When Is It Not The Right Time to Take A Selfie?

On March 26, 2015, a flurry of selfies were taken minutes after the explosion in the East Village of NYC. It was later discovered, two people died in the blast. Before anyone knew about these deaths, visitors to the area whipped out their cell phone cameras and took happy selfies as people who called the place their home ran to see what happened. Not cool? I believe so. Will it happen again? Oh, yes.

When Is It Not The Right Time to Take a Selfie?

On March 26, 2015, a flurry of selfies were taken minutes after the explosion in the East Village of New York City.

On the afternoon of Thursday March 26, My dad phoned me. “Are you downtown?”
“No daddy. I’m at home.”
“I know you go there a lot. Listen, a building exploded there.”
“I was invited to help a buddy that lives there just two hours ago, but I needed to stay in to work on my site, I’m fine Pop. I’m gonna go, I’ve got to make calls, to check on people.” I searched Google for more info. 121 2nd ave. near 7th street was on fire, part of an area I’d shopped in for years and enjoyed was now blasted out into the street.
Moments later, I called Hunter a dear friend that works a few blocks away.
She says, “I was just there. It’s bad. Guess what? As people were running past me looking for friends, trying to get back to their apartments, screaming about their pets, tourist and (visiting) NYU college kids were shooting selfies.”
I flipped. “What the hell, REALLY?”
Even as I flew into a rage, this didn’t surprise me. The speed of it did. To me, it was the callus, instant response, Something is happening! I got to take a picture with me and my friends in front of the commotion! that, spun my head. The reaction I’d want is, Something is happening! Man, that looks bad. Maybe, I can help. To be fair, the latter is common enough but I’d not seen it with an event as serious as a building exploding. The public documentation of an event like this can be helpful in many ways. To stand there with friends, or by ones self, with a huge smile like visiting a Hollywood film set, is not. That is what New York and other cities are devolving into, a film set where the young viewer is so detached, they have no issue not only taking the picture but also posting it online. What was kicker for me? When Hunter told me she saw this, it was only an half and hour or less after the explosion went off. I’ve seen video from that moment, it rocked the area.  If you saw the film by Alfonso Cuaron, Children of men, you understand the horror as the normal world pivots, forming some macabre dance were it would be expected to see people staggering from the wreckage of apartments and shops, freaked out and bloodied. There are sites such as the paper the Gothamist that will show you what that was like. Search there for East Village Explosion. It's too intense for me to post here. If you do, know that up to the clothing store, Enz’s and around the corner three buildings deep, is just a hole now. If you have visited NYC and seen the off Broadway show STOMP this took place across the street. That entire area is still under investigation, even now many people living there are still having a hard time. Apparently, Selfi taking went on for hours during this. The Daily Papers took this phenomena on, they humiliated a few of these individuals.  It seems this knee jerk, “Selfie-Reaction” is still new, a trend of late 30 somethings and younger. I don’t remember any smiling images from early in the moments of  9/11 or even the Boston Marathon when it was bombed, that was only a few years back.

New York is one of the most documented cities in the world, I bet we give both London and Paris a run for their money. The staggering amount of painters, illustrators, photographers, multimedia pros and amateurs working/living within a few blocks of each other in any section of the boroughs, are the equivalent of a cluster of stars in a just a tiny quadrant of space. These types descend on every disaster we’ve had. They've recorded both with awful and incredible imagery. Yet, there is something about turning the camera on yourself with a happy face with flames shooting off in the background, makes me remember conversations I’ve had with friends about the desensitization of humanity.
This Selfie business, and the East Village explosion is now old. News on Twitter, Instagram and Facebook moves as fast as neuromuscular twitches. What triggered my writing on the subject? I recently watched the documentary of Vim Wenders and Juilano Salgado,
The Salt of The Earth, the life and work of (Please forgive the lack of accents and other marks of that nature. My iMac refuses to cooperate.) Sebastiao Salgado. It illustrated when the power of the camera is treated with dignity and respect. The film was tremendous. Not all photojournalist are responsible people, and everyone with a camera built into their smart phone can’t take on the roll of a photojournalist right? Well, why not? With a camera, we are instantly telling a visual story that can by-pass language and travel in seconds. I’ve had friends that, like some “primitive” peoples, they feel, a photo can diminish a bit of your soul, there is some truth to it. We capture what we see, freeze frame life to marvel and ogle it ages after the moment is gone. The person in the image, shooting themselves smiling as part of my city burns, is not the same as he was when he took it moments ago, or when it was posted to twitter, tumbler, Instagram etc, without thinking, its caught them. One young woman I read about said she now regrets taking the image, but it was too late, it lives forever on some server. Many pictures like it are birthed into the world in an instant. People judge it’s maker like they judge the parents of a small, spirited child that runs away into a crowded area with its pants down after a pee in the park.

I’m not surprised at the nature of people but at the same time, I am. We drive cars the same way, eat and do many things without thinking. So, why am I surprised then? I expect better from humanity. As with all of this instant-everything these days, I feel the trend will grow worse but then, it will fall out of fashion and appear tasteless and rude the more it happens. It may take a few years, but I do feel friends will stop friends from posting items with blinding speed, and think about it first.  I feel hopeful there is something in human nature that curtails us from modern society morphing into some form of Dante’s Divine Comedy. The end of Vim Winder’s film showed in breath taking ways one man and his family change how we see the world with the impact of their images, and their understanding. Their ingenuity was sparked after seeing horrors and marvels. The Salgados accomplished something amazing for all mankind. See the movie if you can, I won’t give it away.

Anyhow, I feel there will be a desire to slow down, to re-discover the depth of this medium the way it was when it first came into being, people will start to take picture taking in more serious ways, buying better equipment and camera phones sharper for those that have never held a 35mm. Maybe even upgrading to the newest  starter models  for those that get bitten by the fever of picture taking. I’m seeing it already, ads as I walk about the city, they are stunning travel photos via the Apple iPhone, quiet but jaw dropping pictures from all over the world. I’d like to see even more of them posted throughout the city not just Manhattan, and some that are more gritty or intense. To me those ads in some ways, are not only to buy an iPhone but they show the capability and beauty in candid exploration with a camera. Those images say something to all folks in the future who whip out their smart phones and other devices then, turn the camera on themselves doing something silly, even if there are no epic flames and destruction going on behind them.

“There is a tool in your pocket that records images of time. Shoot Responsibly.”

When Is It Not The Right Time to Take A Selfie?

Thank you Candy. I love the selfies I've taken with friends at parties. This other stuff is surreal to me. Anyhow, thanks again.

Take the selfie, then be selective about when, if ever, to post it for the world to see. You've touched on a very controversial topic. Good job!!

Thanks Will. You may have hit it though, nothing tragic might have happened in their young lives, yet. So, it's not real to them and the way things are shown by the media, in tiny bites. It builds no time to feel rooted or empathetic. It's a moment of tragic news then, on to the game, or what star is dressed like a cabbage at the Oscars. Though, the camera makes people feel important like never before, we don't need Big Brother, we are too busy watching ourselves and each other. That's another story. I'd like to write about that at some point.

Thank you Corey. Yes, there is a disconnect with someone that take such shots, breaking life into tiny chunks without thinking to be viewed later. People like that will shoot a snippet of ANYTHING then, smile in front of it to show they have been there to be a star. Their humanity-filter gets momentarily discarded to look cool for their friends, but more for people they don't even know who follow their posts.

Self-importance has become blind to anything else, blinders to anything that doesn't fit into the frame of small minds with big vanity issues. Tragedy? Later, man, I've gotta take a selfie since I might never get to be present during a horror such as this and act like an asshole at the same time again. But the worst part? The media reported it. Whores chasing whores... both charge and both get paid.

You nailed it. The ubiquity of instant information flow seems to have given many the illusion that life only exists when consumed through tiny windows, snippets and sound bites. When the two start becoming confused, the rules fade. 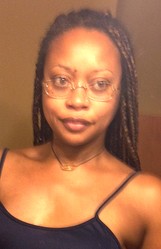