Squares and slices make a simple holiday dessert or teatime snack. Hello Dollies are quick, versatile and never fail to impress even the pickiest guest.

Visiting friends and family on weekends or holidays often means bringing a dish--next time, be sure to pick "dessert" and you can bring these amazing squares. Always a favourite at Christmas and Easter, Hello Dollies are a classic square with a crumb crust and nuts, dried fruit and milk chocolate chunks sprinkled on top. I've developed a new version using white chocolate and to date, they are still the number one requested treat from all of my friends.

Why Are They Called "Hello Dollies?"

It's a cute name--but where did it come from?

Why are these delicious treats called Hello Dollies? Most likely, it is from a recipe published in a food column around 1965 while the musical Hello, Dolly! was enjoying its reign as the longest running musical in history. Following the practice of naming cakes after British monarchy, food columnist Clementine Paddleford named this recipe, submitted by a reader, after the popular musical.

The original recipe called for a graham cracker base topped with chocolate chips, chopped walnuts and shredded coconut.  My recipe keeps the chocolate, nut, and dried fruit topping with some slight flavour changes.  Both versions are incredibly decadent in this baker's opinion, but others seem to prefer the white chocolate version. 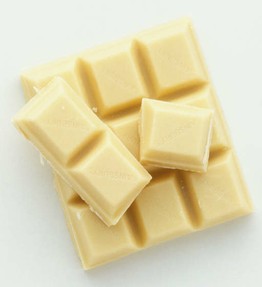 Some of these ingredients may have a regular place in your pantry; others, not so much. Grab chocolate and packets of nuts and fruit when they are on sale--everything keeps just fine in the pantry.

Get out the suacepan and brownie tin--time to make the best dessert ever!

If you can't get your hands on graham cracker crumbs--I know they were hard to come by in the United Kingdom and here in Australia--just use a packet of digestives or similar cookie.  Pop about fifteen cookies into a food processor and process until the cookies are a finely crumbed.  As for the nuts and chocolate, just chop coarsely with a knife.

It is crucial to layer the toppings is the above order to allow the condensed milk to seep through--otherwise, it may fail to spread throughout the toppings and the square will crumble when cut. Allowing the butter to boil will likely cause the base to crumble instead of being hard and crunchy. These squares freeze very well so you can take a few out when company drops by unexpectedly.

Hope you enjoy these--truly my husband's absolute fav--always top on his request list!

We love white chocolate thanks for the great homemade recipe. )K

How To Make Dairy, Sugar and Gluten Free Homemade Chocolate

Love chocolate but hate added sugar? Make your own chocolate quickly at home...

Looking for a fun, easy and pretty Spring themed cookie recipe? Here's some b... 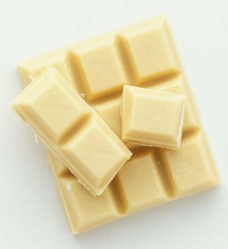 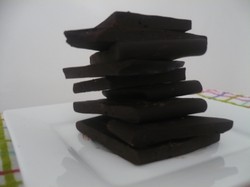 How To Make Dairy, Sugar and Gluten Free Homemade Chocolate

Love chocolate but hate added sugar? Make your own chocolate quickly at home without refined sugar and with loads of chocolatey flavour!
100%  18   13 Marie
Cookies and Brownies 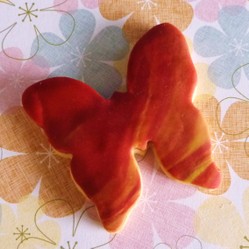