Why are elephant’s endangered species?It is because we are destroying green cover, their habitats with rapid urbanization and industrialization and poaching being another menace.

Our beautiful planet was once inhabited by many exotic creatures that are extinct thanks to the worldwide phenomenon of poaching growing at an alarming rate.

Are elephant’s among the endangered species?

Among the endangered species of the rhinos, the turtles, the grizzly bears, the crocodiles and one of the world’s unique frogs, elephants are also losing their habitats. Elephants are gigantic animals that need space. By space, I mean really large space; elephants require big savannahs and their diets are huge. They require profuse growth of trees, abundance flora and vegetation.

Population of African and Asian elephants is dwindling. Not long ago, there were more than 5 million wild elephants roaming in the heart of jungle freely. Surprisingly and sadly, very few of the forest reserves and elephants remain today. As a result of illegal ivory trade, only 500,000 Asiatic and African elephants exist. The reason is quite obvious - expanding human development and population is taking its toll on the green cover.

The first time I saw an elephant, it was in the circus, I was excited and loved these gigantic animals with tusks. I have also watched elephants in Indian religious festivals and have felt connected to them. Dashera and Diwali in Hyderabad do not happen without the procession of elephants. The elephants are dressed in colorful shawls and also accompany religious functions in temples. Asian elephants were important to ancient Asian culture for thousands of years – you will find that they are domesticated and used for religious functions, transportation and to move extremely heavy objects in villages and jungles of Asia.

Left to me, I would leave these magnificent creatures to the wilderness of jungles.

African elephants live in the densest part of the savannah mostly in Sahara dessert. They also are found in the rainforests of Africa. The Asian elephants are found in southeast of Asia and a few countries such as India, Ceylon and China.

The majestic animals live in segregated parts of jungles where they roam in groups called herds. The forests preserves are encroached easily which are usually under the jurisdiction of underfunded governments. These jungles are not protected and the poor animals are easy targets for the poachers who are equipped with modern equipments and low light night vision goggles.

Elephant are social animals like human beings. They live in small family groups and the head of the group often has the responsibility of protecting the herd. They show each other affection and protect their young ones fiercely. They are loyal animals and have wonderful memory. Elephants are intelligent animals.

The attentive mother looks after her calf for many years, till it matures. Elephants mature at an age between 12 and 15 years. Elephants are known to demonstrate complete understanding of their fellow members in the family. They do not hesitate to take care of weak and wounded members, they often mourn for a dead companion too.

The elephants are the largest mammals on the land barring whales in the ocean. African elephants are bigger that Asian counterparts and have larger ears than their cousins. You can easily identify the difference. These are the only 2 species that are surviving amidst changing climate and diminishing habitats.

Their origin lies in the secrets of the common ungulates, a former order of hoofed animals. The evidence in East Africa points out ancient fossil remains of their ancestors. The earlier remains from the archaeological diggings are proof that the elephants were a constant companion of men serving them in the wars as well.

Which elephant is bigger?

Elephant Paintings and Posters on Ebay

WriterArtist, Thank you for the photos, practicalities and products.
Did you read about elephants dying trying to save a baby elephant and one another at the Khao Yai National Park waterfall? They exhibited grief, as elephants always are known to do, and immense ingenuity and valor throughout this experience.
Me too, I love elephants, of whom one of my favorites is Ganesh!

I didn't know elephants were juveniles for so very long and that their mother cared for them all that time. how interesting! Sad that poachers want those tusks, I can certainly live very happily without anything made of ivory.

@Telesto - You really had a funny experience with the elephant. As much as I love animals, I am scared to go near them. I prefer them in their natural habitats and not as slaves of human beings. I have a special feeling for elephants and I don't feel good about animals kept in captivity. Coming back to elephants, they are intelligent and have a good memory. They will not forget an incidence or an event that easily. They are sharp and majestic at their size.

I really wish I'd found this page before, I love elephants and love this article. They are such tremendous creatures and have a great sense of humour. When I was in the North of India, a few years back, our driver stopped by the roadside to let me get out and take some photographs. A mahout was riding his elephant along the same side of the road, and they caught up with us as I was outside of the car. I started trying to take a photograph of the elephant, and she sucked up water from a nearby puddle and sprayed it all over me! Everyone in the car and the mahout all found it highly amusing too!

Hi Sandyspider and Katiem,
We really have to protect our wild life . Deforestation on massive scale leaves little for the creatures in jungle, their habitats thus diminishing they have less chances of survival.

We need to protect the elephant. They are magnificent animals.

I agree we should do everything we can to protect each and every Elephant, we can all do something regardless of how small or big.

Nickupton,
You have clearly pointed out one of the root causes that is endangering many species on the planet. I hope awareness among the people increases and the people who are responsible for their destruction put to task and punished.

Often it is said that poor people are the poachers of elephants. Here in Thailand elephant poaching is on the increase and those behind it are powerful politicians and the police. People who have spoken out against them find themselves intimidated and prosecuted for ridiculous things while the heads of the poaching rings go unpunished.

Non Governmental organisations battle against these problems but working with governments of such countries is a waste of time as it is these corrupt people who are the problem.

Katiem,
Thanks for the tweet. And yes, they are huge yet cute creatures. We ought to protect what is left of the planet's amazing flora and fauna.

Decorating girl’s rooms may seem like a daunting task and yet it can be very ...

Cute Wedding Favors of Seashells and Starfish Decor for Beach ...

Getting married on the beach is often enough to create a stir for people who ...

The Elephant Whisperer: My Life with the Herd in the African W...
75%  5   9 WriterArtist
Fun Bedrooms for Kids 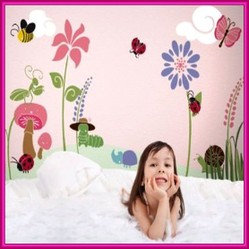 Decorating girl’s rooms may seem like a daunting task and yet it can be very exciting. The palette of shades that appeal to the girls bedrooms are huge and so are the themes.
82%  7   9 WriterArtist
Beach Weddings 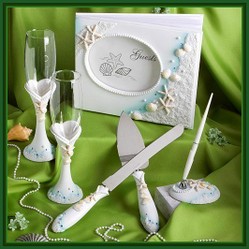 Getting married on the beach is often enough to create a stir for people who love sea. Wedding favors of marine life such as seashells and starfish décor are the perfect presents.
Loading ...
Error!