A discussion about which camera one prefers. This argument seems to rage whenever I get together with anyone who is a keen photographer.

Which was the first ever Digital Camera and does it matter? 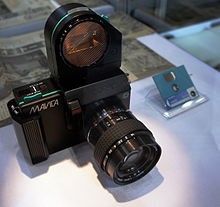 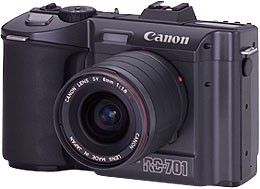 CANON RC-701 STILL VIDEO CAMERA - 1986 ~ Canon was the first to market a still video camera, the professional model RC-701 (one source states that the 1981 Sony Mavica was marketed, but this has not been independently verified as of yet). If the claims are correct then Canon certainly made their version smaller. 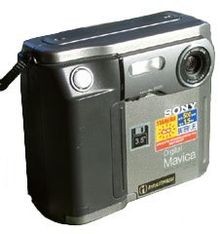 This is a photo of the first ever Digital Camera I used.  It was in 1997 and a colleague had just come back from Singapore when flood struck Durban and the Coast of KwaZulu Natal.  I was asked by the Munich-Re of Germany to look at some damage.  The lady who owned it lent it to me and I spent the day looking at the water damage.  Even before the water had drained away the photographs had been sent digitally to Johannesburg ~ impressive service and I was hooked. From then on I have always bought Sony Digitals.

The Nikon D1is the first of their digital single-lens reflex camera range introduced on June 15, 1999. It featured a 2.7megapixel image sensor, 4.5 frames per second continuous shooting, and accepted the full range of Nikon F-mount lenses.The first generation has only primitive picture and white balance adjustments. They started with the D1 of 1999 and continues in 2008 with the D40.

Mainly because I have owned a previous Sony W30 Point and Shoot and because one of my daughters, the one takes the best photographs in the family, has owned three.  And they are all operate with the same software and similar functions buttons.  Then there is the simplicity.  Both the Nikon and Canon range seemed to me to be far more complicated.  Finally there is the picture quality. 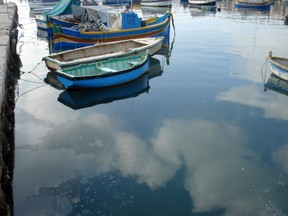 This is a photograph I took in Malta.  This is in my Picasa Album situated as shown below.  The versatility of the Sony A390 suits me as an Amateur Photographer who has no intention of turning professional.

The Canon and Nikon are more versatile for the Pro and their servce is second to none.  I have a friend whose son is a Pro and who was accredited as an official photographer when Kate and Wills were married. Nikon did a complete service of all his equipment without any charge so that there would be no glitches that could embarrass him or them.  I don't need that sort of service.

A professional photographer friend who lives in Okinawa has the Nikon range whilst another semi-professional friend in Okinawa has a Canon.  My "Japanese" daughter has a Canon, my "Canadian" daughter-in-law has a Canon as does her mother.  Many of my friends have Canons. But for me the prrof of the pudding is in the eating and if you look at my Picasa Albums you will see that proof.  https://picasaweb.google.com/112585359012706310860/ReflectionsOfMalta#slideshow/5576590269383312466

A few photographic examples taken with a Sony A390 DSLR

A Few Sony Digital Cameras for you look at

Some Canon Cameras for you to look at

Just so you can compare

A few Nikon Cameras for you to look at

Just so you can compare

Anyone want to chat about Sony A390 DSLR's or Photography in general, please feel free. I warn you in advance that I am an amateur so don't get too techncal.

I'm partial to Sony myself..The Mavia was a great start.

I have wondered if the Sony Point and Shoot was good and this convinced me! great article !! 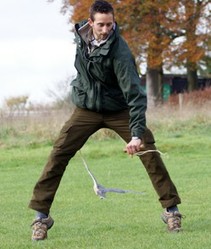 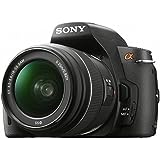 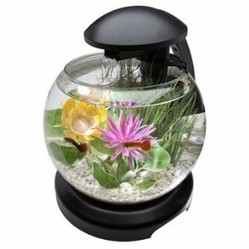