Will Camilla, Duchess of Cornwall, Ever Become Queen?

The Royal Family are in the public eye a lot, especially Camilla, Duchess of Cornwall. Will she ever become queen considering she was a divorcee?

Camilla Parker Bowles married Prince Charles on April 9, 2005. It was the second marriage for both of them, which led to a number of issues about whether Camilla will ever become the Queen of England and whether Prince Charles can still remain the heir apparent as the first born son of Queen Elizabeth II and Prince Phillip.

It is worth looking back through history and at other events to determine whether the two will ever take the throne. After all, Prince Phillip is rumoured to favour his grandson being the next King of Great Britain and Ireland instead.

One king chose love over his throne. Edward VIII decided to marry a divorcee and it lead to him abdicating. 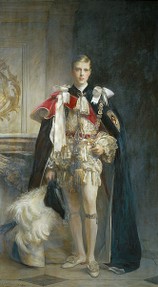 In 1936, George VI became king. However, he was the second son of George V and wife Mary of Teck, so how did he become king? There was no death in the family, after all. It was because Edward VIII decided to abdicate the throne before his coronation in favour of love.

Edward had met an American divorcee, Mrs. Wallis Simpson, and wanted to marry her. The King of Great Britain and Ireland could not marry a divorcee due to being the Supreme Governor of the Church of England. Mrs. Simpson had not just been divorced once; by the time of their marriage, she had divorced a second time.

The Church of England does not allow people to remarry when their ex-spouses are still living. Of course, remarriage does happen but they occur through civil ceremonies and not in a church.

However, this was not the only reason that Edward VIII found himself forced to abdicate. The people and government of the United Kingdom and many of the countries in the Commonwealth didn’t support the marriage. Wallis Simpson was not favourable after two failed marriages and people feared that she wanted the power and money; not her husband.

They did marry in the end, so Wallis may have really loved Edward, and they remained married until Edward’s death in 1982. George VI gave his brother the title Duke of Windsor.

If Prince Charles becomes king, his wife will automatically take his title and become the queen consort.

Considering the fact that it was the people who were against Edward’s consort, it is possible for Prince Charles to still become King of Great Britain and Northern Ireland after the death of his mother. Edward abdicated because he knew the people wouldn’t accept Wallis as his consort but he was unwilling to let her go.

While Camilla Parker Bowles was unpopular with the British people at first, she has grown on them. Many hated the fact that Charles divorced from Princess Diana and Diana reportedly said “well, there were three of us in the marriage, so it was a bit crowded”, making it clear that Camilla was part of the reason for her and Charles’ divorce.

However, Charles loved Camilla and wanted to marry her before marrying Diana. It was the Queen Mother, his grandmother, who put a stop to that. When Charles decided that Camilla was going to remain a part of his life, he hired Mark Bollard to refresh his own image and improve Camilla’s as a way to improve the peoples’ view. It certainly worked. In 1998, just 40% of people supported their marriage but by 2005, when they announced their engagement, 65% of people supported it, according to a YouGov pole.

After they married, it helped that Camilla didn’t use the title Princess of Wales, which is still strongly thought of as Princess Diana’s title. Instead, she styled herself Duchess of Cornwall out of respect.

Charles being divorced doesn’t affect the crown. After all, kings before him have been divorced and remarried (just look at Henry VIII!).

Is Camilla, Duchess of Cornwall, Catholic?

Could religion cause a problem for Camilla, Duchess of Cornwall? 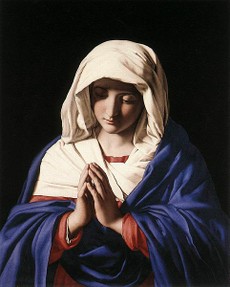 It would seem like religion shouldn’t play a part but when the monarch is the head of the Church of England, it does. After James II, a law was passed to prevent a Roman Catholic ever becoming monarch again and it has worked all this time. So, how can the queen consort be Catholic?

The truth is that Camilla never was Catholic. Her first husband was though and her children have been raised in that religion. Most people assume that Camilla was also Catholic due to her choice of husband.

Had Camilla been a Catholic, Prince Charles would not be able to become king with her as his consort. But religion doesn’t cause a problem.

Will the Public Allow Camilla to Become Queen?

Really, it all depends on whether the people of the United Kingdom and the Commonwealth will allow this to happen.

It’s not whether Camilla is allowed to become Charles’ queen consort; it is whether the people and the government will allow it. Right now, there is support for the marriage and there is no talk of skipping the line of succession to Prince William and his wife, Kate Middleton.

However, there are rumours that Prince Phillip would prefer his wife to choose to skip the line of succession. Currently, there is no confirmation of this rumour. However, there is the fact that the media are still split on Camilla. Some are happy about her while others make it clear that they don’t support her and want to pick at every little thing she does.

Only time will tell whether Camilla will become queen.

Truth, liberty and justice for all? Admirable ideals every country should embrace, regardless of its form of government.

No. cmoneyspinner, it was not you who mentioned scrounging.

Now for Blair [or BLIAR[ as he is known. He might have approached the royals about taxes, but the threat that he posed to liberty was greater than any politician in British history since Cromwell. Furthermore, he was accused of selling honours, but managed to wriggle out of it [lack of evidence!] The country was best rid of him. Give me the royals any day.

@frankbeswick -Whew! Had to go back and check what I wrote. I'm like: ' Crap! Did I say something about scrounging? ' OK. You're not referring to my remarks.

But since it has been mentioned. Wasn't Tony Blair the one who approached the royal family about paying taxes? Saw it in a movie.

You rightly bring up the scrounging accusation. It is unfair. The royal family have an income from the Crown Estates. The money from these estates is delivered to the Treasury, which then gives an allowance to the royal family called the civil list. They don't get anything from tax.

Secondly, they work. Prince William was a rescue pilot and Harry is an officer in the army. Prince Philip is the oldest commissioned officer in the world, as he still is officially the colonel in chief of many regiments, and his role is to chair the regimental benevolent funds that work for servicemen as they age or go into difficulties. The queen herself has to sign every act of parliament and perform official duties. William is now being given more duties as Elizabeth ages, and this is quite right.

@AlexandriaIngham - LOL x2.
(That means laugh out loud and lots of love.)

You can really get conversation going when you start people talking about their homeland, their religion or their opinion of how they run things if they were in charge. :)

England is an ally. Long as there is no war between US and y'all, you can have whatever kind of government you want. If you're happy, who cares what outsiders think? If they expatriate and go live in England then what they say counts. Otherwise, they just talking smack.

P.S. USA did have a royal family. The Kennedys. :)

Sorry I'm coming back to this so late! I was following the comments on my phone but struggle to log in and reply from it.

@cmoneyspinner: Thanks for sharing your views and opinions. I was speaking to an American friend yesterday who loves the royal family and says she'd love America to have one! I remember at William and Kate's wedding in 2011, the news teams interviewed so many Americans who had come over to see it all and knew more about the royal family than many Brits!

As for the powers, the Queen does have the final say. She can refuse to approve a bill but it's convention that she will allow it. The only time a monarch used the right to refuse was Queen Anne in 1705 (I think that's the right year off the top of my head), when she refused to allow the Scottish militia to form fearing that they would try to overthrow her and stop Britain from forming.

Personally, I'm a big fan of the royal family. It's our heritage and there is just so much history rooted in it. But, you can probably tell I'm a fan from my writing ;) Each to their own though. There are plenty of people in the UK who don't see the point of the royal family and view them as scrounging off the taxpayer (usually because they don't know enough about the royal family to know the truth).

Right, but not only that. There were issues about the selling of public honours, but there was never sufficient evidence to convict him. Though we all knew that he was as guilty as hell of all this and of making unjust war and telling lies.

Oh yeah! I remember Tony Blair. No one trusts him? It's probably because he (Blair) trusted our one time President (who admits to making 14 decisions during his administration) to give him correct information to make a decision about sending British troops to support the war in Iraq and that pissed off the Brits. Right?

I'm just guessing. IDK what goes on behind closed doors. As for Queen Lizzie, l like the old gal. I think she's a diplomatic peacemaker par excellence and useful for public relations. But that son of hers? Sorry! He is not a chip off the old block!

Bye the bye, I don't keep up politics. So if none of my comments are fact-based and just a lot of hot air, that's why! :)

My husband is from the Bahamas and grew up when his country was a British colony and relocated to the United States shortly after the Bahamians got their independence. He is now a naturalized American citizen. But he's more in tune with politics than I am.

Tony Blair, our one time prime minister! No one trusts him.

The prime minister is not the head of state, as he/she is technically under the monarch, though with more power in a consitutional monarchy like ours. 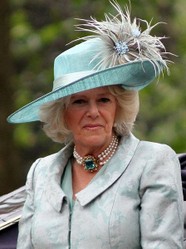 King Edward VIII: The definitive portrait of the Duke of Windsor
100%  43   18 frankbeswick
Other History