Windows 10 Vs MacOSX: Which is better?

The Windows Vs Mac war has been growing for years - but has it reached a tipping point?

When it comes to choosing your personal computer, it's always a choice of hardware, brand and of course, operating system. Let us take a look at the two currently most used operating systems, Windows 10 and MacOSX. Windows as a platform is currently used by 90% of desktop and laptop PC’s followed by MacOSX with 7%.

Windows 10 first came out as a free update to all existing Windows users. For those who have not upgraded by now, it costs 120$ for the Home version and 199$ for Pro version. Although the latest MacOSX system comes free, It is only available on Apple devices that cost more than 1,000$.

What are the options when we talk about hardware customization? MacOSX comes installed only on Mac devices. These devices are known to be strong, however there is no room for improvement. Each year, new devices are introduced, and the only option for the user is to buy a whole new product.

Windows, on the other hand, can be installed on any desktop PC, and plenty of manufacturers choose to ship their laptops with Windows pre-installed. Each of these devices running Windows can be fully customized by users to meet their requirements. This allows a choice between price and performance depending on the task that the PC needs to do on a daily bases.

MacOSX is known for its simplicity and is therefore user friendly. Although Apple optimizes their apps for maximum performance, they have a more closed approach for app developers. This means that their users deal with viruses, but more exclusivity in terms of content and software. Here lies the limit of OSX, as it is probably the main reason for Window's dominant market share.

Windows 10 made several crucial moves to lift their operating system above others. Cross-platform features allow the same applications to work on all devices. This includes mobile phones, tablets, windows laptop's and desktops. They all offer the same interface which means that there is no learning curve between two different devices. This unique approach allows developers to build their applications only once, and ship them to all devices, which saves both money and time. Another neat feature is full support for touch-screens. Being able to switch between a mouse and keyboard interface and a touch interface greatly increases both productivity and creativity. For this reason most new Windows laptops come with screens sensitive to touch. It is also worth mentioning that Windows has the most advanced features when it comes to gaming. DirectX is proven to have the best performance for the games and this greatly contributes towards such high sale numbers. Microsoft also placed an effort to bring console games closer to PC’s with their feature called “Xbox Live” available through windows “Store” app. Overall, Windows offers a vast variety of features that appeal to even the more average user.

Your choice between Windows and MacOSX depends on your budget and needs. While MacOSX can offer a sleek design, it comes with certain limitations. In the end, it seems that Windows ultimately offers better solutions for both business and gaming.

How to Dust a Computer

The grills on your PC let out the heat, but they also attract dust and dirt. ...

All kinds of things fall in the cracks between your sweat coated keys. So how do you safely clean your PC's keyboard?
100%  29   15 JoHarrington
Computer Hardware 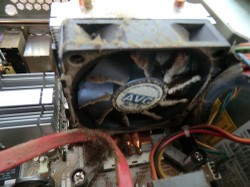 How to Dust a Computer

The grills on your PC let out the heat, but they also attract dust and dirt. Too much of that and everything will grind to a halt.
Loading ...
Error!