How to identify and distinguish the wood poppy native to eastern North America, from the invasive lesser celandine, a similar plant native to Europe.

In woodlands of eastern North America, there are two widespread species that look like poppies and bloom yellow. One is native, and is a natural part of healthy ecosystems, but the other is an invasive species, introduced from Europe, which has negative impacts on the ecology.

This page will tell you a little bit about each species, and help you to identify them.

If you live in the UK or Europe, you may also find this page helpful, but bear in mind that in Europe it is the North American wood poppy that is invasive, and the Greater Celandine that is the natural part of the local ecosystems.

About The Two Species: What's The Big Deal?

Greater celandine, Chelidonium majus, is a yellow-flowering plant in the poppy family.  I first noticed this plant on my travels in Europe, where it is widespread.  It is one of many plants that has been introduced to North America, where it has become invasive, harming local ecosystems because it out-competes native plants, but few insects eat it.

The Wood Poppy, also called Celandine Poppy or Poppywort, Stylophorum diphyllum, is native to North America, and fills a similar ecological niche to the invasive greater celandine.  Although it is still common in some areas, and has even expanded its range due to being planted as a garden plant, it has become endangered in parts of its range, such as in Ontario.

By learning to distinguish between these two species, you will be able to help with removing greater celandine when it occurs in North America, as well as by encouraging the native wood poppy.

How To Identify And Distinguish These Plants

The two species are easily distinguished by seed pods, flowers, or leaves.

Although at first glance they look similar, I find that with some practice, the plants can be easy to identify at any time of year.  The easiest way to distinguish them, which can be done without looking closely, is their seed pods.

Below you will see these species side-by-side.

The wood poppy has wider, floppier petals that nearly always overlap. Greater celandine has narrower petals that sometimes have spaces between them.

Below I have included un-labelled pictures.  Try ID-ing each one using the tips above, and then scroll down to check your answers below.

Check your answers; if you got any wrong, refer back to the keys at the top of the page.

Do you feel confident IDing these two plants?

Why is It Important To Garden With Native Plants?

More of My Pages on Plants and Ecology

The American Holly Tree - Range, Growing Requirements, and Ecology
Use of American Holly tree in gardening and landscaping; growing requirements, size, and advantages over non-native hollies when grown in or near its native range.

Blue Wood Aster or Heartleaf Aster
The blue wood aster, Symphyotrichum cordifolium, a wildflower native to eastern North America: growing info and uses for this plant in gardening and landscaping.

Benefits of Forests for Humans
Benefits of rainforests to humans, moderation of climate, temperature, rainfall, and wind, economic value of forests, etc.
Updated: 06/27/2017, cazort
Thank you! Would you like to post a comment now?
7

Oops thanks, silly me, I'll fix this right now!

Thanks, I hadn't heard of this other distinction with the hairiness of the stems, but it's super obvious now that I look at it! Thank you so much for chiming in and adding that bit of info!

Also note that the young stems on the Greater poppy are covered in dense white hairs, while in the wood poppy they are more sparsely covered in pale greenish hairs. 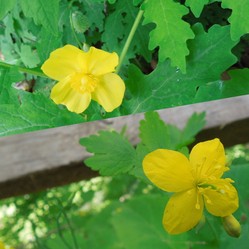 White snakeroot, Ageratina altissima, is a wildflower native to Eastern North America; here learn how to identify it, how to grow it, and how it supports the local ecosystems.
100%  19   10 dustytoes
Perennials 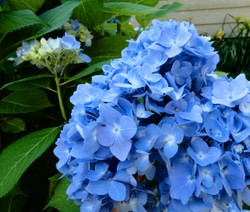 Here you can familiarize yourself with the varieties of hydrangeas available to beautify your landscape.
Loading ...
Error!