Woodlands are rich in a variety of different types of fungus.

Walk through any European and North American woodland, especially if you go off the paths, and you will light upon a great variety of types of fungus. Some will be small and unspectacular, while others can be large. There are too many types to give you anything other than a taster here,for in Britain alone there are six thousand species of fungus, and that's not including the microscopic ones or the ones that you will not recognize as fungi. I will cover some of the main kinds. If you value your forests you must value not only their trees, but the fungi in them.

The picture above shows an oyster fungus. Image courtesy of Evachel. Creative commons

Firstly, this is not  a forager's guide to  what you can and cannot pick, for to know which fungi you can eat you need to do careful research and know exactly what you are picking, and for that you need a comprehensive guide book. This  is a guide to what can be seen, not what can be eaten. It is important to realize that mushrooms are fungi that you can eat and that toadstools are fungi that are either inedible or poisonous.Both are fungi, members of a taxonomical kingdom that is neither animal nor plant. Fungi have no chlorophyll, no  roots  and they are air breathers, which makes them different from plants. What people regard as roots, the fine network of hyphae below the fungus, is called the mycilium, and the fungus is the fruiting body that develops when the threads in the mycilium join together.

Fungi are often beneficial to plants. In mychorrhizal fungi the complex mycilium works symbiotically with the roots, with the roots pumping oxygen down to the fungus, while  the fungus sends water and mineral nutrients up to the tree.  In fact fungi often grow  in association with specific type of tree, for example,the poisonous Gyomitra esculunta likes sandy soil in the proximity of  pine trees  and the edible oyster mushroom Pleurotes ostreatus grows on dead wood.

In proximity to oak and occasionally beech trees grows the woodland's deadliest fungus,Amanita phalloides, the Death Cap, the name saying all you need to know about its edibility. Members of the genus Amanita are all characterized by having white gills and spots,sometimes large, sometimes specks, and they have sticky tops. They are the classical fairy toadstool of the children's stories. They vary in their degree of toxicity, but the only safe way to deal with them is don't  eat. When my children once touched an Amanita pantherina I made them wipe their hands to prevent ingestion of the sticky substance on the top if  they sucked their fingers. Strangely enough, Death Caps can be eaten with no ill effects by rabbits, which shows  that it is not always true that if animals  can eat something so can we we.

The two fungi that you see above look rather conventional, but they differ.The red spotty one is from the genus  Amanita. All are characterized by a spotty top and white gills underneath. They are poisonous to varying degrees. One,Caesar's mushroom that grows in Alpine forests, is prized as a delicacy, but others range from the one whose poison breaks down when cooking, through to Death Cap. You need to avoid eating any one of this genus of fungi. Look, enjoy the view, but don't eat-ever. Strangely the name Fly Agaric is a misnomer, as it is not a member of the genus Agaricus, but of the genus Amanita

Yet you also see a bolete. Boleti are very different from Amanitas,and generally have a short, stubby stem [stipe.]  Underneath they are significantly different from other fungi, for they often though not always have a sponge-like appearance rather than gills. Most boleti are edible, but not all are palatable. The cep [penny bun] is a delicacy, but others include peppery bolete [too fierce] and Satan bolete, whose name suggests that it is somewhat antisocial, as it is mildly poisonous. But all poisonous boletes have red somewhere on the stipe. However, boletes are not always worth picking. Once at Alderley Edge I spotted a very large specimen and investigated, only to find that the maggots had reached it first and it was not worth picking.

Another fungus type unpopular with foresters and arborists is Honey Fungus. This fungus was a few years ago subject to a report from North America, I am unsure whether it was the United States or Canada, where an arborist had discovered a patch of honey fungus so large that it was deemed the largest living creature on the planet.  Yet foresters dread its presence, as its dark, bootlace-like hyphae ingest the wood of living trees and render them useless for forestry purposes.It is edible, but beware, for some people suffer an allergic reaction to it. I have never heard of a  fatal reaction, but I avoid eating it, sweet though it is said to be.

The wood mushroom,Agaricus silvicola, looks like the mushroom you buy from the shops, as it is a member of the Agaric genus, but it will give you stomach ache. One sign that you have picked  a poisonous agaric is that its flesh goes yellow when picked.

I included honey fungus in the section above because its hyphae  travel through the ground and it looks like the conventional.mushroom. But there are others.

One that I have foraged and  grown myself at home is the oyster fungus, which you can see in the thumbnail sketch at the top of the article. This grows on dead stumps and is perfectly edible, but beware, it does not keep more than a day or two.  It is  great for mixing into soups.

Another category of edible fungi is cup fungi, these are small fungi with jelly-like texture and a cup shape that grow on trees. The example in the picture below sows an example of dried Auriculariae auricularia-judae. I am told that cup fungi are edible, and I have eaten this species in a stew, but only once, it is unpectacular and would be famine food.

Better examples include the bracket fungi. These are not poisonous, but only some are edible. They all grow on trees, and include the large white birch polypore that grows so often in my area. Piptoporus betulinus is sometimes known as the razor strop fungus, possibly because it was sometimes used as a sharpening tool for cut throat razors. But there is also Fistulina hepatica, beef steak fungus, whose reddish flesh is said to taste like beef, I cannot verify this claim from experience. There is also Trametes versicolor, whose bands of colour led the colonists of America to call it Turkey Tail. This  is not poisonous, but too  tough to  eat.

But an edible one, though a nuisance to arborists,is Sulfur polypore, shown below. This species is sometimes known as chicken of the Woods, as its flesh tastes like chicken. but it is responsible for heart rot in living trees, in which heart-shaped patches occur in the trunk.

One of the strangest types is the truffle. Unlike most other species whose fruiting body is above ground, the truffle's fruiting body is below ground,  and it is a delicacy. People used to use pigs and/or  truffle  hounds to unearth them. There are two  kinds, black and white truffles, and the black are the greater delicacy of the two. No one has successfully managed to farm truffles, and the person who succeeds in doing so, should this ever happen, will probably get rich.  In Britain we can find white truffles in the South West, but nowhere else, but the black truffle just will not grow in our island. But I  live in the North West of England and so have never found one.

The woodlands are replete with  a dazzling array of fungi, too many for me to deal with here. What I have given is just a sample of the many types of that can be found dissolving dead and dying wood, and sometimes living wood as well, feeding on the leaf mold of the forest floor and working their way through soil. They are essential to the ecosystems of our planet and without them the web of life would unravel.

If you want to know more about fungi of any kind the book below is one of the best there is for informing you.

All images are from Pixabay

Mushrooms contain moisture,so might be damaged by freezing.Oyster are quite soft,so I would not think that it freezes well. But mushrooms can be kept in a normal refrigerator.

I'd meant to ask a related question along with my giant puffball- and oyster mushroom-related comments below.

Would you or your sister or your wife happen to know if mushrooms freeze well? (I worry that I may need to collect and freeze black trumpet, chicken-of-the-wood, old-man-of-the-wood and yellowfoot after I try giant puffball this weekend. One type per week would mean five more weeks all tolled ;-{)

Giant puffball is next -- this weekend, when it'll be lightly fried -- on my culinary results from applying west-pond field mushrooms here to your sister's scrumptious east-pond, Irish Beacan Bruithe recipe.

I like the way the oyster mushrooms turned out this past weekend. My feline sentients liked the oyster-mushroomed Beacan Bruithe too. They serve as scent-testers and sometimes as taste-testers (for example, they like salads, but not for some reason the carrots, which they politely flick to the side of the bowl).

Derdriu, I have read that giant puffball is best lightly fried.

This weekend I expect to make Veronica's recipe for Beacan Bruithe.

I intend to apply your observations by making it with oyster mushrooms. If I like Beacan Bruithe -- why wouldn't I considering the cultural source and your sister as top-notch recipe-shareress -- I probably will try black trumpet, chicken-of-the-wood, giant puffball, old-man-of-the-wood and yellowfoot one by one and then perhaps them all together.

If only we knew what makes truffles so sensitive to the right conditions!

I am familiar with all except black trumpet, yellowfoot, and old man of the woods, which do not seem common over here. I cannot comment on what they taste like in a medley, but I think that oyster mushroom goes well in many dishes.

Also, I'd meant to ask another somewhat related question, which deals with such edible mushrooms as chicken-of-the-woods and oyster that occur on your side of the (Atlantic) pond.

This weekend looks like a go for making the Beacan Bruithe recipe that Veronica has in her Balnamoon Skink wizzley. The recipe mentions field mushrooms.

Would you be familiar with how less or more pleasing it is to eat the above-mentioned mushrooms? If so, would it taste better to select one kind or to mix them all together?

In particular, of all the information in all the paragraphs throughout this entertainingly, excellently educational wizzley, I mull the dilemma in your subheading Other Species of delightful truffles that resist cultivation. What prevents their growing other than wildly?

The Lorax is an amazing book by Dr. Seuss that addresses environmental conser...

This is an article on the wildlife of Madhya Pradesh. This article intends to... 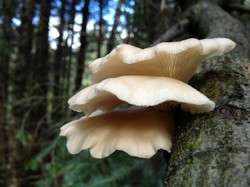 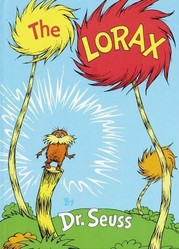 The Lorax is an amazing book by Dr. Seuss that addresses environmental conservation in a simple and direct way that will teach kids (and adults) about the importance of trees.
65%  2   9 pateluday
Forest Conservation 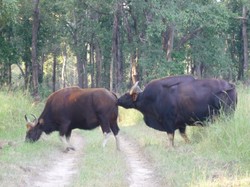 This is an article on the wildlife of Madhya Pradesh. This article intends to deliver introductory information on mammals and reptiles found here and conservation in the State.
Loading ...
Error!