World mint videos are collected into channels, and these can provide information and entertainment to coin collectors and to the curious.

World mint videos can be found for many of the major mints. These are often collected in YouTube channels. It is far better to view the official coin channels, which are full of accurate information, than a video by an individual who takes five minutes unwrapping a package containing coins. The images are of the highest quality, and the videos are professionally made. They get right to the point, and do not have needless information. The mints are privy to the coin designs before the coins are released, so the videos can be released quickly after the coins become available.

Mint videos cover more than new coins. They can be virtual mint tours. And they can show the minting process. These topics are of interest to a wide audience.

Select a channel and scroll finished the video topics until you find the one you like. Or, just start the channel. They will feed one after the other and will not get unwanted videos as long as the mint has another to follow the one being viewed.

Videos Are Better than Still Images

The videos can show both sides of a coin, but the slow rotation brings into view even the coin’s edges.  The coin can be viewed from a variety of angles as it rotates.

Often a video presents a collection of coins, which can be viewed as a group and also viewed individually.

Then there often is the voice that describes the coin synchronized to the visual presentation.

Another advantage of using videos is that the video can explain the history behind the design on the coin.  This can be a significant plus.

The United States Mint has an official YouTube channel.  It is an extensive channel with well over one hundred videos.  Subscription to this channel is highly recommended.

The Royal Mint is the second oldest operating mint in the world.  It was authorized by William the Conqueror.  The YouTube channel has several titled strips of videos, one of which is devoted to bullion coins.

Monnaie de Paris, the French Mint, has a video channel on YouTube.  The Monnaie de Paris is the oldest operating mint, being older than the Royal Mint.  Unfortunately, the videos are in French, but even if you do not speak French the videos speak for themselves.

The Royal Dutch Mint makes coins for several nations.  It has a YouTube channel.

The Perth Mint in Australia has a YouTube channel.  It is a quite popular channel with over five thousand subscribers.  The Perth Mint is an old mint that evolved from a Royal Mint branch mint.  It dates to the time when Australia was part of the British Empire.

In the days of William the Conqueror, the Monnaie de Paris was already minting coins for France. He would, coming from Normandy, known of French coinage. Did it have an influence? Well, money already existed in Britain with the Roman coinage, and even British tribal coinage from southeastern Britain. And those coins were influenced by coinage of Gaul and Greece. So, how much did Monnaie de Paris influence him we cannot know. Monnaie de Paris is the oldest operating mint, but many before, including mobile mints that went with Roman legions so the soldiers could get paid existed. They are now defunct.

The reason the Canadian videos are half in English and half in French is because there is a significant French speaking group in France. Mere subtitles would be considered unfair, the voice must be in French, and that requires a second video.

blackspanielgallery, Thank you for the practicalities and products. Is it known whether William the Conqueror had direct, indirect, or no interactions with the Monnaie de Paris?
You mention that "Because any official release by the Canadian government must be in both English and in French, half of the videos are in English, and the other half of the videos are in French." Why wouldn't all the videos be bilingually structured?

y collection is small, and kept in the bank. That is unpleasant. However, my small coin business is what I am concentrating, so when I get a coin from the bank box it is to be mailed to a customer.
As a seller of coins I did some looking for words that are being sought, and the royal Mint is apparently the most popular worldwide. Here, U. S. and Canadian coins sell best.
In your country is a private mint called Pobjoy Mint that produces for small parts of the commonwealth, like the Isle of Man, Gibraltar, and the British Virgin Islands.

I had never really even thought about the Mint in other countries or even considered about them being on You Tube.

BSG, how extensive is your coin collection ? Do you have a particular theme or are they sorted into countries ? 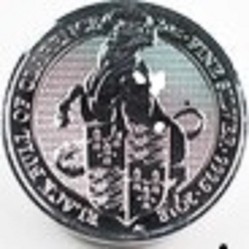