Wyoming - One of the Best Places to Retire for Survivalists

Wyoming state legislators are considering the protection of the residents of their state if the Federal Government cannot. It could become one of the safest places to retire.

While many people across the United States are openly mocking Wyoming state representative David Miller for sponsoring a bill to protect Wyoming in the event that the Federal government cannot, I have to admit that I've been secretly pleased with him. You see, Wyoming has always played an important role in my own survivalist strategy. I only hope that any plan - that the Task Force charged with ensuring Wyoming's survival crafts - won't bar any refugees from the state of Massachusetts from landing there in an emergency. So why is there so much mockery Rep. Miller's Bill No. 85? I honestly went to read the actual language of the bill expecting to find a crackpot idea. I did not. So if you do fear for the future of this country and its Federal government, Wyoming might just be the perfect place for you to retire. Of course, you don't have to be retired, you can want to protect a young family as well.

The task force will also be charged with setting up a strategy for the coordination between the Governor's office / Wyoming National Guard and any Federal troops stationed in the state during a crisis. Of course food and energy are always a concern and and House Bill 85 requires the Task Force to prepare for a disruption in both.

I think some of the bad press has come from the fact that before the representatives would allow Bill 85 to move forward they deleted a provision that would have considered a navy and aircraft carrier for Wyoming.

Nestled safely in the US Interior

For those of you who might not know just where Wyoming is, take a look on the map above. The marker to the left is Wyoming. The marker to the right is Cape Cod, Massachusetts, where I live. Don't get me wrong. I love living near the beach. BUT.... Well have you ever heard of Cumbre Vieja. That's a volcanic ridge. Yep. That's the marker to the far right. There are theories that propose that when an eruption causes a large chunk of this to fall into the ocean, it will create a mega-tsunami. The southern coast of England will be destroyed in 3.5 hours. I get about six hours to get out of Dodge on the east coast. Quite frankly I won't be the only one looking for higher ground. It will affect the entire East Coast from New England to Washington DC and beyond. Do you honestly think people will tell the senators and representatives, you first? No, it's not just a rapid decline in the value of the dollar that could cause civil unrest and take out our Federal government. My money is on Mother Nature.

Who is Wyoming Representative David Miller

Rep. Miller is originally from Chillicothe, Maryland and was born in 1953. He has a BS from the University of Missouri, graduating in 1975. He is a geologist (hmm I wonder what he thinks about Cumbre Vieja?) and resides in Riverton, Wyoming. Miller has represented District 55 since 2001. He is a Republican.

Who Else is Sponsoring House Bill 85?

Yes you can retire to Wyoming, nestled safely in the interior away from tsunamis.

This may be the best kept secret get a way for those of us who'd just a soon be left alone, I have a duel personality, I love all the moving and shaking technology of today's busy world and yet the writer in me often wants to disappear and become invisible. Wyoming sounds pretty good. By the time I'm ready to retire to my obscure writing I'm confident you will have helped me sort that out. Thanks enjoying the journey for now.

Not me. I'm just wondering if they'd shut down the Wyoming borders in an extreme crisis. 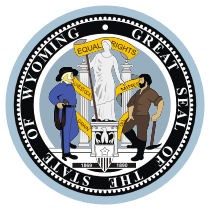 Enjoy breathtaking Autumn landscapes, easy treks to Boston, Worcester or Providence and the tranquility of living in a luxurious over-55 retirement coummunity.
42%  5   4 Nelda_Hoxie
Retirement Communities