When Your Toddler Won't Eat

Sensible advice about toddlers and food from a parent educator who's been there. Find out exactly how much your little one really needs and get tips to encourage good nutrition.

Do you have the Food Blues at your house? You know what I mean -- your toddler presses those lips tight and absolutely refuses to eat another bite, no matter how much you plead and cajole. It's not the toddler who feels blue about it, though -- it's you! The little one just wants to get down and play.

You want to be sure your children are getting all the goodness and nutrition they need. And you work so hard to prepare the very best meals. Why won't they eat them? And what can you do about it?

Be confident! Be relaxed!

What a Toddler Needs to Eat:

How Much Does My Child Need to Eat?

Although toddlers may be very active, they are not growing as quickly now as they did while still infants, so they actually need fewer calories. You may notice that your little one who used to seem so hungry now seems less interested in food and may even sometimes refuse to eat. This is not necessarily the case -- you may not notice a change at all -- but often parents do notice a change in how much the toddler wants to eat.

It’s always a good idea to report changes to your pediatrician, especially if you are worried about them. But don’t over-stress, as many parents have experienced the same thing and it’s not necessarily a reason for concern. Unless your doctor tells you that your little one really does need more calories than he or she is taking in, it's okay to relax about it. Some children respond to their parents’ emotions over food, even the unspoken ones. One response the child may have is to say a resounding “NO!” to food. But keep your own emotion out of it. Just provide the food and act as if you don’t really care if they eat it or not. If the child is hungry, the child will eat.

Have You Had Any Challenges in Getting Your Toddler to Eat?

What Has Your Experience Been?

Here Are Some Tips to Getting Your Child to Eat:

Some Ideas for Meals and Snacks

Recipe Book for Babies and Toddlers

Whose Job Is It to Make My Child Eat?

What Am I Responsible for -- What Do I Do?

Basic Advice for Parents of Toddlers:

You are responsible for when, where, and what to serve your child. In other words, if you don't want your child to get used to eating junk food, don't make it one of the options.

Also, if you want your child to eat at the table, make that the place where food is served.

Even if your child refused to eat broccoli yesterday, you can still choose to offer it again today. It has been said that you may have to offer something 17 times before a child will try it. Just offer it, but don't force the issue. When a child has seen it and smelled it and gotten used to the idea of it (as long as they don't feel forced), they just may decide to try it and find out they really do like it after all. (Think of the book Green Eggs and Ham, by Dr. Seuss.)

The child, on the other hand, decides if and how much to eat.

Strange as it may seem, young children know when they're hungry and when they've had enough and are full. For the child's future health, you don't want to interrupt the natural hunger cues that your child has built into his system and that he can learn to recognize. Yes, you want to be sure you feed your child healthy and nutritious food, but it's not a good idea to overfeed, either. Insisting a child continues eating after he's no longer hungry can lead to obesity later on. So can linking eating to emotions.

Other things that can affect a child's eating habits are the child's temperament and the child's metabolism. Very active children whose bodies burn a lot of calories may just need to eat more than a child whose metabolism is slower.

Here Are Some More Articles You May Enjoy

About Toddlers and Food

Toddler Recipes
Many toddlers are picky about food. Here are some fun toddler recipes to make you smile. These recipes let toddler help prepare the food and will make eating the food more fun.

Food and Your Child

Toddler Recipes
Food Issues with Your Little One? Let's get them making a few snacks for themselves!

Of course, one of the best ways to help pique a child's interest in food is to let them help prepare it. The articles mentioned above give simple recipes that a child can help make.

You can also increase a child's interest in food through games and puzzles and "pretend food" that the child can play make believe with. With a few toys that let the child get used to the idea of vegetables and lets them "feed" the vegetables to a doll or teddy bear, your child may get over their own squeamishness about those little green things.

It's worth a try!

Good luck with your food journey! And please let me know how it's going. You can leave a message below. If you have a question, I'll try to answer it. Maybe someone else with kids has discovered a strategy that's worked for them and will share it with you, too.

And please leave your own tips. Others will benefit from your wisdom!

Dress-Up Dolls
Dress-up dolls help kids learn how to zip zippers and button buttons. Teaching children hand-eye coordination and fine motor skills lets them feel that "I can do it myself!"
Updated: 03/09/2019, sheilamarie
Thank you! Would you like to post a comment now?
6

Comments: Tell Us Some of Your Food Experiences With Toddlers and Young Children!

Mira, I agree -- when kids are involved with food preparations, they're much more willing to taste the food. I'm fascinated by the in utero studies, too. Thanks for sharing those thoughts.

Frank, I have a nephew who was the same way and now towers over everyone. Some kids go through "food jags" when they will only eat certain colored foods (such as white) or one particular food. Still it's important to encourage good eating habits in kids.

Don't worry! My younger brother, as a young child was a very fussy eater, which upset my mother, as I at the same age was a human food consumption machine. As a young mother she got worked up and convinced herself that her baby would starve to death [Mother tended to get easily worked up.] But my level headed grandfather,her father, who generally tended to be right,simply said, "Don't worry. He will eat when he is hungry." He did. He is now the physically tallest of the Beswick males and never suffered any nutrition problems.

These are such great tips! I love it, for instance, when parents involve their children in the preparation of the meals. It takes a lot of patience, but it's worth it.

Looking at what 2uesday wrote, I'll add that I read that if the mother eats fast food when she's pregnant, this will develop a preference for fast food in the child. It's probably more a taste preference than anything else, but in any case, it seemed very interesting. As is the fact, proven or not, that the music the mother listens to when pregnant models the child's brain.

Great ideas, 2uesday! Sharing our own experiences can sometimes help someone else who is pulling out her hair trying to get a child to eat.

Pressure often makes matters worse. I agree with you that letting a child have choices between healthy options gives them some control without doing harm.

One of the strongest influences is making healthy choices in what we as adults eat. Especially very young children are great imitators!

I love your picnic idea, Lou, and the way you make eating fun for DD. That's what meal times are all about -- enjoying each other's company while we refuel our bodies.

I've tried a number of different things, one time when dd was going through her fussy stage I collected a small selection of food - arranged it on a plate as though I was setting a buffet table and then put down a picnic rug on the floor and placed the plate on that. DD asked for a picnic lunch on a regular basis after that and used to eat all of the healthy foods I had there.

Thanks for the info! I can use all the help I can get!

Many toddlers are picky about food. Here are some fun toddler recipes to make...

Beet cake is healthy and delicious! Beets add color and goodness to your cake... 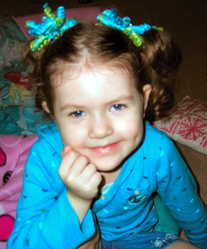 The Baby and Toddler Cookbook: Fresh, Homemade Foods for a Hea...
42%  3   5 sheilamarie
Recipes for Kids

Many toddlers are picky about food. Here are some fun toddler recipes to make you smile. These recipes let toddler help prepare the food and will make eating the food more fun.
58%  6   6 sheilamarie
Cupcakes Beet cake is healthy and delicious! Beets add color and goodness to your cake and to other baked goods.
Loading ...
Error!