In 1965 the Supremes were a sensation. I was only eleven years old but here's my personal encounter with the three stars.

It was 1965 and summertime. I had just finished fifth grade and was a pretty good reader. That’s why I noticed when we drove past the Hampton Casino that The Supremes were featured that weekend. It was written right there on the marquee, and I made it a point to read every sign that we passed.

I had seen the Supremes before on the Ed Sullivan Show and I pictured in my mind the three women with the big hair and the coordinated dresses, the way they moved perfectly in sinc and their silky smooth voices singing songs of love.

"Where Did Our Love Go?"

"Where Did Our Love Go" was their first big hit, and I knew all the words by heart. Their second top ten hit was “Baby Love.” That one was playing on the radio at least once an hour. I didn’t like it as well as the first song because I didn’t think they should use the word baby so much. Some of the kids thought it was a real baby they were singing about, and being a baby was not something I wanted to be, that’s for sure.

I was the youngest one of the group of kids in the car that day, and I knew some of the others wished I had been left home. I was Maureen’s little sister and all of her friends were even older than she was. They thought it was stupid that I tagged along with them. It was only because Linda, the oldest one, stuck up for me that they put up with me at all. I had to show them I was not a baby. That was one reason why that song bothered me.

But the Supremes were cool. They were neat, that’s what they were.

“Stop in the Name of Love”

Can We Get Their Autographs?

We were only on the beach about ten minutes when I saw the people a few blankets away. They stood out because they didn’t just have a tan like all the other teenagers who were slathered with coconut oil; they had dark brown skin naturally. One of them was the skinniest woman I had ever seen. I knew right away who they were.

When I said so, the other kids laughed at me. “You’re just saying that because they look different! You’re so stupid!”

“No, I recognize them. I saw them on TV. They’re playing at the Casino this weekend. Didn’t you read the sign?”

But they weren’t listening to me. They were noticing the people who started coming by the other people’s blanket with little bits of paper. The girls were scribbling on the papers and giving them back.

“They’re getting autographs! Let’s go see if we can get some, too!”

In Pursuit of the Stars

We ran over, but just before we got there, the girls had gotten up and were leaving the beach. They had annoyed looks on their faces and were wearing large sunglasses and floppy hats.

“Come on, we’ll follow them!” We scooped up our beach towels and our bags with our transistor radios and our peanut butter and jelly sandwiches and ran -- as inconspicuously as possible -- after the girls who were now wrapped in their beach towels so that all we could see were their flip flopped feet slipping into the crowd. They separated. We followed one down the side street and almost lost her, but then there they were, all three, sitting on the lounge chairs by the motel tucked into a back street.

They didn’t look the way they did on Ed Sullivan now. All the glitz was gone. They sat there on the chairs looking, well, bored. They would have rather been at the beach, I felt sure, relaxing and maybe playing in the waves a bit. Instead they were stuck in the shade on a motel porch.

We sat on a ledge across the street, over a little way but where we could get a good look. Shall we go over and talk to them? No, it was decided. They’d only run away again. We watched and watched, but there was nothing to see, just three women who didn’t look very happy about sitting there.

Then along came a boyfriend who had been with them on the beach.

We Didn't Want to Bother the Supremes, but After All . . .

He was carrying more of their stuff and a cardboard tray with three paper cups with straws. He must be with them. No one else on the beach was that tanned. One of our older friends went up to him, Linda I’m thinking, who after all, was already a teenager.

“Do you know them? Could you ask them for their autographs? We don’t want to bother them.”

He looked at us all with a big grin. “Well, sure! What do you want them to write on?”

We scrambled. Some of the girls had books they tore a strip of paper from. I picked up an old Lucky Strike cigarette wrapper from the sidewalk and handed it to him.

He crossed the street chuckling under his breath, then laughing to the girls who still looked a bit grumpy. They each scribbled something on the papers he held out to them. Then he spoke to them again and they turned, all three, and smiled those big smiles and waved at us.

That’s when they looked all Ed Sullivan again. I could imagine them then with hair done up and fancy dresses on. We waved back, laughing and giggling.

Autographs of the Supremes

The man returned with our precious autographs, which we each cherished in our boxes of treasures for years to come. I remember taking out my Lucky Strike souvenir while listening to the Supremes on the radio years later and tracing the names Flo, Mary, and Diana, three girls, a few years older than we were, learning what it means to be stars.

That was the Motown style back in the day. Both groups of men and of women had choreographed moves while singing their songs.

Enjoyed the YouTube video by Supremes. They look awesome, their steps extremely co-ordinated, graceful and in unison. Reminds me of the 80s melodious songs.

You're welcome, Tolovaj. It's fun to remember those days.

Isn't interesting how some music sounds fresh even after decades? The Supremes are one of the artists with that magic. Thanks for sharing their story!

What a story. I listened to them growing up as well. What memories.

Me, too. It gets me bopping about the house.

Oh my these songs bring back great memories, I love listening to music from the era when we were youngER :-)

Sandy, I was so young at the time that it all seemed so dreamy.

Wonderful story to see the Supremes and get their autographs. A memory that you can always treasure.

Well, I treasured those autographs and some others I managed to get, but sadly lost them all when my parents moved out of my childhood home. I was already grown up and lived far away and couldn't get back to salvage my treasures. 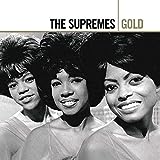 This is my tribute to Jimi Hendrix who I regard as one of the finest ever guitar players and a pioneer of modern popular music.
61%  7   6 Mira
Bands By Mira at Wizzley. Notes on the Delta Machine Tour concert Depeche Mode gave in Bucharest, Romania on May 15, 2013. Includes setlist and photos.
Loading ...
Error!