I started doing Zumba once a week with my sister-in-law and now I can't stop! Why is this workout so insanely fun and effective?

Learning how to Zumba may look like a daunting task but if you'll jump in and get those hips moving you'll find that the basic steps for Zumba are easy to learn and that the weight will fall off of you and you'll have the time of your life!

Several months ago my sister-in-law invited me over to her house to do a workout. she and my brother had just purchased the Kinnect for their Xbox 360 and it had arrived with the Zumba Fitness Party disc, which comes for both Wii and Kinnect. She had tried it out and loved it but really wanted a workout partner and I had not the slightest idea what I was getting into, and I had no idea how to Zumba.

10 minutes into our session I was totally lost. I had never danced before, and the steps were a little bit over my head. In spite of that, though, I was having a great time, and was already feeling the burn. It didn’t take all that long to catch on, and even without knowing the steps I felt like I was getting a great workout. The upbeat music made it easy to keep in constant motion and I was sweating more than I had a long time. The further we got the more comfortable I became and it only took two or three sessions for me to feel like I was really rockin it out.

The trend towards dance workouts is easy to understand. People have always wanted their exercise to be fun. Using music to motivate people, and keep their momentum going has also been a technique that has been in use for many years. Even just marching rythms to keep people in step and motivated are very effective.

The basic steps for Zumba are pretty easy- as long as you stick with a basic routine. You can dress it up and keep advancing until you’re dong some pretty intense steps, but if you start with a few essential steps you can get a great workout and have a lot of fun doing it. There are a lot of video clips available on the web that will show you the steps, though it’s hard to find one that actually breaks them down in slow motion. You can start with the Que Te Mueve, reggaeton and salsa travel step being simplified in this video that shows you how to really work it and breaks it down into usable steps.

Don't Worry! It Gets Harder!

Eventually you will move past the basic steps for zumba and learn the salsa, samba, reggaeton, calypso, cumbia, quebredita and several different hip-hop styles. Each of these becomes a full body workout when you add intense arm choreography and keep them moving fast. The best way to learn them for real is to get a DVD, Kinnect or Wii and work with it every day. The Amazon zumba category has some really great products that are really inexpensive. Start out watching the feet of your instructor and get the feet right first. It will probably take several weeks for your legs to get in shape enough and your brain to get choreographed well enough that you can mindlessly step through your routine. At that point you can add your arm work in and start putting your sexy on.

To get the most out of any workout you need to make sure that you keep your butt tucked and your pelvis tilted forward. Keep your shoulders back, your head high and your legs bent. Any workout can be intensified by keeping your posture good and every muscle in your body burning - even in the basic steps stage! Keep breathing deep and regular- no matter how fast your heart rate gets, make sure that you’re breathing deep into your diaphragm and drink a lot of water!

The Key To Knowing Exactly How To Zumba

All you need to do to make Zumba work for you is to KEEP MOVING and HAVE FUN! Don't worry about how you look or whether or not you're getting it right- if you keep at it you will catch on, and if you keep moving then you will keep shedding pounds! Before you know it you will pass up all your friends who are stuck on the basic steps for zumba and start looking like a pro who has been doing this all of her life and you will be enjoying the new you that has toned abs and glutes!

Choose the Right Shoes to Amplify Your Performance!

Check out my guide to choosing the perfect Zumba shoes here on Wizzley! It will make a world of difference to have the right gear on your feet!

What's best is if you can find a zumba partner! My sister-in-law and I get together once a week to do it.

I never tried Zumba but after reading this I want to now!

I went ahead and wrote a guide on choosing the perfect zumba shoes- it's here on wizzley! http://wizzley.com/the-best-choice-fo...

Hey Yeirl! That's very true! Either bare feet, dance shoes or very thin soled tennis shoes are essential. Thanks so much for pointing that out! There are way too many slides and turns for regular sneakers. :)

I used to do it with my kids, and we loved it! Zumba is an intense dance exercise, but you get to have your 'moves', too. Doing Mambo (or Salsa) moves with sneakers is a lot harder than I thought... no gliding...have to pick up my feet. After one hour of exercise, I couldn't even walk straight for a few minutes...

Tips To Help You Stay On A Fitness Routine

Committing to an exercie regimen can be difficult...here are some tips to hel...

It doesn't matter what you look like when you're dancing, as long as you shak... 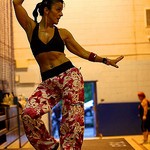 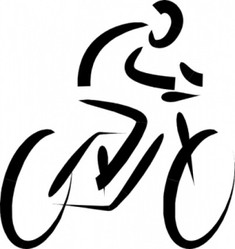 Tips To Help You Stay On A Fitness Routine

Committing to an exercie regimen can be difficult...here are some tips to help you stay on track!
34%  2   4 thegoodvillager
Exercises 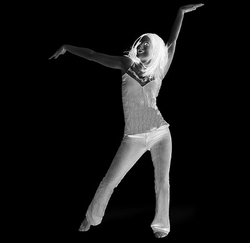 It doesn't matter what you look like when you're dancing, as long as you shake something and shake it real good.
Loading ...
Error!