10 Kick Ass Women Entrepreneurs In The Tech Industry I Admire

Women in tech are rising! Here's a list of the most powerful, influential, and "kickass" women in tech that I admire.

Earlier this year, Forbes magazine said that 2014 is the year of the woman entrepreneur, particularly in the tech industry.

Statistics that show nothing but positive numbers support this claim. According to a research commissioned by American Express OPEN, the past decade saw a 56.6% increase in women-owned firms with at least $10M in revenues. This fact seems to fuel the increase in support from venture capitalists on women-led companies. In the first half of 2013, for instance, deals struck with VCs increased to 20% from 2012.

Here's a list of the 10 kick ass women entrepreneurs who are shaking up Silicon Valley and the tech industry in general. These talented women are leaving their marks everywhere, from e-commerce to best-selling apps.

As the CEO of one of the biggest search engines on the planet, Marissa Mayer is no doubt one of the powerful figures in the tech and startup industry. Once an employee of Google and often cited as the company's first female engineer, Marissa joined Yahoo! on July 2012.

The world was shocked when she decided to acquire Tumblr for approximately $1.1 billion, a bold move that is now profiting Yahoo! Aside from Tumblr, Marissa's high-profile acquisition includes Summly, an app capable of gisting news information to fit smartphones.

Aside from running Yahoo! Marissa is also a key venture capitalist, supporting startups such as Brit+Co. Last year, she introduced a performance review system based on a bell curve ranking system. Employees that fall below the curve suffer the consequence of getting fired.

Jessica Lessin is a former tech reporter at the Wall Street Journal. When she resigned, she founded The Information, a tech news site that you must pay $399 to gain access to their articles.

Many media insiders are laughing about this business model, but it looks like Jessica has the last laugh. The Information was the first to spill the details on tech's biggest news and newsmakers; for instance, YouTube's new CEO and Apple's iWatch.

Caterina Fake appeared on Time Magazine's 100 Most Influential list in 2006. Other than that, she appeared on the cover of Newsweek, and has won numerous awards including Forbes 2005 eGang.

What did she accomplish to deserve these awards? Caterina Fake, a Vassar College alum, co-founded Flickr, one of the world's most popular photo-sharing sites. It can be remembered that in 2005, Yahoo! bought the company for $35 million.

Another website Caterina co-founded in 2009 was Hunch, a site that is classified as an intelligent decision-making system based on a user's interest. eBay reportedly bough the company for a whopping $80 million.

Hailed as the Martha Stewart of Silicon Valley and proclaimed as the first app-lebrity, Brit Morin is a 28-year-old powerhouse whose career has branched out on television.

Brit owns a DIY community / e-commerce website called Brit+Co, which raised more than $6 million from prominent VCs such as Marissa Mayer. When she's not busy running her company, she's seen as a tech correspondent for Katie Couric's Katie, and as a lifestyle contributor for the Today show.

It looks like Jessica Lessin is not the only one banking on tech news and information. Kara Swisher, also a former Wall Street Journal employee, has teamed up with another technology columnist, Walter S. Mossberg, to set up a news site called re/code.

Re/code is only a few months old, but it's already backed by two media giants, NBC Universal and Windsor Media.

Susan Wojcicki is the first woman ever hired by Google founders, Sergey Brin and Larry Page. Now, she's the CEO of Youtube, the world's second most popular search engine, next to Google. Aside from Youtube, Susan's responsibility spans all Google's ad products. Under her leadership, Google's ad revenues in 2012 was $50 billion.

Susan is no doubt influential and powerful, but she has managed to kept a low profile. She was often cited as the most important figure in advertising, and she has consistently made it to Forbes' Powerful List since 2010.

Ann Miura-Ko is hailed by Forbes as the "most powerful woman in startups." Her venture capital firm called Floodgate has helped startups such as Chegg and Okta develop into what they are today. Investing alongside private investors and firms, Floodgate's deals range from $50,000 investments to more than $3 million.

When not managing her company, Ann Miura-Ko can be seen at Stanford University, where she is also a lecturer. Among Ann's investment interests include "e-commerce, security, and big data," according to its official bio.

Jessica Herrin started Stella & Dot, a jewelry company valued to be at $450 million. Although Jessica's success story is not characterized by a rags-to-riches plot, hers was as interesting.

Already a Dell executive at the time, she started selling her jewelry in her living room. But because she's a shrewd businesswoman who was able to combine old entrepreunership models with ecommerce and social media, she's now on top of her game.

Before Carolyn Everson was working as an ad executive at Facebook, she was working in ad sales at MTV. She was even a part of a group that was convincing MTV to buy the social networking site.

When Carolyn Everson walked into Facebook in 2011, revenues from ads started to pour in. Today, thanks to Carolyn's team, Facebook is reportedly making over $1 billion every quarter in ads alone.

Theresia Gouw Ranzetta is a rising superstar in Silicon Valley, according to Time Magazine. As a venture capitalist, she was instrumental in Accel's top investments to date including Interlace Systems, Zimbra, and Xoopit.

Based on this list, these women superstars are clearly on top of their game by exploiting certain areas of technology, particularly social media, e-commerce, and mobile applications. These women are leading the pack, and they're slowly changing Silicon Valley from a boy's club into a diverse community of tech leaders and entrepreneurs.

How About You? Who Do You Admire? 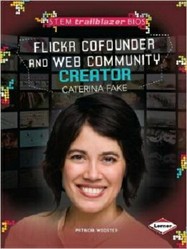 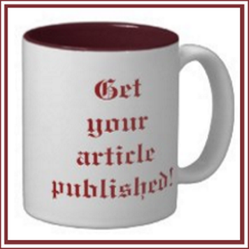