First-hand consumer review of the 2014 Chevy Cruze including what is good about it and what could use some improvement.

A couple months ago, I started having some car troubles and, rather than invest even more money into my 2005 Chrysler PT Cruiser, I decided to lease a new car. This ended up being the 2014 Chevy Cruze.
I made this purchase almost solely on price and, because I was in a little bit of a hurry (I didn't know how much longer my old car would stay running), I didn't do nearly as much research as I probably should have and ultimately made this transaction with very limited knowledge about the vehicle.
Fortunately, this did turn out to be a good decision for me overall. However, while there are plenty of things I love about this car, there are also some things that are in need of improvement. 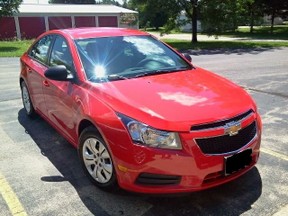 One of the main reasons why I zeroed in on the 2014 Cruze, besides the fact it fit in my monthly budget, was the size. Now that my kids are a little older, I don't need as large of a car and wanted something that could save me some money on gas each month.

So far, that has been the case. Roughly 99 percent of my driving is within the city limits and I average a little less than 27 miles-per-gallon with this car, a significant improvement over what I had with the PT Cruiser. To put a dollar amount on that, I spend about $25 less per month on gas.

There were two other things I liked about this car when I first looked at it in the lot. The first is the back seat actually has a lot more leg room than you would think a smaller car like this would have. It's probably still a little too cramped for the average adult. But, for kids, it's perfect. My daughters have plenty of leg room and just enough space between them to prevent fights. The fact there is a built-in cup holder is also a nice touch that has gotten quite a bit of use.

The other thing I liked about this car is the trunk space. This was something I really did not like about the PT Cruiser because it was a hatchback and, unless the back seat was folded down (something that was impossible to do with the kids back there), space was somewhat limited. This car has quite a bit of storage in the trunk and I could see that coming in handy on our next family road trip. I should mention my daughters like having a trunk too because it's easier for them to close it without help.

One other recent discovery about this vehicle was the heater. It warms up much faster than I expected it to. This has already come in handy when clearing frost-covered windows and I expect it to be something that I will definitely appreciate once winter gets here.

As I said before, I didn't do a ton of research about this car before acquiring it and, as a result, there were some pleasant surprises in store for me after I drove it off the lot. 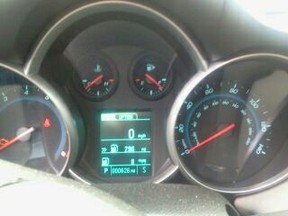 The first thing that really surprised me about this car is how quickly it accelerates. The first few weeks after buying it, I had to be careful to watch my speed because the car sped up considerably faster than my PT Cruiser and even our Mitsubishi Outlander. In fact, I once drove pass a police officer while doing 85 miles-per-hour when the speed limit was 55. Fortunately, he appeared to have something better to do and didn't pull me over.

Another thing I discovered about this car that I love is how the oil changes are determined. This has always been a problem for me because it takes me forever to reach 3000 miles (again, I do most of my driving in the city) and it's hard to justify taking a car in for an oil change every three months when you don't have a lot of miles on it. The oil changes on this car are actually determined by the oil itself. The car monitors the quality and, when it reaches 20 percent, it's time to change it. This will save me a ton of headaches and guesswork.

In addition to letting you monitor your oil quality, the control panel also has settings that tell you the battery level (something that will come in handy when it starts getting colder) and will even show you the tire pressure in each of your tires. The latter is something I really like because I have now driven two cars that told me if I had a low tire but still required me to get the tire gauge out to figure out which one it was.

Some Things that Could Be Improved 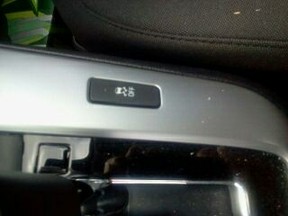 I think the biggest sacrifice I had to make with this car is the lack of storage space up front. There aren't a whole lot of places to stash things like CDs, at least not if you plan on having a passenger up front with you. And, this isn't even something I think could even be fully explained by it being a smaller car. There doesn't seem to be all that much less room up front than what I had in my PT Cruiser and that car had plenty of places to stash stuff.

Another pet peeve that my wife personally has about the car is there are no arm rests inside of it. This isn't that big of a deal for me because I never used one anyway. But, she likes having that and was very disappointed when she didn't.

One thing that is a bit of a nuisance for me is where Chevy decided to place the traction control off switch. This is a button that, at least from my understanding, is only meant to be used in certain situations (such as when you are trying to get your car unstuck). Yet, Chevy placed it right by the gear stick where it is very easy to accidentally bump it. This has actually happened to us about a half dozen times since I got the car. I'm not exactly sure why exactly they decided to place it there, but at minimum, they should have made it a little more difficult to do that.

The only thing I have noticed performance wise about this car is it does, on occasion, seem to have a little lull when I press on the gas pedal. However, it's nothing that has had any serious effect on my driving.

Also, I should mention this car does sit a little low to the ground and I have, on occasion, bottomed it out. I can only hope that won't happen too much come winter, when there's snow and ice on the streets.

StevenHelmer, Thank you for product lines, pretty pictures and practical information.
Is the built-in cupholder between the rear seats -- that would be so nice! -- or in the door pockets or on the tray between the front seats?

Three Things You Should Know Before Switching to Hosted PBX

Hosted PBX is a great product for many businesses but, like all services, isn...

Review of the EAA AirVenture Museum in Oshkosh, WI

I visited this museum with my wife and daughter. Read to find out what I thou...

I took my family here this past weekend. Read to find out what I thought of it. 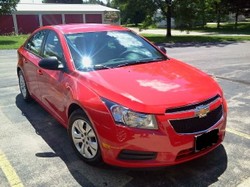 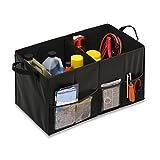 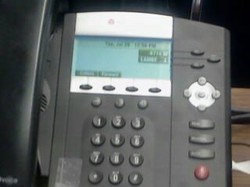 Three Things You Should Know Before Switching to Hosted PBX

Hosted PBX is a great product for many businesses but, like all services, isn't necessarily the right choice for you. Read to find out three things you should know about it.
29%  3   3 StevenHelmer
Wisconsin 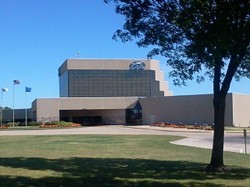 Review of the EAA AirVenture Museum in Oshkosh, WI

I visited this museum with my wife and daughter. Read to find out what I thought of it.
36%  3   4 StevenHelmer
Wisconsin 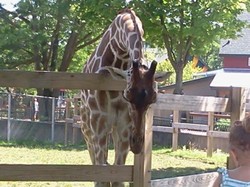 I took my family here this past weekend. Read to find out what I thought of it.
Loading ...
Error!