A review of the 1988 mystery/drama based on the television show Law & Order.

Synopsis: Three years after punching a corrupt politician and being demoted to investigating domestic dispute claims in Staten Island, Det. Mike Logan is present when a murdered prostitute's body is found and he is eventually given an opportunity to help find her killer. The case ultimately takes him back to his old precinct, where he learns an unknown dirty cop might be involved.

After several days of binge watching, my wife is finally caught up on her favorite shows and I was able to find a movie to watch with her last night. I came across this one on YouTube TV a few days ago and decided to give it a try.

I have never watched the original Law & Order series, other than the occasional stray rerun, when I can't find anything else on TV and want some background noise. As a result, I only had a basic understanding of who Mike Logan (Noth) was and no upfront knowledge of the events that resulted in his demotion. Fortunately, despite that, this turned out to be a good movie.

I think the thing I liked best about this film was there was a solid mystery. The only thing Logan knew about the victim was she was a prostitute. He didn't know her name, where she lived or where she was murdered. It was fun watching him piece together all those details, including finding her sister (Nicole Ari Parker), through good detective work and a little bit of luck.

The fact there was a dirty cop involved from his old precinct added a little something extra to the mystery as well because, while it became somewhat obvious who killed the woman, it also became apparent he wasn't going to be able to arrest his suspect without finding the cop who helped cover up the crime first. I like how the movie did a fairly decent job throwing in a red herring with this part of the case, making the cop's reveal a bit more of a surprise than I was expecting.

It was also kind of fun watching actors my wife and I are familiar with from Law & Order: Special Victims Unit making appearances in this movie, either in a different role with NYPD or playing a different character completely. I especially loved Ice-T's performance as a pimp, even though he isn't in the movie for very long.

My only real complaint about this movie is I'm not really sure why it bothered giving him a partner (Eskelson). Other than happening to personally know the mob family Logan suspects is involved, she really didn't do a whole lot. In fact, there were times when I felt like the movie just sort of forgot about her completely because she was MIA for chunks of it. In other words, she was one of those characters who could have been left out of he script completely and it wouldn't have changed the movie and that was a bit disappointing.

Even if you haven't watched the series, this is an interesting movie with a decent plot and solid mystery. There are some characters that could have had a bit more of a role but, overall, it is worth taking the time to watch.

StevenHelmer, Thank you for product lines, pretty pictures and practical information.
I'm unfamiliar with Law and Order other than Hawaii Five-O crossovers. But I know of Chris Noth from Cast Away with Tom Hanks. Perhaps the library system lists Exiled in its catalogue since it lists Law and Order.

Would you all happen to have seen Cast Away? 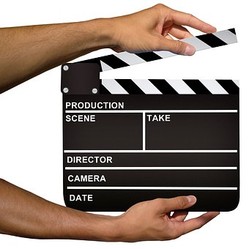 A review of the 1988 thriller starring Chris Sarandon and Brad Dourif.
59%  2   8 StevenHelmer
Thrillers