A review of the microwaveable dessert I purchased at the store for $1.

Description: Chocolate Fudge Brownie dessert from the Michelina's frozen food brand. The dessert was available in one of our local grocery store's freezer sections for $1 and is prepared in the microwave. I purchased this product yesterday afternoon and prepared it for my family to try after dinner last night.

My wife suggested fish for dinner last night, so I stopped at one of our local grocery stores on the way home from the office to pick up some frozen fillets. While there, I decided to check out the frozen desserts and, just as I was about to walk away, spotted this item for $1.

While I had some doubts about brownies you make in the microwave, I decided to grab a couple packages to try. We did that after dinner and my opinion is a bit mixed.

First of all, these wound up looking nothing like the photo on the box. The brownie (and I use that term a bit loosely) didn't have the same thickness and, even after cooking it at the maximum time and letting it set for a few minutes, came out a bit mushy. When I divided it up between the four of us, I had to use a spoon because a spatula wasn't cutting it.

That being said, the dessert did end up being better than expected. I thought it had a decent taste and my kids seemed to enjoy it. I only made one package (saving the second one for a later date) but, had I made both, I'm sure they would have asked for more.

I also have to admit, it was nice being able to make a dessert like this without a lot of time, effort and mess. All I had to do was pull back a corner of the lid, put it in the microwave for 2 minutes and 15 seconds, and let it set for a little while. As someone who hates to bake, I am always going to award points for convenience.

Was it the best dessert I have ever eaten? No. However, it was an OK dessert that was easy to make and was enough for all four of us for just $1. Based on that, I would recommend at least giving this a try.

StevenHelmer, Thank you for practical information, pretty pictures and product lines.
Sometimes mushy chocolate fudge brownies appall me, but sometimes they have their appeal. Perhaps it's like when I like my eggs firm and when I want them runny

What fish goes with with chocolate fudge brownies for dessert? And how was the second box?

Brownies are always a nice treat. I can make some really good ones, but then I have to eat a lot of chocolate and eggs and sugar (or sweetener). I think microwavable options are great, but I would personally remove them from the container they come in before microwaving them.

This review has made me hungry for chocolate. LOL The price and the fact that you can microwave it is wonderful. I didn't know Michelina's made this. 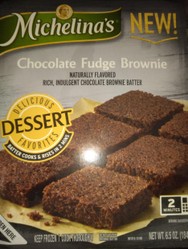 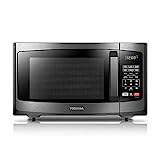 A review of the frozen one-serving lasagna dinner available at Aldi for 99 cents.
78%  2   14 StevenHelmer
Other Food & Cooking