A review of the frozen one-serving lasagna dinner available at Aldi for 99 cents.

Product Description: Single-serving frozen lasagna dinner from the Fit & Active brand sold at Aldi grocery stores. My wife purchased this product, which is sold in 8-ounce packages, a few days ago for 99 cents while doing some grocery shopping at our local branch of Aldi. I ended up making this to eat when I was home for lunch earlier today, cooking it in the microwave.

I Was Left Unimpressed 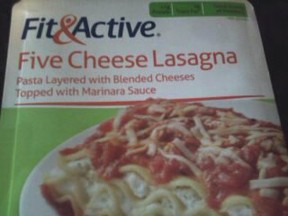 As it turns out, my wife actually purchased this dinner for herself and not for me. However, there was a lack of communication and, because I assumed it was for me, I ended up eating this anyway. Ironically, she got the better end of that deal because, in all honesty, I didn’t think it was very good.

One of the first things I noticed about this product when I first took it out of the microwave and removed the lid was how thin it was. Yes, I understand this was supposed to be a low-calorie meal. But there was nothing at all to this. It also didn’t help that the thinness of this lasagna also resulted in the pasta coming out with a somewhat cardboard-like texture to it (it really was like eating a couple pieces of cardboard with some cheese in between them). 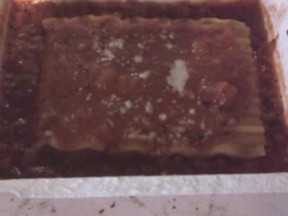 Oh, as you might be able to tell by the photo to the left, it definitely didn't look anything like it did on the box.

Another thing I found I wasn’t crazy about was the sauce. It just tasted strange to me. It was very rich and, if there were any seasonings in it, I honestly had a hard time distinguishing them from the strong tomato flavor. This, combined with the way the pasta turned out, really made this product unappetizing. Though, admittedly, I did finish it.

The lasagna also wasn’t very filling. I ate this and, despite having a pretty bad after taste in my mouth, was back at the fridge looking for something else to eat (I ended up settling on some leftover fish fillets I found in there). This is actually a bit unusual  considering I’ve had similar products in the past (that didn’t offer much in terms of overall quality either) and am usually left satisfied, at least as far as my hunger is concerned.

It is somewhat difficult to argue with the low price and, if you are buying frozen lunches solely on that, this is one that definitely is affordable. However, if you are looking for a product that also offers at least a little bit of quality to it, you’d be better off spending a bit more money on something else.

StevenHelmer, Thank you for pictures, practicalities and product.
Customer satisfaction means that a ready-made product needs to be self-sufficient. Its appeal pulls in a low price that one doesn't want to lose out on by adding ingredients purchased for other purposes. But would additional toppings from your own canned, fresh or frozen supply have made the five-cheese lasagna more appetizing and filling? 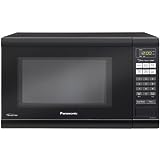