I purchased a package of this soup mix to have with dinner last night. Read to find out why I don't recommend it.

Product Description: Chicken soup mix from the Alessi Brodo di Pollo brand that requires you to add water and boil on the stove for about 20 minutes. I purchase a 6-ounce package of this particular soup mix for $2.69 yesterday while picking up some other things from one of our local grocery stores (it was located by the other soup mixes) and made it as part of a family dinner last night.

Affordable But Not Very Good 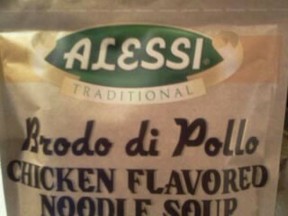 I didn’t originally go to the store with the idea of having soup and grilled cheese sandwiches for dinner last night. However, it was rainy and a bit cool outside and, since that seemed like the perfect compliment for the weather, I ended up changing my menu plans at the last second.

My original intention was to buy a couple cans of soup. But, primarily because of the lower cost (I am on a tight budget until payday); I decided to look at the powdered soup mixes instead. After originally putting a better known brand in my cart, I noticed the Alessi Brodo di Pollo brand up on one of the higher shelves. This was a brand I had not tried before. However, it was about 30 cents cheaper than the brand I had picked up and, based on that, I decided to give it a try.

Making this soup was pretty easy. All I had to do was bring a measured amount of water to a boil, mix in the soup mix and let it simmer. I took it a little further by adding some pre-cooked chicken meat but, even with doing that, this was the easiest thing I made for dinner last night and it was ready to be eaten by the time the sandwiches were done. I will give it a few points for that convenience.

Unfortunately, when it came to overall quality, this product was a sincere disappointment. The soup that resulted from this mix was extremely salty.  And, when I say that, I mean it was salty to the point my wife and I couldn’t even get through a bowl of this (my kids were apparently smart when they declined to even try it). Plus, I continued to taste that salt a couple hours after I threw the rest away. I ended up having to double check to make sure I added enough water and, as far as I can tell, I did follow the instructions to the letter. Since I know the meat that I added separately was unseasoned, I can only assume it was the soup mix itself. 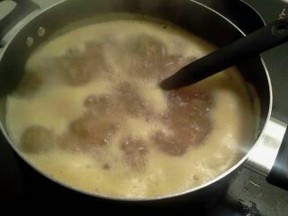 One of my biggest pet peeves when it comes to my household budget is wasted food and, because of that, I will go out of my way to save and reuse leftovers. The fact I didn’t even attempt to do that and, instead, dumped nearly a full pot of soup right into the garbage should give you a good idea about what exactly I thought of this product. I highly recommend avoiding it, especially if you are supposed to be cutting back on your salt.

StevenHelmer, Thank you for the practical information, the pretty picture and the product line.
Did you not leave a final grade because the noodle soup is unacceptable or was it a computer glitch? 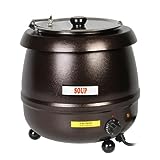 A review of the frozen one-serving lasagna dinner available at Aldi for 99 cents.
74%  1   11 StevenHelmer
Other Food & Cooking

My wife and I purchased a box of these a couple weeks ago and ate them last night. Read to find out what I thought of them.
Loading ...
Error!