I purchased a bag of these Tuesday for dinner. Read to find out what I thought of them.

Product Description: Frozen beer-battered fish fillets from the Gorton's Seafood brand. I purchased a bag of 10 fillets while I was doing some shopping at one of our local grocery stores earlier this week for $6.70. I prepared them in my oven Tuesday night and served them as part of a family fish dinner.

I ended up deciding to have fish for dinner on Tuesday night so, before going to work Tuesday morning, I stopped off at one of our local grocery stores to pick some up. As I mentioned in another review, my selection of frozen fish was somewhat limited at that particular store and, because of that, I ended up deciding to purchase a bag of Gorton's Beer Battered Fish Fillets.

My decision to make this purchase was based primarily on the Gorton's name. I've had other products from this brand in the past and, for the most part at least, have been satisfied with them. And, because of that, I hoped that would be the case this time around as well, especially since, at $6.70, the fillets were a bit more expensive than I had planned on spending. As it turns out, they more than met my expectations.

Since I had some other fish products to make, including shrimp, I cooked these in the oven as per the instructions on the bag. As far as cooking them goes, I had no real complaints. The breading on the fillets didn't come out quite as crispy as I expected. But, they did turn a golden brown. And, unlike many other brands of frozen fish I've tried in the past, these didn't leave a lot of grease or water (one of my biggest pet peeves) on the pan.

The fillets also had a decent flavor to them. I couldn't taste much of the beer in the breading. But, it did have a good blend of seasonings in it. I also thought the fish itself was good. It was definitely higher quality than some of those cheap fillets I'll sometimes buy that are obviously minced fish packed to look like an actual fillet.

In fact, even my youngest daughter, who isn't that much of a fish fan (she'll eat it, but doesn't love it) thought these were pretty good. She didn't eat a whole one. But, she tried part of mine and, unlike so many other times when we've tried her with fish fillets, didn't spit it out. That, alone, says plenty about how good these are.

Again, they were a bit more expensive than I was hoping for. But, unlike many other higher-priced fish brands I've purchased, these were worth the money and I would recommend them as a result of that.

StevenHelmer, Thank you for product lines, pretty pictures and practical information.
In particular, I appreciate keeping in mind what to have on hand for when what I make fresh from the fresh-fish section does not keep up with the number of guests or of re-serving requests. Gorton products are familiar to me and thus far do not disappoint.

What kind of fish was in the fillets? 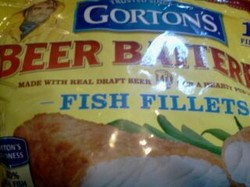 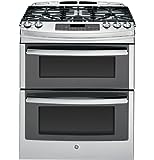 I purchased this pasta earlier this week. Read to find out what I thought about it.
75%  1   13 StevenHelmer
Other Food & Cooking