3 Reasons Why Chlorinated Water Could Be Dangerous

An article on the dangers of chlorinated water and examples of some of the symptoms that could be experienced.

Chlorine is an element in the periodic table with the symbol Cl and the atomic number of 17. Considered to be the second lightest halogen, it has the third highest electronegativity and the highest electron attraction, which makes it a strong agent for oxidation. While elemental Cl is considered to be poisonous and dangerous, chloride ions is a significant component of most forms of life, including human beings.

This chemical element has been used for numerous compounds including table salt, bleach and disinfectants. As of today, the element is being used to disinfect water for different uses. Although it may beneficial, it may pose some serious health risks as well. Here are three reasons why chlorinated water could be hazardous:

1. Chlorine allergy - Although this allergy is quite uncommon for people who are hardly ever exposed to the chemical element, this type of allergy is pretty typical for swimmers in pools or those who are constantly coming in contact with disinfectants and household cleaners containing Cl. The symptoms of this allergic reaction include respiratory problems such as coughing, sneezing and difficulty in breathing, eye irritation with itchiness and watery eyes, extremely dry skin and nausea. These symptoms usually manifest a few minutes after coming in contact with the chemical element.

2. Cancer- The chemical element is being looked at as a potential culprit for the increasing incidence of bladder and breast  cancer among those who drink chlorinated tap water. In a study done in the year 1992 that was published in the July issue of the American Journal of Public Health, it has been discovered that people who drink tap water regularly have a greater risk of developing rectal and bladder cancer compared to those who chose to drink unchlorinated water. Study suggests that eighteen percent of rectal cancer cases and nice percent of bladder cancer cases have been the effects of long-term ingestion of chlorinated water. Another collaborative study done by research scientists at the Shizuoka Prefectural University and National Institute of Health Sciences have discovered that natural organic substances produce a significant reaction when exposed to chlorinated tap water. They form a carcinogenic compound known as MX, which stands for Unknown Mutagen. In the year 1997 in Finland, it has been found out that MX is 170 times more dangerous than other by-products of chlorination.

3. Skin conditions- Whether you swim or consume chlorinated water, your skin just might end up losing more than what you have bargained for. You see, Cl has the ability to destroy the body’s vitamin E and polyunsaturated fatty acids storage all the while creating toxins that can ensure free radical damage (oxidation). Furthermore, chlorinated water is known to kill most of the intestinal flora, the bacteria that helps protect the body from pathogens and digest the food. These bacteria also manufacture important vitamins such as Vitamin K and vitamin B12. In fact, people who used to suffer from skin problems like seborrhea, eczema, psoriasis and acne experienced their skin clearing up when they switched to unchlorinated drinking water.

While government officials tell their citizens that chlorinated water is safe for consumption, it is still better safe than sorry. Shift to unchlorinated water now and get away from being continuously exposed to chlorine. 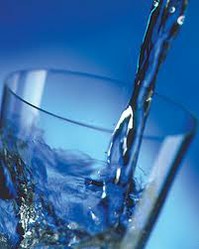 APOS therapy saved my life. I was on a fast downhill spin into disability, seeing only surgery on the horizon and then these shoes came along and got me back on my feet.
Loading ...
Error!