Do you love romantic movies? Need a Good cry? One of these films will do the job nicely. 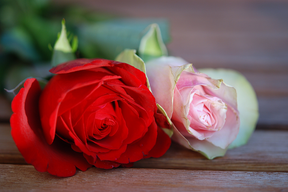 Sometimes you feel like a good cry while other times you don't expect to get emotional at all. But there's something about crying that can actually make you feel a little bit better. This is especially true if you've been having relationship problems or you're just feeling lonely. The interesting thing about some of the best romantic movies is they can hit anyone without warning. Whether you are perpetually single or happily married, some of these movies cut to the heart of human emotion. They're able to make those tears run down your face even if you happen to be perfectly satisfied with your own romantic life. And if you're not, then you can bet to the waterworks will be flying as you lose yourself completely. Here are some of the best romantic movies that will make even the toughest cynic cry uncontrollably. (warning - spoilers)

Titanic - what was once the biggest box office movie of all time is still one of the saddest. But it's not just tragedy here, there is a silver lining to the story if you can see it. A lot of guys will claim that they don't enjoy watching this movie, but they might be secretly hiding the fact it's quite entertaining. It's filled with special effects and all kinds of visuals that you'll never see in any other movie. It's got some heart pounding sequences and they will be further enhanced when Titanic is rereleased in 3-D. Will this movie still hold up? Chances are it definitely will, and you'll be crying just as hard as you did the first time you saw it, except this time it will be into 3-D glasses.

Sleepless in Seattle - the overall general premise of this movie is sad to begin with since the character played by Tom Hanks is a widower. We eventually discover the nature of his wife's death, and the impact of her loss. There's one phone conversation in particular where Hanks talks about what it's like to go on without the love of his life, and if you don't cry during that scene then you're a robot. The ending will probably have you in tears as well because they do it just so perfectly. We don't ever get to see the real-life romance blossomed, but we know it's going to turn out for the best.

Pretty Woman - this improbable story involves two actors who give it their all. It's not really their acting ability that makes this movie work, but a tremendous chemistry that makes us believe in the characters. In real life, would probably not want to hang out with a greedy businessman or a working girl, but this is a fairytale after all. And just when things look the bleakest, that's when Richard Gere’s character realizes he's made a big mistake. Julia Roberts and her big smile signify just how happy she is at the end, and that's usually enough to get women crying with joy.

The Notebook - unlike Titanic, this is one movie that men that claim to hate and it usually holds true. They can’t really get over the sappy nature of this formulaic love story. But girls fall for it every time because of the intense chemistry of the lead actors more powerful than a hundred love spells. Of course Ryan Gosling has gone on to be one of the most desirable actors in Hollywood, and this movie is one of the reasons why. It has a truly bittersweet ending, although it's a bit preposterous if you look at it from a realistic standpoint. But if you're feeling vulnerable and in need of a good cry, chances are this film is the one to do it.

Ghost - here is a lost classic that many people in the current generation have either forgotten or never seen. The special effects definitely don't hold up to today's standards, but it’s still considered one of the best romantic movies of all time. Of course Patrick Swayze is now a real-life ghost, but you really remember why he was a star in the first place with this film. The pottery making scene has been parodied to death, but if you know nothing about this movie there are lots of elements that will have you jumping with joy - and then crying your eyes out. It was the perfect movie for the 80s, and a great soundtrack and solid performances carry it through so that you can enjoy it today as well.

A gripping little movie about temptation and fidelity in a loving relationship, from writer-director Massy Tadjedin. Wonderful acting from all the leads. Very few spoilers.
Loading ...
Error!