I never thought I'd go through with it...dressing up in "drag" was just about the last thing on the planet I was interested in doing...

Some years ago a friend of mine who is a make-up artist convinced me that she could make me look like a woman. I didn't believe her and wasn't keen on her being successful at the task but played along, mostly, I think, to finally shut her up! I don't think anyone would ever have confused me for a "real" woman but my night in drag ended up being a fun exercise in challenging myself and letting go of a lot of preconceptions. I gained some valuable knowledge about life from the experience, things I think are worth sharing...read on if you'd like to know what I learned!

I was amazed at how much time and trouble it took to make me look anything like a woman.  Aside from the expense of a wig, which most women probably don't have to worry about, I was flabbergasted by the price of make-up, nylons, dresses, shoes, eyelashes and an endless amount of other unexpected expenses.

I was also intrigued to find that there were more men trying on clothes and wigs in the Hollywood shop where I bought my "costume" than there were women.  I think my friend was surprised that once I set my mind to the task I was very determined.

I was going to BE "Barbarella."

I was exhausted by the time my friend finished her handiwork on my face and my jaw fell open when she told me we'd have to keep a bag with make-up handy, "for touch-ups, later," she said.  All I could think was how much I'd hated being "done" and was glad I'd never have to do it again.

It was also extremely uncomfortable...the clothes were too tight, the heels made me feel like I was walking backwards on stilts and having all that "stuff" on was itchy and stuffy.  But I was definitely popular, at least on Santa Monica Blvd in LA, during the annual Halloween street party.

2) Getting attention isn't all it's cracked up to be.

At first I thought it was fun that I was getting a lot of comments on my attire.  I was particularly popular with a horn-honking Harpo Marx  I had to eventually shoo away like a fly.  Gilligan and The Skipper followed me around relentlessly and The Fellowship Of The Ring stared at me and talked amongst themselves in hushed, reverent tones.

In time I began to feel paranoid and even weary...I was afraid to let out my gut a little, afraid my wig was slipping, afraid I'd trip and fall face-forward from my too-high shoes.  After awhile I just wanted to disappear, but I couldn't.  I remember finally pulling off my hateful shoes, tossing them on the sidewalk and seeing a drag queen staring at me across the street.  She called out to me, "Oh honey, I feel your pain!"

3) Men are slaves to appearances.

The attention I got reached its peak when a straight (at least I think!) friend who had had a few drinks sat next to me on the couch later in the evening.  He kept scooching closer and closer to me and staring at my fake breasts with dull-eyed desire.  I finally felt compelled to say, "Hey...Dan...it's ME in here, remember?"

I really do think that in his inebriated state he lost the ability to discern--he saw breasts, legs, blonde hair and make-up and couldn't reconcile it with what the "surprising secrets" he must have known, on some level at least, were hidden under the façade.  I tell myself that anyway...

I cannot understand why anyone on the planet would ever choose to wear high heels. I love the look, personally, of course, but I think back on the brief hours I spent with these instruments of medieval torture strapped to my feet and cringe in pains of empathy for all who have had to don them.  My mom, by contrast, said at one point she was so comfortable in heels she could've played basketball in them.

I cannot imagine applying make-up every morning and keeping it fresh-looking all day long.  Again, I like make-up on certain people, the more the better.  But after sitting in a chair having various colors applied to my face and sporting them all night long while I "strutted and fretted my hour upon the stage"--for just one night, mind you--I felt like I never wanted to have a cream or powder near my face again in my lifetime.   By contrast I know plenty of people, male and female, who delight in the process and results of wearing make-up, and more power to them.

Dressing in drag was a lesson to me in relativity...what makes one person happy doesn't work for the next one, and without (literally) walking in someone else's shoes you can't know for sure whether or not you'd like it...and even then you don't get to judge whether or not it's right for someone else.

5) There are a lot more differences between men and women than what they wear.

I have this discussion with people a lot relating to other topics which are volatile so I won't get too into them here, but my experience taught me that, as a man, I could dress like a woman, act like a woman and even pretend to think I was THINKING like a woman, but I hadn't even scratched the surface of what a woman "is."  It is, I think, impossible for a man to fully understand the ebbs and flows of a woman's inner landscape, the reactions to hormone flows, the physiognomy and natural instincts that a woman is born with as part of her elemental structure.

By contrast, a woman probably can't understand a man's mind fully either.  One example:  my make-up friend also dressed in drag, as a man, one Halloween.  She made a big show of sitting wide-legged on a barstool with an affectation that didn't quite work.  It was clear she didn't understand the essence of why most men do sit this way:  it's not about posturing...it's simply uncomfortable for a lot of men to sit with their legs closer together, for reasons any boy over the age of about 12 could explain in vivid detail.

Doing drag taught me I knew even less about women, and what their experience in life is, than I thought I did, and I'm glad I got a little insight even as I confess I do not intend to ever go through that hell again (and my friend was wrong, I didn't look like a woman at all!).  I'm tempted to suggest all men ought to try it just so they'll gain some understanding, but I think I'll leave that subject alone for now!

Good points all and thanks for the comments. There are so many people who could probably benefit from learning that "clothes don't make the woman (or man)!"

You crack me up!

Oh I thought this was funny! I never thought a man could learn so much by dressing in drag. Maybe it should be a requirement lol

Thanks for reading and the comments Catana...that's an excellent point I started to hint at but wish I'd have emphasized more...what I was wearing was a costume, I was a caricature; a woman is not what she "wears" (any more than a man in a tux is--I've worn one a few times and hated it just as much, ha ha). The pink background is a holdover from my original intent to write something campy! :)

My experiences with meditation and why I think everyone can benefit from medi... 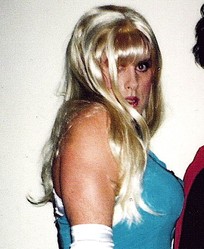 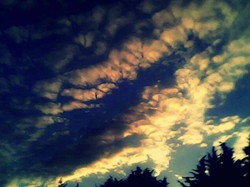 My experiences with meditation and why I think everyone can benefit from meditation. The world is beautiful so lets connect with it as best as we can.
100%  15   13 WiseFool
Building Self-Esteem

Simple things can have a massive impact on your sense of self. So, ensure you're making the most of opportunities to enhance your self-confidence.
Loading ...
Error!