An ordinary guy with an extraordinary life.

Nobody says it's going to be easy

So where do I begin? I always remember Shirley Bassey with her rich, Welsh voice asking that when starting to sing Love Story. Because it has always stuck in my mind, I can only say, 'good question'.

I was born and brought up in what was known as Rhodesia and is now known as Zimbabwe, a beautiful, little, Central African country which has had a chequered history to say the least. But in the beginning you are just a small boy, who had a lovely family and a farm and one was happy.

Then one was a young teenager at senior school and although bullying was rife, there were so many other things besides. Cricket, tennis, athletics, rugby, swimming, debates and plays and a great time was had by all despite also having to do some schoolwork.

Then one was finished with school and National Service was compulsary, although I was never conscripted, I decided to do it first before moving onto University. Whilst doing this I lost all my hearing at the tender age of eighteen.

Here then begins my story. 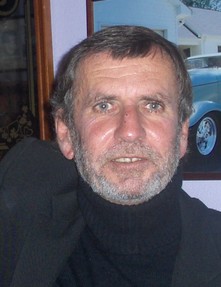 You will never hear again

Oh,yes I will hear again.

So there we are. It wasn't an explosion and I never hit a landmine. No matter how many times I try to tell people this, they always think that is what happened. It was nothing of the sort. Now I have written about this before and as such do not want to repeat myself.

As a matter of fact, here is how it happened.

From there of course after hearing the terrible news, what can one do? The thing is, if you have good family and good friends. Then you can overcome anything. It's also important to remember, that the structure of your country must be in place. Then things can happen, otherwise not.

So I tried my best to fight deafness.

Then of course there are the interim years of getting married and having children and being able to have your own farm in a different country to that you were born in. And all of this of course, despite having the handicap of being deaf. Make no mistake about this. I could never have done this without the help of caring friends. Better still, people who never knew me from a bar of soap. My bank manager springs to mind. No there was one of the finest men I ever met.

Then one day, a miracle occured, albeit I had been searching for it for a long time.

This then, is the story.

Thought i had left a comment here and must apologise - delusions ... Very nice lens ... have enjoyed - thanks for your share, this is an important subject.. I for one cannot understand why people seem to have such a hard time with it .. its not like being deaf causes you to become brain dead as well .... thanks again for your share .. be Blessed !!

Nice to meet you, Spook!

Love to read your stories Spook! Thanks for sharing more about yourself. :D

Lovely to meet you here! I am looking forward to reading more of your pages:)

Hi Spook. I'm a Rhodie as well. Great to meet you. Look forward to reading more of your Wizzles.

I'm glad too and thank you.

I am your friend on Squidoo and I am glad to become your fan here too.

Nice to meet you, Spook! I will have to look at some of your links to learn the whole story. I look forward to reading more of your wizzles.

Nice to meet you Spook.

I will do thanks AJ but am a bit pushed for time at the moment, perchance next week but thank you.

Social networks are a major source of personal growth and a way to build self... 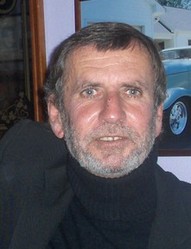 Simple things can have a massive impact on your sense of self. So, ensure you're making the most of opportunities to enhance your self-confidence.
95%  8   12 ronpass
Building Self-Esteem 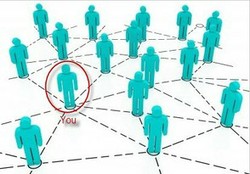 Social networks are a major source of personal growth and a way to build self-esteem. They can enrich our lives, release our potential and extend our capability.
Loading ...
Error!