A History of Raven - a Haida Folk Tale

Allow me to give you a brief history. When I was ten, my father received a posting to the Navy base at Masset on the Queen Charlotte Islands, now renamed Haida Gwaii, as the replacement for the Commanding Officer. We moved to a small military community for the officers, that was nestled in a remote location several miles from the town of Masset.

It wasn't exactly an auspicious beginning for my time there, as immediately after our arrival, I was housebound with a double case of the mumps. Being a military (insert Army, Navy or Air force,) 'brat' isn't as easy a life as you might think. Yes, we did enjoy the natural beauty of Canada as we criss-crossed the country, and the variety of cultures that welcomed the military into their communities, however, as children, we were viewed as outsiders, due to our nomadic way of life, and were seldom welcomed with open arms. The fact that my father was to be the base Commanding Officer, further complicated my stay, as this also alienated the rest of the military kids.

Needless to say, my three year visit to Haida Gwaii was extremely memorable.

An afternoon I have never forgotten

One afternoon, when I was thirteen, I remember it was the summer school break, my mother received a visitor to our home. The man had brought a gift of a beautifully woven cedar basket and native hat from the ladies in Old Massett. After a few minutes of conversation, I was called into the room for introductions. My mother introduced him as Chief Matthews, but as he took my hand he did something remarkable.

"I am Chief Wiiaa," he said, drawing himself up to his full height, "and I adopt you into the Raven Clan. From now on you will be known as San Glana, which means 'the Dawn'.

I was astounded to say the least. To this day, I have no idea what prompted him to bestow such an honor on a thirteen year old, gawky school girl. I stood, transfixed, struggling to understand what he had just said, too polite to ask him why. After ensuring that I was pronouncing my new name correctly (San Glanay,) he invited me to sit with him.

"Do you know why you have been adopted into the Raven Clan and not the Eagle Clan," he asked, once I was seated. I replied that I didn't know, but that I thought eagles were more majestic than ravens. After all, I was thinking, who wants to be related to an ordinary bird that looks like a crow? (At that time in my life, I was sadly uneducated!)

"Do you know about Raven?" Chief Wiiaa asked. I told him that, no, I didn't, and watched as a smile lit his features and he nodded his head.

"So," he continued, nodding again. "Raven is one of the most powerful totems. He was the one who freed the People and brought them out of darkness, but he was also very mischievous and a trickster."

"Long ago, Raven discovered the People trapped in a giant clam shell, half buried in the sand at Rose Spit and freed them from the shell. Unfortunately, at that time, the world was still in darkness. There was no sun, no moon or stars, and the People were cold and hungry. They couldn't see to hunt or fish and they had no fire to keep them warm, so they huddled together in the forest, but it was a miserable life.

The People beseeched Raven to help them, and because Raven was intrigued with the People, and this was a good excuse to be mischievous, he agreed."

A carving by Bill Reid

How Raven stole the Stars 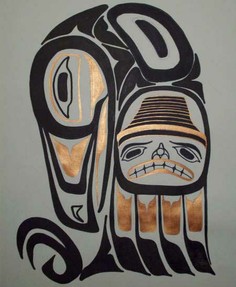 "High at the top of the world, there was a great long house where Thunderbird lived with his daughter. Inside his house was a chest, and inside the chest was a great treasure that Thunderbird kept under lock and key.

One day when Thunderbird's daughter was taking a walk in the forest, Raven followed her, and when she became thirsty, he changed himself into a pine needle and floated down the stream where she unknowingly cupped him in her hands and swallowed him with the water. Several months later, she gave birth to a son, who was Raven in human form.

Now, the son was the apple of his grandfather's eye and Thunderbird wanted nothing more than to see his grandson grow happy and strong, and gave the boy nearly everything he wanted. One day, Raven was playing quietly with his toys when his grandfather unlocked and opened the treasure chest. Inside, Raven could see two shining disks, one gold, the other, silver.

Thunderbird, seeing the look of delight on his grandson's face, showed Raven the disks and a small cloth bag full of twinkling silver medallions. He told Raven these were the Sun, Moon and Stars and that they were his greatest treasure. Then he closed and locked the chest again.

Raven thought quickly, and started crying, reaching his chubby hands towards the chest. At first Thunderbird refused to open it, but when Raven continued to cry inconsolably, he gave in. Taking out the bag, he let Raven play with the Stars, but told him that he would be very angry and would never let him play with his treasure again if he lost them.

Raven quickly promised that he would be very careful, and Thunderbird gave him the bag. For weeks, Raven played with the Stars, under the watchful eye of his grandfather, always careful to return them to the bag and lock them up before he went to sleep. Thunderbird grew complacent as he saw that Raven was so careful with his treasures, and decided he didn't need to lock them up, content that Raven would look after them.

One night when everyone was asleep, Raven stretched to his full height on his tip toes and changed back into a bird. Grabbing the bag of Stars, he flew out the smoke hole, spiraling higher and higher into the sky. When he reached the top of the sky, he opened his beak and shook the bag, scattering the Stars across the heavens. The People looked up and saw the light, and were afraid, but when they saw the light did not fall, they grew braver, and Raven was pleased."

How Raven stole the Moon

"When Thunderbird woke the next day, he discovered what Raven had done and was furious. He told Raven that he would never, ever, be allowed to play with his treasures again.

For weeks, Raven played with the Moon, rolling it around the floor and tossing it in the air, all under the watchful gaze of his grandfather. Again, Thunderbird fell under Raven's spell and grew complacent, allowing Raven to hold the Moon when he went to bed. After everyone was asleep, Raven tip toed to the fire pit, transformed into his true self and flew out the smoke hole with the Moon in his beak. He flew to the top of the sky and tossed the Moon into the heavens.

The People saw the light in the sky and were very afraid and hid from its glow, but when they realized that they could now see into the darkness, they were happy and Raven saw this and was pleased."

How Raven stole the Sun

"When Thunderbird woke the next morning and saw what Raven had done he was overcome with a terrible anger. He forbade the boy to ever go near his treasure again.

Raven was devastated. For days he cried and cried. He refused to eat or drink, and nothing his mother did could console him. Finally his mother beseeched Thunderbird to speak with Raven. Upon seeing how distraught his grandson was, Thunderbird relented and allowed Raven to see the gold disc in the chest, but when he was finished playing with it, the disc was locked up once again.

This went on for a time, until Thunderbird was satisfied that his grandson had learned his lesson. Then one day as Raven was playing contentedly with the Sun, Thunderbird had to leave the long house, and Raven was left alone with the disc. Quick as a wink, Raven transformed into his true self and grasping the disc in his beak, he flew out the smoke hole to the top of the sky. There, he opened his beak and tossed the Sun into the heavens.

The Sun's light shone upon the People, bringing an end to the darkness. For the first time, the People could see the mountains and trees and rivers, and they rejoiced. Raven flew down to them and told them that the sun would always bring the light in the day, and the moon would bring the light for the night, so they would never be in darkness again. Then he flew away, very pleased with the trick he had played on Thunderbird."

And that my friends is how Raven freed the People and brought them out of the darkness, as told  to me many years ago by Chief Wiiaa of Masset. I hope you have enjoyed it as much I did.

Why thank you redelf :) Most grateful that you shared the story - it was always one of my favorites.

What a marvelous story. I am so pleased you shared it with us! This is another great article - shared and pinned - love the art work, too!

10 Differences Between The Sleeping Beauty by Charles Perrault...

Sleeping Beauty is a fairy tale known in hundreds of variations. What are the... 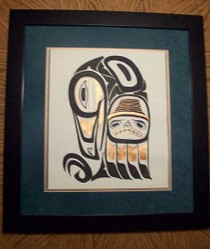 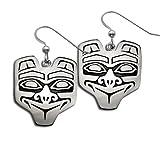 All about the beautiful firebird from Russian folklore, the bird with feathers that glow like fire
67%  8   3 Tolovaj
Folklore 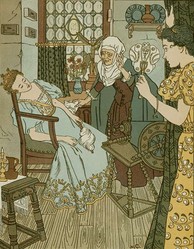 Sleeping Beauty is a fairy tale known in hundreds of variations. What are the most important differences?
Loading ...
Error!