200 years ago Christmas Day was hardly celebrated at all. In England it was seen as just another day. So what brought about the change in the 19th Century ?

The way we celebrate our Christmas has much of its roots in the Victorian era. Before this it was a small celebration not always regarded and at the beginning of the 19th century Christmas was hardly celebrated at all. Within a short space of time, however, Christmas had become the biggest annual celebration and more like how we celebrate today. .

The way we celebrate now is believed to be because of the influence of Prince Albert, Queen Victoria's husband who brought the German way of celebrating to Britain with him. Also Charles Dickens enduring tale, " A Christmas Carol " has influenced our celebrations.

The Norse land children back in the days of old, believed that the Norse God Odin / Woden, driving his team of horses lead by Sleipnir across the sky, came through the hole in the roof and delivered wooden toys and sweet things to the children in midwinter or Yule.  It is easy to see why the idea of a sleigh going across the skies developed. The idea of the gift giver developed with a Christianisation of the concept  and St Nicholas  ( Santa Claus, Saint Nicholas, Saint Nick, Father Christmas, Kris Kringle )  became the symbol of gift-giving at Christmas . Sleipner was transformed into a reindeer in modern mythology.

I told my children as they grew older that Fr Christmas is the spirit of giving and anyone who gives  is a Santa Claus . It was a good way out of explaining it to them without too much disappointment.

I have a small nativity on display all year by the fireplace .

The first Christmas cards were sent in Victorian times in 1843 and were very quickly a success. : Before that letters had been written and cards proved much simpler.

Early Christmas cards were not religious or winter themed cards and often showed sentimental pictures of children or the approach of Spring. Soon Religious themes were included.

Although there were hymns before then carols started off mainly in 13th C , in France, Germany     and  Italy, under the influence of St Francis.

English  Christmas carols appeared in 1426  and were sung by carol singers or wassailer. Carols later began to be sung in churches .Many of the carols we sing today originated in Victorian times .

Here is one of them. It is similar to Silent Night .

SILENT night! shadowy night!
Purple dome, starry light!
Pouring splendour of centuries down,
Gold and purple, a glorious crown,
Where the manger so rude and wild
Cradles a sleeping child.

Silent night! mystical night!
Kings and seers sought thy light.
Where the watch of the shepherds is kept,
Heavenly hosts through the stillness have swept,
Clear proclaiming a Saviour born!
Singing the Christmas morn!

Holy night-- heralding dawn!
Far and near breaks the morn!
Breaks the day when the Saviour of men,
Bringing pardon and healing again,
Holy, harmless, and undefiled,
Cometh a little child!

Christmas crackers started in Victorian times in the 1840's

They were called  cracker bonbons and contained sweets. They didn't go bang and people used to say bang when they pulled them.  They developed into containing love messages and later to terrible jokes.

While there is evidence that a tree was decorated as a pagan custom and gift of light in the winter months to the Norse Gods, a lit tree became a popular Christian symbol in Northern European countries and in the houses of nobility.

Prince Albert, Queen Victoria's husband is credited as having introduced the custom to England from Germany when he married the Queen.

A Christmas Carol is a story by Charles Dickens, published in 1843 so again Victorian.  It tells the story of a nasty, tight fisted bitter wealthy old man and how he becomes a kinder, gentler more generous man as a result of having a visitation by 4 ghosts on Christmas Eve.

I would think there are more film adaptations of this feel good tale than any other book. I have probably seen most of them too.

Again though, we get our idea of how to celebrate Christmas from this tale,  a Victorian tale of transformation.

Before Victorian times gift giving had traditionally been at New Year but moved to Christmas as the feasts increased in importance.  Gifts were small originally and  were hung on the Christmas tree. When gifts got larger they started to be placed under the tree.

Mistletoe of course was an established winter decoration long before Victorian times. It was used in Ancient Briton, Pre Christian times as an anaesthetic and also a fertility symbol - hence kissing under the mistletoe. The mistletoe tradition came with the old Norse settlers.

In Victorian times after each kiss under the mistletoe, a berry would be removed. Why ? - .... I know not.

It is possible that the Norse myth of goddess Freya's love bringing her son back to life through her white pearl tears was sufficiently Christian-like that it was absorbed into the Christian celebration.

I found this 19th Century ( Victorian ) recipe in a book of old recipes. It is an alcohol based Christmas drink for wealthy students of the day.

Bake the orange slices in a moderate oven for about 20 minutes.

Place in a bowl and pour the red wine on them. Stir in the sugar.

Leave for one day and then  strain through a sieve.

Stir in the  port and put into  in sterilised bottles.

This can be heated and served warm or cold.

Which of your traditions do you think are similar to Victorian - 19th C _ ones ?

Please do let us know. Happy Christmas to you all.

That sounds about right ! ;)

This drink appears in Charles Dickens book " A Christmas carol "

Versions known as cardinal and pope were made with more expensive wines.

I have found a 19th Century Christmas drink called "The Bishop" and have added it above.

I have added a comment about Mistletoe above. Of course it had significance centuries before the Victorians.

Derdriu Good question. I like that you seem to be" looking forward to Christmas" already as am I.

In Uk, it is no longer of any significance other than decorations are taken down the morning after 12th night.

Veronica, Did Prince Albert and Queen Victoria have any impact on twelfth night?

A Victorian Christmas update on gift giving has been added.

I am getting very excited now about Christmas coming especially as we have a new baby in our family and three new ones by Christmas in my gorgeous extended family.

So I have looked at my Christmas pages on Wizzley and have updated this one with a Victorian carol based n Silent Night and penned in 1881.

Ty Candy. What a charming sentiment. I often wish I were born in those days which although harsh, were simpler. Christmas is now too commercialised for my liking.

It is interesting to see how we celebrate though has develop from history.

Would the Tudor idea of Christmas food suit our modern tastes ? The Tudor Chr... 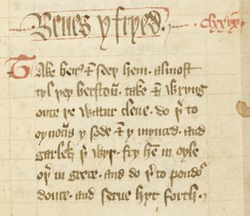 Would the Tudor idea of Christmas food suit our modern tastes ? The Tudor Christmas fayre was different from the modern Christmas.
Loading ...
Error!