Help your family prepare for the true meaning of Christmas with an Advent calendar.

As the countdown to Christmas approaches and the world around us enters a commercial frenzy, help your family keep focused on the true meaning of Christmas with the tradition of an Advent calendar.

Your child can open one window each day to find a special message hiding inside focused on the Christmas theme. The variety in Advent calendars is broad. I have tried to gather those calendars that preserve the true Christmas spirit.

Advent Calendars: A Family Tradition for Getting Ready for Christmas

I can remember how excited I was the first time my family received an Advent calendar in the mail. Some cousin or family friend -- maybe a godmother of one of us -- thought it was a good idea to send an Advent calendar to help us get ready for Christmas. I was about five years old and in kindergarten.

The paper calendar had a beautiful Christmas scene on it and it was covered in sparkly glitter. My sisters and I were thrilled and anxiously awaited our turn to open a window and have my mother read us the Biblical quote. When morning arrived each day, we would run to the place where the Advent calendar hung on the wall, all excited and giggly. My mother would calm us down and we all helped her remember which of the three of us was next in line to open the window that day.

If it were my older sister, she would try to read the quote herself with her newly acquired phonics skills. If it were my younger sister, who was only three, the two of us older ones would shudder in case she were to rip the window off in her enthusiasm. I was in the middle, neither able to read nor too little to be careful. At least that's how I remember it. My sisters may have seen it differently!

When I grew up and had children of my own, a dear friend sent them each an Advent calendar so there wouldn't be any fights as to who got to open a window. (She had raised five children of her own.) I found the concept a novel one, as sharing the opening of windows for my sisters and me was part of the joy of the activity. But preventing fights has its strong points, I must add.

To Send to a Special Someone

Did You Grow Up Using an Advent Calendar?

No, we didn't have that tradition in our family.

I don't remember having one as a kid, but my kids always loved them. One we had contained tiny drawers to add goodies and I had a tough time finding things small enough to fit!

No Advent calendars in Communist Romania either, but unlike Tolovaj, I can say I'm only now learning what they are -- that is, from this article!

Advent was out of the question in our old country (Yugoslavia) but is is quite fashionable in Slovenia.

Why certainly! I have fond memories of our family's Advent calendar.

I also remember being very excited about opening each window on our Advent calendar. There was always the delicious anticipation of what might be behind the window :-)

What Kinds of Advent Calendars Are Available Today?

Paper and Wooden Advent Calendars Are a Couple of Options

The Advent calendars available today are amazingly varied. There are the paper ones I remember from my own childhood that come equipped with an envelope for sending them in the mail. These are especially handy for grandparents and godparents who may have several children for whom to buy Advent calendars.

There are wooden “calendars,” some of which can be hung on a wall or made into a table display. These can either have wooden figures you add to a scene day by day or little boxes in which you can hide treats or sayings to be read.

This lovely wooden Advent calendar contains 24 magnetic wooden figures hidden behind the numbered doors. Children open a door each day to reveal a figure which he or she can then place on the nativity scene. The background is a beautiful night time manger scene. The piece measures 14 1/4" by 17 1/4". It would look beautiful either mounted on the wall or displayed on a table top.

Made of Wood or Card Stock

To Make Yourself or to Purchase

Some people make or buy fabric or felt calendars with pockets, each of which is numbered for the days from December 1st to 24th. These pockets, too, can be filled with quotes to read or figures to attach.

If you are handy with a sewing machine, this type of Advent calendar would be a fun one to make yourself. By studying some of the fabric Advent calendars commercially available, you can get some ideas that you can adapt for your own family's needs.

How Many Advent Calendars Do You Think a Family Needs?

Individual Calendars or a Shared Family One?

Fun Advent Calendar for Those Who Enjoy Story Time

The Advent calendar I sent to my granddaughters last year has a little book for each day in which you can read a portion of the Christmas story. Once read, the tiny book, which has a gold-colored cord attached, can be hung on the Christmas tree or some other designated place. The girls loved the idea of the little books. I have included a link to that set of Advent books below.

The Story of Christmas Advent Calendar

Little Books to Read and Hang on the Tree

Finally, Lego and Playmobile have their own Advent series which allows you to open a new little figure each day leading up to Christmas. If your children are big Lego or Playmobile fans, you may find these sets of interest.

I hope you have enjoyed perusing these options for Advent calendars. I know there are the Advent calendars with chocolates behind each window, too, but I haven’t included any of those. My background gives me an understanding of Advent as a time to anticipate the celebration, which means holding back from extra treats, though I understand that these days few people still hold on to the idea of fasting for religious reasons. Fasting to lose weight -- now that’s a different story.

Which Advent Calendars Do You Prefer?

2uesday, thanks for your helpful suggestions. And I agree that learning how to wait is an important lesson.

Wow, what a great thought: "These types of Advent calendars are good for teaching the child about waiting to get something, which I think is an important skill to learn." Loved it.

Those traditions are so nice to keep going. The beauty of the drawers is you can adapt the contents to the age of the recipients.

Those are both beautiful options!

I couldn't agree more, 2uesday. What gifts would you put inside the drawers? Any suggestions?

I find that one intriguing, too, Tolovaj. It can be personalized to the child and, of course, it can be reused year after year.

We've had many different types over the years but the kids, of course, love to open a drawer and get a little surprise. If just gives us adults one more thing to do at holiday time!! I'll probably have one this year even though my kids are mostly grown.

What a great idea! I liked best Kurt Adler's Nativity scene, but the one with boxes has a nice design idea going for it, too.

They are all pretty but the one with drawers looks most beautiful to me:)

Kids Ornaments for the Christmas Tree

Decorating a Christmas tree with children is an opportunity for magic and fun...

Angels are loved as a symbol of hope and caring, and Willow Tree makes some b... 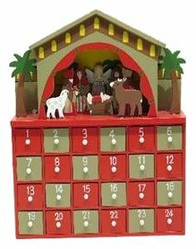 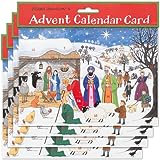 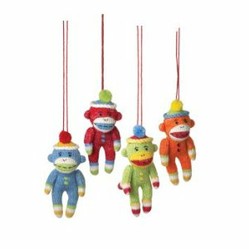 Kids Ornaments for the Christmas Tree

Decorating a Christmas tree with children is an opportunity for magic and fun. Kids' ornaments can be whimsical or funny, pretty or cute.
21%  2   2 sheilamarie
Art and Home Accessories 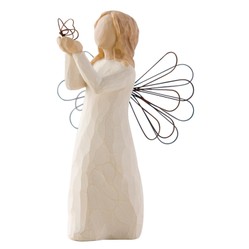 Angels are loved as a symbol of hope and caring, and Willow Tree makes some beautiful and simple angel ornaments with no faces that would grace your home or make a great gift.
Loading ...
Error!