There is much information in the social science literature about African resistance to enslavement.

With this is the issue of European cultural dominance which may cover several countries. This brings to mind certain well-known topics such as politicization of issues, persons, or groups. Though there are many interpretations and definitions of this term, it is reasonable to say that there may be a political tone or character to the situation. Politicized form of resistance has to do with direct confrontation (Merriam Webster Online, 2018).

Naturally, there is variation in these definitions.  For example, politicize entails relationship of an idea or issue in politics.  This, however, tends to happen when people are not very likely to agree with the information.  Nevertheless, these interpretations or asserted propositions may lead to an individual’s decision to develop an interest in government or politics (Merriam Webster Online, 2018).  This observation is, of course, quite common when people read newspapers or watch the news on television.  Hence, there is much controversy over what the anchors or panel discussants have implied to the public about an issue.  On the other hand, there is a cultural form of resistance which has a symbolic form.

During the 19th century, many slaves “slipped away” to sing, dance, and bet.  These were secret parties where they consumed alcohol and dated.  This was contrary to slave masters who wanted to control them.  The domination of slaves led to their decision to challenge the plantation

management.  They enjoyed the illegal parties because they were a relief from the captivity  of slavery.  The daily routine for slaves included “hegemonic cultural control and violent discipline in a paternalistic fashion” (Camp, 2002).

Records about slavery are not always available; however, there are diaries and journals, state legislative records, autobiographies, and interviews of those who had previously been slaves.  It is well-known that the operation of slavery entailed domination and profit (Camp, 2002).

The women who participated in the parties, “took pleasure in their bodies.”  Moreover, the preparation and assembly of clothing meant a lot for them.  Obviously, this was a challenge to the “owner’s power over them” (Camp, 2002).  French historian Dorinda Outram states that the body is the most personal, intimate thing that people possess and the most public” (Camp, 2002).

Researchers have examined revolts which Africans have brought against American plantations.  Economics and the idea of black inferiority contributed to the frustration of blacks.  Of particular interest is modern Western philosophy which suggested that there be an elimination of Africans.

There is controversy over these revolts and the ideology which perhaps may explain them.  For example, Eugene Genovese has written that 17th and 18th century slave rebellions were never efforts to destroy the plantation.  Some have suggested that Genovese omitted the observation that capitalism had a significant role in the operation of slavery.  Those who object to certain studies say that Western arrogance is the problem and that a near-sighted approach is not beneficial (Kyles, 2008).

There is research on collaborationism, and it means that one transmits information to the enemy.  This has occurred when some have leaked information against the slave rebels (Kyles, 2008).

Scholars of African-American studies must consider cultural influences of their home country in Africa.  There are also political matters which require adjustment since the environment in America is vastly different whether before or after the formation of the United States.  It is reasonable to say that white-dominated social structures are, of course, problematic for blacks who come as slaves to the American South.  Some have used these environmental issues of the 17th and 18th centuries as justification for violence against African-Americans (Kyles, 2008).

Obviously, many researchers have acknowledged the impact of racism on Africans.  It involves a belief in the “sanctity of whiteness” and the “shame of blackness.”  Hence, there were factors as well as ethnicity which affected the self-image of slaves.  These variations in the literature indicate that African-Americans may have exhibited a variety of responses to slavery.  Organized rebellion, violence, and other methods of direct resistance were well-known.  Indirect resistance may have taken place in the form of escape or poisoning whites.  Collaboration may take place especially when there are individuals who desire to overthrow the government (Kyles, 2008).

Such incidents when certain parties want to reveal when there is a plan to become subversive or overthrow the government occurred among the Afro-Carolinians (South Carolina).  Another option is to execute a military battle against the rebels.  Either way, the purpose of these maneuvers is to make the environment less oppressive to blacks than it has been previously (Kyles, 2008).

Examination of South Carolina reveals a plantation which advocates colonial expansion in some regions of the globe.  There is a labor shortage in the colony, and it prompts the owners to initiate production of rice.  The goal is to make profits in American and European markets.  This appears to be a good choice because other parts of the world express a demand for it.  Such an arrangement is an example of commercialism.  It will be valuable to ship tens of thousands of African captives to South Carolina to accomplish all of the plan.  That will include a collective “white identity” at the colony.  In other words, free whites will cooperate with the maintenance of pacification of anyone who is not free (Kyles, 2008).

Africa and the Caribbean

In any event, there are many examples of African resistance as well as other forms of European dominance.  One well-known example is Africa and the Caribbean.  These are voyages across the Middle Passage between the West Indies and Africa.  They were dangerous trips in which there were hurricanes and rough seas.  This placed slaves and crew members at risk for injury or death.

The slaves travelled on these excursions in chains.  As a result, there were rebellions as well as violence against property or individuals.  This prompted the news media to circulate reward notices for their return (Black Presence, 1991).

As has been the story across the globe during this time in history, planters were unkind and abusive to the slaves.  This was true in Jamaica, Saint Vincent, Grenada, Barbados, Saint Lucia, and Tobago (Black Presence, 1991).

Another similar example of revolution is the familiar story of Toussaint L’Ouverture who helped thousands of slaves to conduct an uprising against the French.  This was so remarkable that the new and independent country assumed the name Haiti (Black Presence, 1991).

The struggle to liberate enslaved Africans is one of several resistance movements.  It led to the Slave Trade Act of 1807.  It ultimately led to full emancipation by 1838.  Much of this progress occurred on the Caribbean islands.  An excellent story is that of Jamaica and the Maroons, who wanted their own freedom.  The strongest opposition came from the British who were not able to keep the slaves under good control during the 18th century (Black Presence, 1991).

Literature describes a great deal about European colonialism and African resistance.  For example, the Berlin Conference of 1884-85 produced some agreements between European countries in this regard.  The leaders released guidelines for long-term control and occupation of Africa.  Colonial rule and exploitation has long been present on the part of Western Europe.  In fact, Western Europe executed more than 400 years of imperialism over the Pacific, Asia, and the Americas (Talton, 2011).

Africa had some political relationships which entailed its resistance to colonialism.  That continent fought against colonizers in general and especially Europe.  Ethiopia conducted rather

aggressive military battles against European armies.  They managed to do so without submission to political domination.  With this approach, Ethiopia held onto its own freedom.  It was under the

leadership of Menelik II, who was emperor of that country, that Ethiopia had success in 1896.  General Oreste Baratieri’s Italian army was not able to defeat Ethiopia (Talton, 2011).

Ndebele chief Ndansi Kumalo was a subject of Lobengula, and he recounted events from 1893 to 1896.  This was over a dispute between Cecil Rhodes and Lobengula over an 1888 treaty.  Lobengula said that he only gave mineral rights, but Rhodes suggested that he, in fact, controlled the entire territory.  Rhodes asserted that the name of the territory, Rhodesia, stemmed from his own name.  In other words, Rhodes believed that he possessed fiefdom or authority to control that area (Talton, 2011).

Despite all of this conflict, Europeans did have effective military weapons, and they overwhelmed the Africans.  Moreover, the presence of smallpox was a hindrance to the Africans (Talton, 2011).

Throughout history, there were times that Africans used the help of other local movements to resist Europeans.  An example of this was the 1929 Aba Women’s Revolt which took place in southeastern Nigeria.  The fighters were all rural women.  The Igbo women had studied economics and sociology.  One especial concern of the ladies was that the colonial administration would levy a tax against them.  Hence, approximately 10,000 of them approached Warrant Chief Okugo and

requested his resignation.  These protests gained quite a bit of attention, but 55 women died in the battle (Talton, 2011).

The desire of these courageous women was to separate the Africans from colonial rule.  Such a move, however, would pose a threat to European authority (Talton, 2011).

Nonetheless, in 1883, Muslim leader Cheikh Ahmadou Bamba established the Mouride Brotherhood.  Its purpose was to create an atmosphere of social and economic self-governance.  This, of course, would involve organization of a movement.  Europeans exiled Ahmadou Bamba from Senegal from time to time during 1895 to 1907 (Talton, 2011).

After the Second World War, there was much political resistance.  Political parties and trade unions would be part of the picture.  The outcome was a pathway to independence in which the political parties ruled Africa in those free regions.  Next came a cooperation between Africa and colonial powers, who would abdicate their control (Talton, 2011).

Sékou Touré became the first president of the Republic of Guinea.  This occurred from 1958 to 1984.  Though Guinea was a previous French colony, it cooperated with an approach of immediate independence.  Touré stated, “We prefer poverty in liberty than riches in slavery” (Talton, 2011).

There was also considerable progress with African resistance with Portuguese, South Africa, and Kenya.  Defeat of these colonies took place through violence with guerilla warfare.  In South Africa, there were episodic guerilla attacks as well as other uprisings.  This led to collapse of apartheid.  Residents of South Africa engaged in protest and civil unrest.  Notwithstanding all of this, the white minority government was not able to remain (Talton, 2011).

Indeed, there was also the Soweto uprising of 1976 which also was a major breakthrough during the post-modern era.  It was a dispute over the use of language.  This was the Afrikaans language which was offensive and oppressive to the minorities there.  African students boycotted schools.  There was physical assault, arrest, and death for the protesters.  During the 1990s, South Africa became well-known for the violence (Talton, 2011).

In conclusion, the issues of slavery and revolt were quite complex.  The establishment of the United States lessened the impact of the institution of slavery; however, it continued for many decades hence.  The courageous approach of rebels ultimately contributed to the freedom of blacks in America even though much work—still lies ahead.

Have you ever really imagined what it would be like? You or a loved one given that date and watching it draw near. Knowing that you will be killed.
100%  21   12 teddletonmr
Human Rights 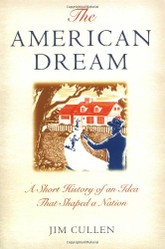