If Aretha Franklin was the lead singer of The Allman Brothers it gives you an idea of the explosive musical styling of Alabama Shakes.

Alabama Shakes marries a tight 70’s southern rock style with the soulful & bluesy powerhouse vocals of Brittany Howard. This Athens, Alabama band is a true musical force to be reckoned with. If Aretha Franklin was the front lady for The Allman Brothers, I envision that it would sound like Alabama Shakes.

One of my favorite musical discoveries of 2011 is Alabama Shake. I remember the first time I was exposed to them. On one of the music blogs I was following had a video posted of a live performance recorded of the song “You Ain’t Alone”. I was immediately enthralled. The playing of the band was tight, but it was the emotionally charged vocals of Brittany Howard which had an immediate impact. You know she felt it, so she made you feel it. It was one of those rare musical awakenings. I had goose bumps. It was a near religious experience.

Shortly afterwards I discovered their debut EP through bandcamp (which is no longer available) and it was one of my favorite musical releases of the year. Once again the musicians who back Brittany, guitarist Heath Fogg, bassist Zac Cockrell, and drummer Steve Johnson are tight. The four songs on the EP where emotionally charged Southern Blues Rock powerhouses. In many ways Brittany Howard is an old soul and a throwback. I already alluded to Aretha. But she also packs a emotional wallop that even rivals Janis Joplin. You can go back even further and hear the influence of such icons like Billie Holiday, Bessie Smith & Etta James. But she is not a cheap knock off. She is the real deal. Just like those previously mentioned greats, you feel it, because she feel it. Something has gone criminally wrong if this band does not become huge.

Their full length album Boys & Girls is going to be released on Apr 9/10. It is available for pre-order through iTunes. The bands website is making available for free download a non album track, Heavy Chevy. This scorcher is a departure from the more immediate soulful numbers which where feature on the EP. But it is a rocking tune, and is well worth a listen. If the four songs on the EP are any indicator, this album is going to be solid. This is definitely one of my most anticipated releases of 2012.

Any description I can provide does not do the band justice. You have to see and hear for yourself. Check out the videos below and prepare for the impact.

This sounds wonderful. I've never listen to them before. 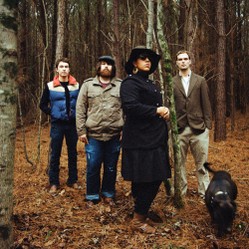 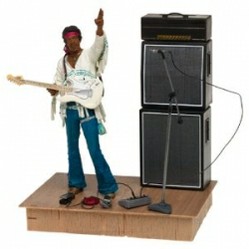 Don't like Barbie and love to rock n' roll? Check out these amazing action figures of the biggest rock stars in music history!
Loading ...
Error!