First and foremost, you should not attempt this without consulting your general practitioner. It is a dangerous diet if you are underweight, immune system compromised, or pregnant.

It is a fasting diet which means that you will eat less some days and more others. We could call these fast/feast days. The good news is that you are very unlikely to attempt to make up for the fast entirely on your feast day. To put this another way research has shown that if you eat 25% of your normal diet on a fast day you will not attempt to eat 175% on a feast day. Most people can only manage 110% at best.

If you can adhere to this diet within two weeks you should see a drastic reduction in LDL (the bad cholesterol), an increase in HDL (good cholesterol), a drop in blood pressure to within normal ranges, and an increase in insulin production.  A lot of this is due to the fact that a calorie restricted diet, every other day, improves glucose tolerance, and insulin sensitivity. In simple language this diet improves your chances of avoiding diabetes.  It also reduces your heart rate, which in turn reduces your blood-pressure, which in turn vastly improves your chances of avoiding heart disease and stroke.

A resistance to neuron damage is another way of saying improving your chances of avoiding Alzheimer's disease.

You will most certainly lose weight. It is not a good idea to weigh yourself often; rather monitor your results with waist size. It is not unusual for someone with normal body function to lose up to ten pounds in the first month as long as they stick to the diet.

Because blood sugar is reduced and insulin uptake improved all the cells in your body will benefit. The effects of aging will be slowed, the cells themselves rather than reproduce, will self-repair, which is another barrier against cancer, and the neurons in your brain will also self-repair or you might even see an increase in neuron production.

Because of the cellular repair brain function and memory will improve. The neurons you came with will function better and more of them will grow. You’ll be able to remember more and be able to problem solve that much faster.

Naturally all of this will vastly improve the way you feel. Your energy levels will increase, your cognitive functions improve, and your weight to muscle ratio pick up. There is some indication that it could even extend your life.

The Mechanics of Fasting

The fast days may prove difficult. After all you are consuming perhaps a quarter of your normal intake. But keeping yourself busy will help. Once you start fasting you’ll find that cravings come and go and putting your thoughts on something else can fool your brain into ignoring the hunger pangs.

A typical fast day might include unsweetened tea, water, black tea (unsweetened of course), miso soup (for example), and no meat or starches. You truly are starving yourself, but for one day only. You also limit yourself to one meal, preferably the lunch time meal.

A typical feast day you can eat whatever you want. You read that right, whatever your heart desires.

The thinking is that this works because the fast day fools your body into thinking it’s starving. This forces your metabolism to change, causing your body to draw on fat reserves. This in turn reduces the load on the liver and kidneys and causes your body to “reset” the way it uses insulin.

This may prove to be impossible for some, so an alternative to alternative day fasting has also shown benefits. This diet is five normal feeding days and two fasting days. The only trick is to make sure the two fast days are not concurrent.

A number of researchers began this quest shortly after an enclosed environment investigation conducted at Biosphere 2 in 1991. Roy Walford, one of the participants of the two year mission, is a medical doctor who had been studying restricted diets prior to his participation in the Biosphere project. Though the project itself was not a complete success, and in some regards, a failure, Walford’s restricted diet produced remarkable results.  All participants in Roy’s study lost weight, had improved heart function, reduced cholesterol, and improved insulin uptake.

Dr. Krista Vardy, of the University of Illinois, Chicago, is the latest researcher to investigate restricted diets. Dr. Vardy is Professor of kinesiology and nutrition there. So far her research bears out the results Walford got so many years ago. At first her studies are conducted primarily with rodents. She began conducting human trials in the last two years and that line of research netted the same results Walford got in Biosphere 2.

Dr, Vardy is attempting to determine the best way to implement a fasting diet and also gather information that may make it easier for people to implement. For that reason her studies are conducted with different groups for varying periods of time. She has been conducting these studies for five years.

I’m no expert, but my mind will not simply accept results without a reason. To my way of thinking there must be something in our collective pasts that explain why an intermittent restricted diet is good for us. I fall back on the knowledge of how humans must have lived. We have been on this earth for hundreds of thousands of years, but our history only extends back 6,000. That leaves hundreds of thousands of years undocumented.

But this one supposition is almost certain, humans, for most of our existence, have not always had a reliable food source. Even with agriculture there have been times of famine. Perhaps we are “designed” for these periods of low food supplies. So much so, that we actually thrive under conditions that would seem be to be detrimental.

Sounds like a good reason to consider this diet Katiem2.

Good to know. I fast naturally, one day I eat and then I may have no appetite for a few days forgetting to eat. I never force myself to eat and am healthy as a horse, with great stats and weight. :)K 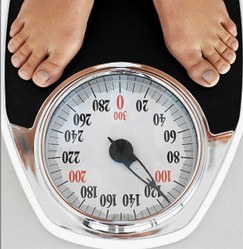