Halloween customs went through continuous change and reform due to interventions from church, politicians and society. Some customs were discontinued and some continued to this day.
Mournful ringing of bells and appealing to all good Christians to remember the dead have been some of the traditional customs of Halloween. Since Halloween has roots in Christianity, ringing Church bells for souls in purgatory, and criers dressed in black parading the street were some of the customs carried on to 20th century.

Baking and sharing soul cakes which was a kind of precursor to modern day Trick or treat can also be considered as a traditional custom of Halloween. Groups of poor and impoverished children, used to go door-to-door, collecting soul cakes, offering prayers in return for the dead,  belonging to the giver's friends and relatives. This was called "souling". People impersonated as soulers. Souls themselves were also offered cakes to eat, or the 'soulers'  would act on their behalf. Bun and soul cakes were marked with cross to indicate they were meant for alms.

During souling, Christians would carry the hollowed out turnips representing the souls of the dead.

It was also a practice to lit candles at homes to guide the souls revisit their original homes. People also would light candles on graves, pour milk on the graves and leave food on the table for returning souls.

In 19th century, Catholic families gathered on hills on the night of All Hallows' Eve. All knelt around, one holding a bunch of burning straw, praying for the souls of relatives and friends until the flames went out. This was known as teen’ lay

Enactment of scenes from the lives of the saints was also considered a custom.

Special bonfires were lit and there were rituals involving them. Their flames, smoke, and ashes were considered to have protective and cleansing powers. In some places, torches lit from the bonfire were carried around homes and fields to protect them.

The festivities also included mimicking mummy and disguising. This involved people going house-to-house in costume, usually reciting verses or songs in exchange for food. It was believed giving food brought good fortune and not giving would bring misfortune.

While some of these customs are considered too mundane or quirky for modern day, many are still followed in their ancient forms. Several cults are prevalent which conserve the culture, values and beliefs of ancient civilizations.

In particular, I appreciate the cultural and historical backgrounds and religious and spiritual motivations behind the traditional customs that your Halloween wizzley covers. In particular, I find the book Learning about Halloween History interesting, readable and relevant and therefore a nice gift choice.

But what is the reason for pouring milk on graves?

Halloween is the festival of ghosts and spirits. It is the time to scare and ...

Halloween poetry for kids can be very appealing because it has the element, e... 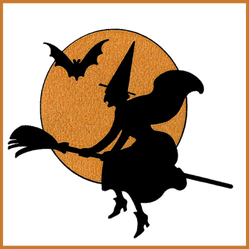 Magic of Fall Festivals15 days ago

Mystery of Vampires - Are they Real?20 days ago

Halloween The Macabre And Occult28 days ago
Ad 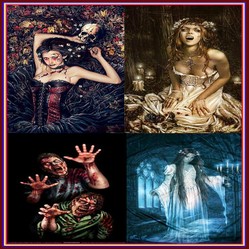 Halloween is the festival of ghosts and spirits. It is the time to scare and get scared. People are increasingly looking for new and original scary ideas for Halloween every year.
40%  2   5 WriterArtist
Poems 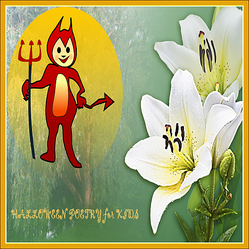 Halloween poetry for kids can be very appealing because it has the element, excitement of fear, full of dark objects, ghouls, goblins, witches and pumpkins.
Loading ...
Error!