Here's a great selection of gorgeous lamps made from antique fire extinguishers. Perfect for a fire fighter gift. Perfect for a unique home lighting solution.

Unique and interesting home decor lets you express your passions and interests. If you love repurposing antique items and giving them new life, then a stunning lamp with an antique fire extinguisher base will thrill you. If you're a fire fighter then you'll be proud include this antique tool that many firemen relied on in the early 20th Century, in your home decor. One look at an antique fire extinguisher lamp and you'll see how it can fit into the most lavish home decor. It's a home lighting accessory that will really make people look twice.

Antique fire extinguishers were not boring red canisters with a label pasted on. They were indeed made of brass, with logos and instructions stamped into the brass. These designs have withstood the test of time and create beautiful patterns and designs.

A basic antique fire extinguisher stands about 28 inches tall so that you'll have a good sized and substantial lamp. Many of them are brass, so you can expect to do some polishing as the years go by. But the glow of a brass lamp base, when the lamp is turned on, will create a beautiful effect.

When you're buying any antique lamp you should make sure that it works. Sometimes a rare lamp will sell in a not working condition. Then you should note the condition of the antique fire extinguisher. Because many of them are over 100 years old and were used fighting fires or at best stored in public places, you shouldn't be surprised at some dings and dents. If you're buying the fire extinguisher lamp online, examine the photographs carefully. Certainly email the seller with any questions about the condition. Take special note of the brass name plate and how it's secured onto the fire extinguisher. Check out the seams and see if ithey're held together with soldered rivets. Are they all there? Is there a hose and what condition is it in?

Quite the idea. I love recycling things for new purposes. :)

This is a creative idea. I like it. Shows it pays not to throw anything away.

Add lots of style and light with one of these beautiful crystal table lamps. ...

Create the perfect home bar with an antique liquor cabinet. Lots of different... 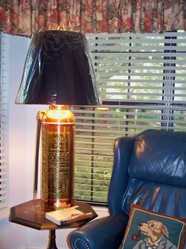 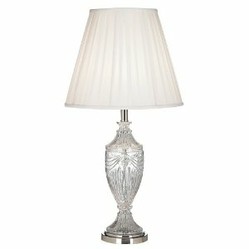 Add lots of style and light with one of these beautiful crystal table lamps. Major brands including Waterford, Dale Tiffany or ORE.
33%  3   3 Digby_Adams
Cupboards and Cabinets 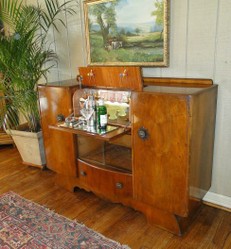 Create the perfect home bar with an antique liquor cabinet. Lots of different styles and prices to choose from.
Loading ...
Error!