She's a member of the newest line of dolls from Mattel and the daughter of Snow White.

Apple White is the daughter of Snow White from the well known fairy tale Snow White and the Seven Dwarfs. She attends school at Ever After High, along with lots of other fairy tale character kids. They are learning to fulfill the roles their parents now play in all of our favorite stories from childhood.

It's easy to see at first glance she truly is the fairest. Apple White is gorgeous, popular, and had a bright and cheerful future as the future Snow White. She's one of the "Royal" students in school and loved by everyone. She comes from a family that has every advantage and her future is destined to be happily ever after. She's so happy to be at Ever After High School.

Each year at Ever After High the students make a pledge to the rest of the magical world to follow the path of their parents in fairy tale history.  Apple white is so excited she volunteers to be first in line to vow to be the next Show White in front of the entire student body. She's a Royal which means she's one of the heroines in fairy tale land.  And she doesn't mind flaunting it.

Unfortunately Apple White is not aware of her privileged and elite status.  She doesn't realize that there are others who are sons and daughters of villains in the stories, and don't share the same adoration from fans.  They come from a disadvantaged childhood and they must live their lives as hated evil characters.  Some aren't so happy about their prospects and are included in the Rebels at school.

Headmaster Milton Grim is so proud of his young charge.  Since 1812 when the school was founded it's been his job to make sure each generation of fairy tale characters are ready and prepared for their destinies. Apple White is the perfect student.

You Can Have Apple Whites Story Delivered To Your Kindle 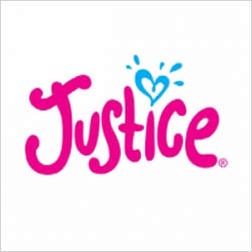 Meet Apple White In Her Debut Ever After High Video

The Apple White doll was revealed on the Ever After High Facebook page in June 2013.  She's not available yet so I haven't had a chance to see her but here are my initial thoughts.  As a doll collector I know I'll be buying her as soon as she's in stores and I'll be able to do a better review.

The New Dolls Are Available on eBay Too

Will The Apple White Doll Be A Hit or Is She Just Another Princess Doll?

Thanks for your comment Mira. Mattel has come creative people that's for sure.

Ever After High. An interesting idea. I guess it came naturally to this doll manufacturer looking for a new line. And then in order to have complete freedom with their doll, they gave Snow White a daughter :)

Thanks for visiting kimbesa. I think so too.

She's special. A princess and a half. She will be a hit, and will be just fine in her own wardrobe.

Mattel hit it out of the park with their Monster High Dolls. Can the new Ever After Doll franchise do the same?
21%  2   2 fitzcharming
Character Dolls 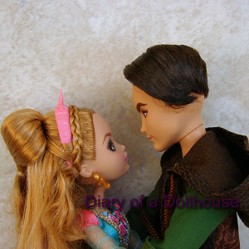 Ashlynn Ella and Hunter Huntsman - two fairy tale teens in a forbidden romance. Why? She's Sleeping Beauty's daughter and he's the son of the huntsman from Snow White.
Loading ...
Error!