Are We There Yet?

Do you hear "Are we there yet?" on your family vacations? No! We are not there yet!

A family vacation is lots of fun, isn't it? Especially when you travel by car. You can bring all that you need to keep children happy - games, toys, snacks, drinks, and there's lots to see out the window. And don't children fall asleep on long car rides anyway?

Well, all that may be true, but not always! Here's an account of how my family fared traveling when our daughter was young. "Are we there yet" anyone?

Young Children Fall Asleep in the Car - Don't They?

When my daughter was very young she didn't sleep much during the day. She would usually sleep through the night, though, for about six hours. There were occasions, however, when either she wouldn't go to sleep or she'd wake up and start screaming.

This is when the idea of that kids fall asleep in the car came in. My dear husband would get up and take her in the car, still wearing his pajamas, driving around till she fell asleep! This had some measure of success. Note, however, that these car rides were in the middle of the night!

Not in the Day Time!

Day time car rides on the other hand became a nightmare for my daughter. She didn't seem to enjoy being trapped in a car seat in the back. Hm, don't blame her! Anyway, there were many occasions when she'd start screaming so loudly that it was impossible for the driver to keep going. There was one occasion when this was useful, however. My husband was driving us home one evening and the police stopped us. Can't remember what the problem was. Anyway, our beloved daughter's screams got louder and louder as he checked the registration and license, until finally the officer told us to go on our way and get home safely!

Lollipops to the Rescue!

However, car rides continued to be challenging. When she went to daycare I would pick her up and drive her home. Even though the trip from her daycare to our apartment was about a mile and a half, she would scream so loud I once had to stop the car because I couldn't keep driving!

So this is where the lollipops came to the rescue. Even though I thought feeding candy to a young child was not the best of plans, I couldn't figure out any other way to get home. I would keep a collection of candy, usually lollipops, in the car and make sure she had one before we set off on our "long" journey home.

Lake George is a beautiful lake in the Hudson Valley. It's about two hours drive (120 miles) from where we lived. My husband had been there with his work and said it was lovely.

This painting by Georgia O'Keefe certainly makes Lake George look wonderful! Of course we knew it is actually very touristy, but for a family that's not all bad.

So we decided to go there one weekend as a family. Now, our daughter was still only three or four years old, and our experience of traveling in the car with her had not been entirely enjoyable! So, we came up with the idea to split the trip into two by visiting Howe Caverns on the way. That meant that instead of driving the full two hours or so in one stretch, we could do the hour and a half drive to Howe Caverns on Friday evening, stay overnight, visit the caves, and then drive the hour or so to Lake George on Saturday. Driving home Sunday night in the dark we figured would be OK.

We Made it to Howe Caverns!

The trip to Howe Caverns went very well. My memories are only of eating breakfast in the motel there in the morning and a lovely visit to the caves.

Howe Caverns is quite amazing actually. You take an elevator down over 150 feet to the passageways. It's a bit chilly down there (compared to above ground in the summer) at a constant 52 Fahrenheit (12 Celsius), so they warn you to bring a sweater!

You get to walk about a mile through passageways and go on a boat across an underground lake. There are lots of stalactites and stalagmites, some really impressive! At the narrow end of the cave there was a warning about bats, but we didn't meet any. It's definitely a fun and educational trip for children of all ages.

On to Lake George

But we get stuck at McDonalds!

So, the first part of our trip was entirely successful. After having something to eat we were all set to go to Lake George. Our daughter eagerly echoed the idea of "let's go to Lake George." But, unfortunately, she didn't realize we'd be going by car, or at least that it was more than 5 minutes in the car!

Too soon into the trip, she demanded we stop the car. There was not another "Are we There Yet?" just "It's time to stop the car." Perhaps she needed to go to the bathroom? We found a McDonalds and stopped. We took her to the bathroom. We bought her food. We tried to get back in the car. No way! "No more car!" The screams made it look like we were abducting her!

We tried ice cream. But she wouldn't get in the car to eat it. We sat outside at the tables. We wanted to go home, but we were half way between home and Lake George!

Finally, after I don't remember how many snacks, games, tedious walking around the small play area outside, and goodness knows what threats and attempts at bribery, after at least two hours stuck at that McDonalds we were able to get back in the car and continue our trip.

We did actually make it to Lake George and had a great time! It is full of tourists, but you can drive (yes in the car again!) around the shore to some quieter sections.

People were doing all kinds of water sports, like parasailing-where a person is towed behind a boat while attached to a specially designed parachute so they go flying up in the air-quite fascinating to watch. There were lots of boats, but we didn't actually go on one in the end; we went on a ride in a horse-drawn carriage instead. Since our daughter loves horses that was great. And we walked by the water and sat around on some grass there. It was all good.

And when it was time to go home, it was dark and late and the trip was uneventful! We heard not a single "Are We There Yet!"

There are actually several books entitled "Are We There Yet?" Some are designed to amuse children during long car rides, others are commentaries on the nature of family vacations. This one is a lot of fun and should work on the car trips as well as entertaining children at home.

Are We There Yet?

This picture book packed with verse by Dandi Daley Mackall with illustrations by Shannon McNeill is a knowing yet cheerful look at family travel. It is a perfect addition to any family vacation travel bag.

Have you heard "Are We There Yet?" from the backseat?

Glad to hear there is a happy ending to your granddaughter's discomfort while traveling.

I really liked the story of crying baby to the rescue when stopped by police. My granddaughter was a very bad traveler until we discovered she was subject to motion sickness... problem diagnosed, solution found. 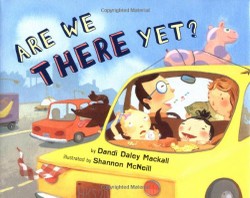 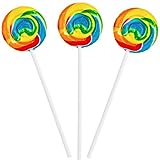 The historic neighborhood of Dorchester in Boston, Massachusetts is home to the James Blake house. Built just over 350 years ago, it is the oldest house in Boston.
62%  9   5 jptanabe
Book Reviews 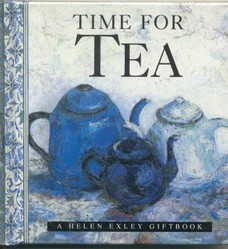 A delightful book in the Helen Exley little gift book series, "Time for Tea" contains quotes about the joy of tea and tea drinking. It's the perfect gift for tea lovers!
Loading ...
Error!