Astronomy: How Did Things Come About?

Have you ever wondered how the Earth came about? The story involved the universe, the Milky Way Galaxy, and the Solar System, and our moon has its own story to tell.

Some years ago our college was adding an elementary education program, and we had to assure that certain things would be taught in our courses. Our physical science courses had hundreds of things in the list, and among them were the how did it happen questions. We had to include current theory of how the universe, the galaxy, the solar system, the earth and other planets, and the moon came about. As the only physicist on the faculty these were things I had to incorporate into our courses.

After reading and writing online, I realize there is indeed an interest in these topics, so I shall share with you what we think. We have no way to actually know any of these things.

I will present what is current, and I do believe creation is at the very beginning, and I understand that we will not all agree to the facts. Some religions have difficulty with the time scale of events. I am Catholic, and see no contradiction with current science. However, if you believe the Earth was created first, and everything came about in six days you will not be able to accept these things. And, we may respectfully disagree.

Was There a Big Bang?

Scientists have proposed the Big Bang Theory, but it cannot be proven.  In the early years after this theory was first considered some proposed that the universe was pulsating, and that it would collapse again to a single point, then explode again, repeating the process over and over.  In light of the newer discoveries, not many scientist would accept an eventual collapse, yet it was an open question just a few years back.  Now we realize the universe is not only still expanding, but the expansion is accelerating.  This has brought about the question of how can this be, and the term dark energy came into being.

So, if indeed there were a Big Bang, we cannot know what happened before the explosion.  And, science cannot find a source of the matter and energy that was present as a singular massive object which exploded.  This leads us to creation, which may be the only viable explanation, for somehow something got thigs started.  Physic cannot get back to that initial point, so scientifically there is no real world action that explains things prior to the Big Bang.

But, scientists have never really declared that there was a Big Bang.  How do we know there might have been one?  Matter in the universe is moving away from other matter in an expanding manner.  This indicates that if we run the clock in reverse all matter would seem to come together, so we can speculate it was once all together.  One problem this presents is we would have had a black hole, and all matter would have been trapped.

This must be left vague and open, since we have only a best guess at what fits the things we know without hard evidence.

After the initial event that sent out matter and energy some concentrations of gas, mostly hydrogen, clumped together into galaxies.  Our galaxy, the Milky Way, came from a large gas cloud, and individual clumps of gas congealed into the stars.  Our sun is one such star.

Currently, we believe all or most galaxies have supermassive black holes in their cores, and our Milky Way is no exception.  We can observe evidence of black holes in other galaxies, but the star field of globular clusters near the center of our galaxy prevents our being able to see into the area of the black hole.

Once stars began to emit light the pressure from the light and the subatomic particles thrown by the stars pushed much of the left over gas away from the stars and dark matter outside of our galaxy.

We can see evidence of dark matter by how it gravitationally space, observing the bending of the paths of light beams, and can deduce there is dark matter around every galaxy because the gravitational attraction between galaxies is stronger than it should be.  Galaxies form into groupings called galactic clusters, and we can measure the attractive forces moving galaxies relative to each other in our cluster, which is a large super cluster.  The attraction is too great to be accounted for by the gravitational forces acting on the measured masses.  The current belief is that galaxies exist inside an area with dark matter surrounding them.

The sun is a type G2 star, which is an average yellow dwarf.  It is about half way through its cycle, and has about another five or six billion years of fuel left.

The sun is basically a hydrogen fusion energy source, and through a multiple step set of reactions hydrogen is being converted to helium.

The sun is believed to have condensed from a cloud of gas in the Milky Way galaxy, but that is just part of the story.  Elements heavier than iron require energy to be added to have them form.  The only way heavy elements such as uranium could have formed is from a supernova, the explosion of a star much larger than our sun.  And, large stars have very short cycles, so some could easily have exploded before our sun formed.  It is now apparent that some or all of the gas that made up our solar system came from an old star that went through a massive supernova.

The Earth, and the Other Planets

The gas that formed our sun and the rest of the solar system accreted in a disk, and some of the gas came together through disturbances and formed the planets.  These planets orbit the sun in accordance with Kepler’s Laws, and these orbits do change over time.

As the gas came together to form the Earth, it heated under pressure, and became dense enough to become a ball of liquid.  As it cooled the outer part became a solid.  Yes, there is also a solid core deep inside the Earth, probably an iron crystal.

The outer portion of the solar system is occupied by comets, which contain ice and rock.  It is speculated that impacting comets could have eventually filled the oceans.  Now, impacts are rarer since many comets have been captured by planets, or deflected to either deep space or into the sun.

After several theories were proposed over centuries and eventually dismissed, the current theory is the Giant Impact theory.  Doctor William Hartman concluded that enough material would have been available in the Earth’s accretion zone to allow another planet size object to form, one approximately the size of Mars.  This object collided with the Earth, and the surface of the Earth either was still liquid or melted, then part of the object came together and formed he moon with the Earth absorbing the rest.  The reason for this conclusion is that the moon rocks gathered by astronauts indicate a lack of iron on the moon, iron which would have become part of the inner Earth.

Serious flaws exist in the other proposed theories, including the one that has the moon being captured and the one where the moon formed alongside the Earth. 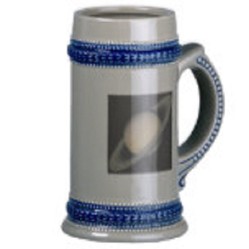 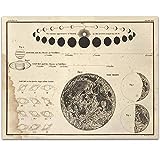 The universe got created according to the principles of Big Bang theory. Like anything else it will die in the end and get born again.
29%  1   4 SteveRogerson
Astronomy