Jason, Pythagoras and Hercules like you've never seen them before form the lead trio in Atlantis, BBC One's new fantasy drama due to start on Saturday 28 September 2013.

Jack Donnelly, Aiysha Hart, Robert Emms, Mark Addy, Jemima Rooper and Alexander Siddig star in Atlantis, a new 13-part fantasy drama that re-imagines the Greek legends. The series is due to start on BBC One on Saturday 28 September 2013 and is seen as the BBC's attempt to win back viewers following the end of the popular series Merlin.

Jack Donnelly stars as Jason in Atlantis, a new 13-part fantasy drama due to start on BBC One on Saturday 28 September 2013. The drama has been promised for some time by the BBC as its Saturday-evening fantasy replacement for the highly regarded Merlin.

Jason is on a mission to find his father and his journey brings him to the shore of an ancient land where he encounters snake-haired goddesses and vast palaces. This is Atlantis.

Jason, aided by young Atlantis native Pythagoras (played by Robert Emms) and overweight Hercules (played by Mark Addy), finds himself in a maze of politics and power games. And he takes a shine to Princess Ariadne, played by Aiysha Hart.

Jack Donnelly is best known for playing Jason Winkler in House of Anubis. He was also the White Rabbit in an episode of Misfits and has made one-off appearances in Doctors and Threesome. “Jason’s a good guy and a lot of fun to play,” said Donnelly. “He’s a really headstrong character; he’s got a strong moral compass and is very genuine. When we meet him he’s a newcomer to Atlantis; the audience will discover Atlantis through his eyes. As a person he becomes more defined through his relationship with Pythagoras and Hercules. They are the first real friends he’s ever made as he never really fitted in where he came from.”

Newcomer Aiysha Hart is excited about her first major TV role. “She’s not your average princess, she’s a three dimensional character,” she said. “When we first meet her she’s having to put on a veneer in the palace and is unable to reveal her true self. When Jason comes into her life we see another side of her. He turns her world upside down and we really see her grow.” Hart will also be seen soon starring as Sarah in the 2013 film Djinn.

Robert Emms’ television career dates back to 2008 with appearances in Waking the Dead and The Wrong Door. Film roles have included David Lyons in War Horse.

“Pythagoras has to push himself forward and out of his comfort zone,” said Emms. “He may not be the strongest, but his brain and common sense helps them all and he gets through it by knowing that his two great friends are at his side.”

Mark Addy has a Bafta nomination for his role as Dave in the 1997 film The Full Monty, but he his best known for his portrayal of Robert Barethon in Game of Thrones. His career dates back to the late 1980s but he increased his worth when he starred as DC Boyle in 1996’s The Thin Blue Line. In 2000, he was Fred Flintstone in The Flintstones in Viva Rock Vegas. Other TV parts have included Nigel Conway in Too Much Sun, Bill Miller in Still Standing, Tony Barker in Bonkers, Alan in The Syndicate and Andy in Trollied.

Atlantis was created by Julian Murphy, Johnny Capps and Howard Overman. Among the writers credits are hit shows such as Merlin, Hex, Sugar Rush, Misfits and Dirk Gently. The BBC executive producer was Bethan Jones. Filming was done in Chepstow, Wales, and on location in Morocco.

SteveRogerson, Thank you for product lines, pretty pictures and practical information.
The character of Jason and the title of the series draw my attention.

My brother found a book on Jason at the Salt Lake City family history library when we were genealogizing. The book, by author (not singer) James Taylor, indicated that only the star configurations above Lake Titicaca in Bolivia fit with those in the Jason stories from ancient Greece.

As an IberoAmericanist, I've noticed that the colors and descriptions of Atlantis actually fit Tenochtitlan, upon which Mexico City is built.

Would the series have set Atlantis in a recognizable way that associates it with a specific area? 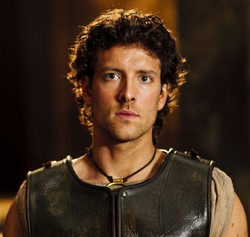 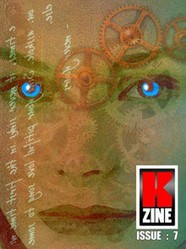