Bach: The Genius Who Wrote the Brandenburg Concertos

Regarded as the greatest composer of the Baroque period of classical music, Johann Sebastian Bach produced amazing sacred and secular music that moves us still.

The powerful and moving music of Johann Sebastian Bach can touch even the casual listener. His great music for orchestra, choirs and for single instruments (such as the organ) demonstrates astonishing contrapuntal invention, unique harmonies, memorable motives, and wonderful rhythms, sonorities and textures.

Johann Sebastian Bach was born in Eisenbach, Germany in 1685. His family was very musical and he learned to play the violin, the harpsichord and the clavichord at an early age. He also learned to sing.

Bach became an orphan at the age of 10 and was brought up by his elder brother. He attended St Michael's School in Luneberg.

In 1703 he became organist at Arnstadt. In 1708 he as organist in the court at Weimar. In 1711 he worked as  Kapellmeister (director of music) in the court of Prince Leopold of Anhalt-Cothar. While in this position Bach wrote the Brandenburg Concertos, The Well-Tempered Clavier, and other instrumental music.

From 1723 he worked as Cantor (musical director) and director of the Thomasschule (St. Thomas's choir school) in Leipzig from 1723 until his death. While in this last position, Bach wrote the St. Matthew Passion, the Mass in B Minor and approximately 300 church cantatas.

Bach married twice and had 20 children. His first wife, Maria Barbara Bach, was his cousin. After she passed away in 1720, Bach married his wife, Anna Magdalena Bach, and they had thirteen children together. Anna was a soprano and, when Bach became almost completely blind in his last years, she worked along with him on music composition.

Toccata and Fugue in D Minor (by J. S. Bach)

Bach is now regarded as the foremost composer of the Baroque era and as one of the greatest composers of all time.

However, during his own lifetime Johann Sebastian Bach achieved modest fame as a talented player of the harpsichord and of the organ. His musical compositions were not truly appreciated by his contemporaries. In fact, after his death his music fell out of fashion and was rarely performed.

It was only in the 19th century when Bach was "rediscovered" by the German composer, Felix Mendelssohn, that the genius of Bach's music began to be studied and appreciated. In 1829 Mendelssohn performed the St. Matthew Passion in Berlin. In 1850 the Bach Gesellschaft (Bach Society) was founded. A great revival of interest in Bach followed.

The Heritage of Bach

Bach was the master of counterpoint and of harmony (Beethoven called Bach "the immortal god of harmony").

Bach was a Lutheran and his Christian beliefs played an important role in his musical motivation and style. Bach stated: "Like all music, the figured bass should have no other end and aim than the glory of God and the recreation of the soul; where this is not kept in mind there is no true music, but only an infernal clamour and ranting."

Many of Bach's pieces create an emotional soaring in listeners to the extent that the experience can be almost cathartic. As Michael Torke observed: "Why waste money on psychotherapy when you can listen to the B Minor Mass?"

Bach on the Internet

Bach Quotes and Quotations
Quotes from Bach himself and quotes from others about him.

Handel: The Genius Who Composed The Messiah
George Frideric Handel was a great Baroque composer. He wrote operas, oratorios (such as the Messiah), the Water Music and Music for the Royal Fireworks.

Mozart: The Genius Who Composed The Magic Flute
Mozart's music has never been more popular. Movies have made about the man. So who was Mozart and what makes his music great?
Updated: 05/22/2015, DavidPaulWagner
Thank you! Would you like to post a comment now?
3

J. S. Bach never ceases to amaze. To think that his music fell from favor for more than a century is quite astonishing. 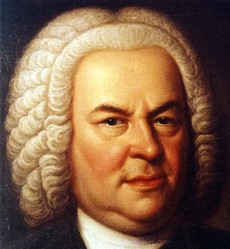