I recently had occasion to go through all of my belongings, among them, many Native American art pieces. The many "Bear" pieces I came across caused me to research the meaning...

My Quest for the Spiritual Meaning of Bear Symbol

Your spirit guide cannot be chosen

I've always admired people who knew so much about spirit guides, and even knew what their own spirit guide was. Knowing many Native American people, that happens a lot. I also know some Pagans who are aware of their spirit guide. Me? Not so much, or maybe I'm now discovering it.

Recently, while going through all of my belongings, I kept out my vast collection of Native American Art. It became very apparent that I had more items which were of bears than any other animal. I knew a little about bear symbols and symbolism, but now I wanted to know more!

Some of my Bear collection

Could it mean that is my spirit guide?

Most people may think of fierceness when they think of bears, but in Lakota spirituality, they often symbolize gentleness. It is believed that bear hibernation is associated with human dreaming. Both are considered introspective and "in touch" with the cycles of the earth. There is a strong feminine aspect associated with the bear symbol because of this return to earch each winter. The bear symbol also denotes protection and nurturing.

The Lakota call the bear "Tob Tob", which means 4 by 4. It is related to the correlation of humans and 4 legged animals brought by the 4 winds. In fact, it is one of the 16 mysteries of the Lakota. The bear symbol deals with the human in relation to creation. The bear symbolises truth; to the family, the clan, the nation, the world and the universe.

Note: The number "4" is also very important in Lakota Culture and symbolism. It represents the four winds, four directions, and the four elements of earth, water, fire and air.

Through the wisdom of Tob Tob, (The Bear), we learn to recognize what is right for us as individuals. The wise bear knows what plants and herbs to dig for sustenance, when to fight and when to hibernate.

The bear symbol became very important to represent wisdom, and protection, as well as a means to become one with nature, which the Lakota believe is necessary for peace and happiness.

Now, I'm not yet convinced that the Bear is my spirit guide, but I would more than welcome it! I've been told that we can't pick our guides, rather they are sent to us. I suppose, if I were asked to choose without realizing the meaning of the bear symbol, and others, I may have chosen, oh, maybe a dolphin, or horse.

Now, however, having learned so much over the years about Native American spirituality, and culture, I think I would be more apt to choose differently. I would welcome any spirit guide that came to guide me, and if that happens to be a bear, I'm sooo ok with that.

Very interesting to learn about the bear. I would love to know my spirit guide.

Lovely relationship between the bear and spirituality

I enjoyed reading about the symbolism of the bear, or "Tob Tob", as a spirit guide. I wish I knew what my animal guide was too!

I wish I could find my 'spirit guide' as well... love this! 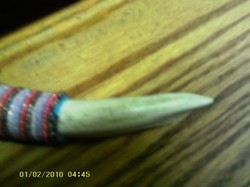 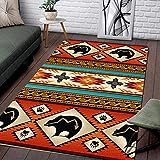 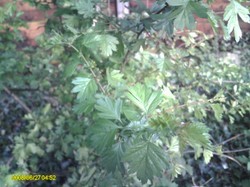 Silence is sometimes a terror, but it is also a source of spiritual inspiration
60%  7   6 frankbeswick
Other Spirituality 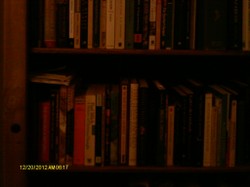