When the world comes crashing down, and there is seemingly no hope in sight, where does one turn?

Writing this is one of the hardest things I've ever done. Were it not for the fact that I have nothing to lose, and it may help others, or wake up some social agencies, I wouldn't be doing it. It is not my intention to gain sympathy to obtain funds. What I write here is meant to highlight what is wrong with they system overall. Ok, it is also meant as a means of "release" for me.

Let me just start at the present and then begin again at the start. Here is my situation: I have no phone, no car, and in a matter of days, I will be homeless. When I do manage to borrow a phone to contact someone at a social service agency, I get referrred to someone else.

I know, that sounds harsh...and at this point, I don't care. In 1993, I had a child who was different from the moment she was born. She came into this world screaming and basically didn't stop. My entire world changed. She was, and continued to be a 24 hour a day job.

By the time she was 5, she was actively trying to kill myself and my other daughter. We would wake on various nights to find her standing over the bed poised with a knife. Let me tell you that she may have been tiny, but she was strong! One time, in the emergency room, they restrained her and she  broke the leather restraints!

Her natural father and I were not together, but I did manage to get Social Security survivor benefits for her since he was on Social Security. He also paid me a small amount every month for child support. Financially, I cannot complain at all about his help. In fact, it saved us.

I tried working. At one point, years ago, I had found a career that was a dream! I was a medical history investiator and I loved it! Sadly, after 3 years, I had to give it up. My daughter was literally expelled from every daycare, and later every school she attended. I would get frantic calls that I had to come and get her. It's hard to have a career, or even a job with that happening. This continued and intensified.

She was regularly seeing a psyciatrist and had therapists. Some of them quit. She was admitted a countless number of times into hospital emergency rooms because she was violent and she had several stints in residentail treatment centers. I kept every appointment, I went to the hospitals and residential centers without hesitation. I went to every meeting and was very involved.

Needless to say, school became an issue. She has not been in a "regular" school since 2nd grade. She was put into special education. From there, it spiraled downward until by the time she was 17, she was in an Independent Learning program and only was required to go to school 1 hour a day, 3 days a week. She went three days (total) last year. She would call the police on ME at times. Once, I was so frustrated that I put some water in a bucket and stood by her bed. I told her to "get up and go to school!" she opened one eye and said "Is that supposed to scare me?" and closed her eyes. Oh yeah, I poured that water over her, and she called the police.

I believe, over the years, her official diagnosis were: BiPolar, Oppositional Defiant Disorder (ya think?), Obsessive Compulsive Disorder, and ADHD. Recently, while rereading some of her medical records, I noticed that the word "psychosis" was thrown around a few times. I don't think that ever actually made it on the axis though. During those years, I continued to try to work. I worked at a grocery store for several years, and was constantly called away from work because of something concerning my daughter.

The "system" and passing the buck

On a couple of occasions, I looked into getting her on disability. I was continuously told that the Social Security that we received from her father was better, and I couldn't have both. We have lived for years on less than $900 a month (and that includes child support). On more than one occasion, the hospitals suggested I make her a ward of the state, since, in their words "She will never be like other people. Even if she improves, she will never lead a normal life." Oh...HELL NO! As I said, I did whatever I could to try to help her and make sure she didn't grow up in an institution. When my daughter turned 18 this summer, I got notice that the Social Security would stop. I appealed since she was still enrolled in school. She rarely went, but she was enrolled. I figured if nothing else, i wanted her to have a high school diploma. It was denied since an Independent Learning program did not meet federal guidelines. That was 2 weeks ago. I had already fallen behind on rent, and my Landlord has been so wonderful, but I knew they could not afford to carry me either and I had to find somewhere else to go.I started packing. My daughter is now staying with my older daughter (and, I might add, has gotten into numerous physical fights with people since being there) and I have been packing.

As I mentioned, my intent is not to gain sympathy and financial "gifts" from anyone who reads this. I ask that you pass this on to everyone, and hopefully it will reach someone who can help me figure out what to do!! My older daughter cannot afford me to stay there, and I (and my dog) will be on the streets in a matter of a couple of weeks at the most. I also have some physical issues right now which make it impossible for me to work. That, on top of the fact that I am obviously an emotional mess. I am hoping that someone, somewhere can get some help--FAST. I've always done what was best for my family...I've worked (as much as I could) and I am in shambles having to admit all of this to the public. Well, pride has no place in poverty. Please, pass this story on, so that we don't end up on the street. (I live in Omaha, Nebraska)

Just a note to say that in Nov of 2011, I was accepted into an OHA facility (one of their best, I might add...but OHA has a mess of problems). I am applying for Social Security, and of course, the system still tries to pass the buck.

For now, I have a roof over my head, and food. My freelance business is growing and that helps tremendously. In fact, I now have customers for whom I create Squidoo lenses, Hubpages, and more.

Thank you all for your concern and support. I considered deleting this article, but decided that it still must be known how the "system" passes the buck, and fails the average citizen. 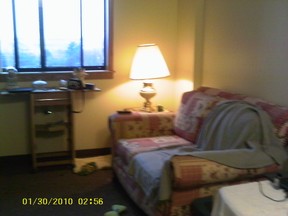 Just google WOMEN'S SHELTERS Omaha, NE .... it will give you a long list of possible resources to help with the problems you're having. I hope you can get some type of help for yourself ... your daughter is 18 years old and considered an "adult" ... if she keeps on being so violent she's going to end up in jail (sad, but most likely true).

I find this all appalling, whatever happened to America? You have to keep on at them all the time until someone with some sense gets to hear about it. Keep at them and get your MP or whatever you call them, involved as well.

oh Vee, My heart sure goes out to you and your family. You are definitely in my prayers. I wish there was more I could do and will put my thinking cap on. Hang in there!

Thank you, Elaine. I will check into it on Monday> I checked their Website and they may only help people in North Omaha, but I'll check!

It's perfectly alright, Veronica! Thank you!

Oh, Margaret, you didn't. I know you only meant to help. I'm sorry if I seemed short

You must be one of the bravest and compassionate people alive. I don't have ANY children (by choice) -- it would be rough for me to parent a "normal" child, let alone a special needs child. But, frankly, your daughter sounds psychotic. Perhaps she DOES need to be somewhere where she can't hurt other people (or herself). Keep the dog - tell the daughter goodbye.

No, I've never had to live in a shelter. Was only trying to give you some options! Sorry if I offended!

I wish there were something I could say or do or even someone I know who could find someone, somehow to help. All I can do is pray very hard that you will find an answer - and quickly. I know it's not much but it's all I have to offer. I'm sorry you have had to live through this, but I know you are strong and when you think you are at the end of your rope... there just might be a step ladder to get you the rest of the way there. Hugs!

Cities thrive, out of sight, beneath the streets of New York City and Las Vegas. They have no choice and it's dangerous.
92%  16   7 Ragtimelil
Homelessness