Have you ever stopped to think about what happens to a pet when a person becomes homeless? It’s a tough situation but there are people trying to help.

Once I came home to a burnt out house. I suddenly had no place to live. Another time, the bank reclaimed my house and evicted me. I had no place to live. Both times I managed to find a place for me and my dogs to stay. My dogs were my reason to live another day. I was not about to give them up.
I can understand a homeless person wanting to keep their pets. When I discovered the website, "Pets of the Homeless," I was just amazed and somewhat weepy that someone not only understood, but made it their mission to help.

Who Are the Homeless

About 3.5 million Americans are homeless each year according to the National Coalition for the Homeless. On a given night 633,782 people are experiencing homelessness, There are about 500,000 shelters across the country. As in the rest of the population, homeless people are an assorted mix.  For example, 239,403 are people in families, and 392,945 are individuals. Slightly fewer than 16 percent are considered chronically homeless.  About 62,619 or 10 percent of the homeless population are veterans. 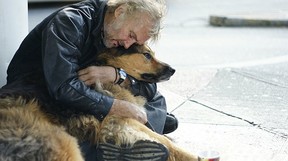 There are professionals and workers who lost their jobs, the mentally ill, the elderly, teens and spouses escaping from an abusive family life. The main reason they are homeless is because they cannot find housing they can afford.

To complicate things, 5% to 10% of homeless people have dogs and/or cats. In some areas of the country the rate is as high as 24% according to Pets of the Homeless.

Emergency Laws but Not For Homeless

After Hurricane Katrina the federal government passed a law that emergency shelters and transportation had to accept pets since many people refused to evacuate if it meant leaving pets behind. There is no such accommodation for the homeless. Almost all of the 500,000 shelters do not accept pets. Many of the homeless will not leave their pets behind to stay in a shelter or to take advantage of other services.

Putting pets in already overcrowded animal shelters where they stand a good chance of being euthanized is not a particularly good solution. Many times the pet is the only living thing that gives that person love with no judgment or conditions. For some, caring for the animal provides some touch with normalcy and reality. The dogs also provide some measure of protection. Living on the street is not a safe life.

Pets of the Homeless

Pets of the Homeless is just one organization that is making a difference. Not only do they distribute food for pets at over 200 collection sites in the US, but they raise money in order to give grants to veterinarians so that they can give free care to this population of animals.

They also are educating homeless shelters with their Sleeping Crate Project and providing collapsible crates, feeding bowls and cleaning supplies so that homeless pet owners can spend the night in the shelter with their pet. This can be the first step to moving a person out of homelessness.

They have collected well over 176 tons of pet food for the homeless and sponsored numerous wellness clinics for pets that include exams, vaccinations and signing up for spay and neuter services.

The Pets of the Homeless web site is very comprehensive. They explain what they do and why. They keep a list of places around the country that give out free food and free medical attention. Like any charitable organization, they ask for help, but help can be in any form. Even a donation of a dollar is welcome. They have a page listing things anyone can do from just talking to people and businesses to educate them about how they can help, to donations. One task they mention is simply rebagging pet food into smaller portions. Most homeless cannot carry a 50 pound bag of dog food on their backs.

More Things You Can Do

Matter of fact, some pets of the homeless are cats. They are included in free food and vet services.

how about cats?? i hear nothing?
they love and need love too.. they are so often left out :(

There's also the issue that truly homeless can't store a lot of food so getting a steady supply is critical. And blessings on you for helping.

Many thanks for this article. I have to admit that, whilst I sometimes do buy food for homeless people I see, I had never thought about their pets.

That is great. I just got the newsletter from Pets of the Homeless. They do so much for helping with vet services too. Most of these pets are so important to those folks. Anything we can do helps.

Lana, After reading this article, I'm going to keep old blankets and dog food in my car. When I see homeless people with pets, I'm going to give them a blanket and food for their dog. I feed my dogs Science Diet and one of them gets prescription food. I get coupons for grocery store dog food all the time so I'll buy it for homeless dogs.

I wish I could save them all.

Thank you for reading it. I was really moved by their stories.

What beautiful people! Thank you for sharing their story and work.

Thank you. It was hard to write since I kept crying.

What an inspiring article, Lana. Homelessness can hit us all. Life can be fragile.

Helping the Homeless for the Holidays?

The Powerful Bond between People and Pets: Our Boundless Conne...
100%  23   14 JoHarrington
Homelessness

Cities thrive, out of sight, beneath the streets of New York City and Las Vegas. They have no choice and it's dangerous.
75%  5   9 Kylyssa_Shay
Homelessness 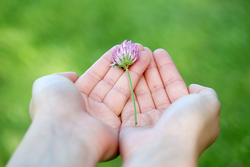 Helping the Homeless for the Holidays?

Homeless people need help all year round. Volunteering and donating off-season is more helpful than donating at Thanksgiving and Christmas.
Loading ...
Error!