Hubert Patey was born in Yorkshire, England in 1640. At about the age of seven, he became an indentured servant to the family of William Turner and came to Maryland with them in 1651 or 1652. Turner applied for a headright grant in 1654. A headright grant was land given to anyone immigrating to the colonies. More land was given if they paid for the passage of a laborer or indentured servant.

"William Turner Demandeth three hunred acres of Land for Transporting himself, his wife , William, Edward and John Turner his sons, and Hebart Pitty (sic), his servant into this province since June 1652."

In 1654 Hubert's term of indenture was up, but he wasn't just granted his freedom. .Turner wanted him to stay another year but Hubert declined. Herbert sued Turner for his freedom and called Turner's witnesses liars. They counter sued for libel.

We don't know how Hubert came to be an indentured servant but it was a common practice in the 17th century for even young children to be shipped to the colonies to work. Sometimes parents died. Sometimes they just couldn't afford to feed another mouth. Some were kidnapped. Whatever the reason, many were transported to the colonies as a source of labor. Their contracts were usually from four to seven years, enough to pay for their passage. Sometimes a father would sign legal documents with a ship captain. The captain would transport the youth and sell his contract to someone who needed laborers.

Sometimes young men and women were attracted by higher wages and opportunities that awaited them after their term of indenture was over.

The majority of white settlers came to the colonies as indentured servants, some say as many as 70-80%. The colonies were short of labor and England laborers were seeing low wages because of the surplus of workers. The population of England had doubled from 2.3 to 4.8 million in little more than a century between 1520 and 1630.  Rising prices and declining wages squeezed the poor and working class while sporadic crop failures led to misery and hunger.
Ad AllPosters

Many immigrants sold themselves as indentured servants to pay for their passage on a ship to the colonies. Most were young adults from Great Britain and Germany but there were children and families as well.
The ships that transported indentured servants were overcrowded and the hold where the servants rode had such a low ceiling that the passengers could not stand up straight. There was one ladder leading to the deck but they were not allowed to go outside. The captains feared mutiny.
There were two buckets for toilets that were emptied once a day. They did not have enough food or water and what they did receive often was dirty and contaminated. Many died during the six to eight week voyage, and many of them young children.
There's a dramatic account about the transporting and sale of indentured servants,HERE.

Books to read on indentured servants

Being an indentured servant was very much like slavery, with the notable exception of freedom after the contract was up. The holder of the contract had all the rights of a slaveholder. He could punish the servant by whipping. He could add time to his indenture as punishment. He could sell, barter or gamble the contract away. As many as 40% of indentured servants did not survive until the end of their service. Female servants often were at the mercy of male masters. Women who became pregnant while in servitude often had years added to their service time. Many had such a hard life that they ran away or committed suicide. Those that were caught were punished and had more years added to their service. 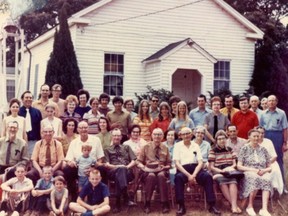 Hubert Patey won his court case and his freedom in 1654 and, as the record says, he" took off" for Norfolk County, Virginia where he worked as an overseer on an estate. He is the first Patey (or Pettey as it is now spelled) on record in Virginia. He went on to own his own property and to found what is considered the largest branch of Petteys in the United States. Some of the Petteys found their way to Texas and that's where my personal story begins.

There are also some interesting historical reinactors who have a great web site portraying the live of an indentured servant at Parsonjohn.org. The video clips are especially interesting.
Updated: 11/09/2013, Ragtimelil
Thank you! Would you like to post a comment now?
7

I had put a GEDCOM on FamilySearch but it has been so tampered with that it's beyond hope. I did put a tree on Ancestry(dot)com but don't remember how far back it went but you can always look at that.

Ha! Yes I've noticed!!! There are so many theories and debates it's not funny. I guess I should have stated my question a little more clearly. I had wondered if the "III" was a typo of some sort. Tempie Petty Was the daughter of William Walter Petty and Lillie Winters. William Walter was the son of Johnson Mannon Petty and Cynthia Peacock. Johnson Mannon was the son of John Petty and Betty (Betsy) Dawson. Going past these names it started getting tricky, and I'm not entirely positive I have it correct! I was just hoping to reach out to someone who might have any info. :)

Hubert did have a son named Thomas Petty but he would not have been the third since he was the son of Hubert. Thomas also named a son Thomas. Years ago someone started the widely circulated history of the Pettey/Pettys with several Thomas's but that has been largely disproved. The Thomas in our line was in court several times charging that he did not get his inheritance from his father, Hubert.
I don't have a Temple Petty in my database but that doesn't mean everything. There are a LOT of Pettey/Pettys out there. I'm finding new ones all the time.

Would you happen to know if Hubert had a son named Tomas Petty III? I've been trying to track my family line back but it has been rather tricky. My Grandfather, William W. Hendrix's, mother was Tempie Petty, born in Texas.

Well, howdy, cousin! I've recently found that one branch headed for Utah and another branch (my line) ended up in Texas.

I did some searching and found that Hubert Patey is a direct great grandfather of mine. Very nice to then find your article.

Not it my line, but it's possible.

Did Hubert have a grandson by the name of William, who married a Mildred Phelps?

It's amazing what you discover tracing your family roots. I started to feel like they were real people, not just names and dates. I got to know some of them very well.

Wow what a story. Good for Hubert that he sued for freedom and won. Reading stories like this make me feel glad I live in the civilized 21st century! 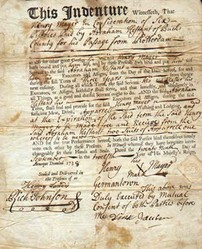 The Infortunate: The Voyage And Adventures Of William Moraley,...
100%  16   10 DerdriuMarriner
Genealogy and Family Trees