A Lesson Learned Too Late

About 10 years ago I got interested in our family history. It was too late for some of my best sources.

On October 14, 1894 Ellen Crane, 24, and William Marcus Jeffrey, 42 were officially recorded as married in Anderson County, Texas. Ellen already had two young daughters; the oldest was two years old and the youngest just one month old. By 1900 they were living in the outskirts of Willis, Texas with four daughters. What happened to William during the next two years?

Willis is a small town in Montgomery County eight miles north of Conroe and 46 miles north of Houston. In the years around 1894 Willis was a growing town with railroads being built and farmers growing cash crops of tobacco, cotton, watermelons and tomatoes. The town was the major producer of tobacco with seven cigar factories. Some of the finest grades of tobacco were grown here. The lifting of the tariff on Cuban tobacco devastated the town. They could not compete with the cheap labor in Cuba. 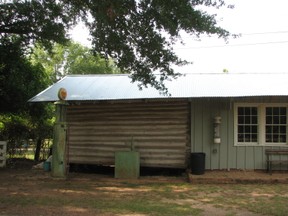 In those days you could get a cup of coffee for 5 cents and a pound of beef for 10 cents. The Panic of 1893 sparked a severe economic depression causing farmers to face low prices for their produce and high prices to ship them by rail. Things didn’t get better until 1897. 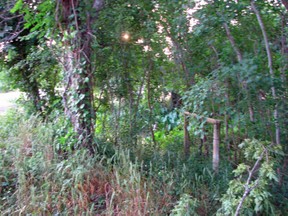 Will Jeffrey was a farmer and life was rugged. Ellen was a farmer’s wife. Her life wasn’t easy either. Rural homesteads had outhouses and hauled water from the well. In 1897 The Sears, Roebuck & Co. catalog advertised chamber pots and slop buckets. It didn’t list water closets and toilets until 1902. Most housewives made their clothes and bed covers, many wove their own cloth, they made own soap and washed clothes outdoors in a big pot over a fire. Cars and electricity were being introduced, but rural areas were the last to get them.

It wasn’t unusual for children in these days to die very young. Ellen had a third child in 1898. According to records, the child had died sometime between 1900 and 1910. A younger sister, my grandmother, was born in 1900 said she didn’t really remember her. She was just too young. We’ve never found where the child, Mannie, was buried.

In May of 1902 things changed. Ellen married Albert Moore. They moved to Huntsville where Albert worked as a prison guard. Her three daughters grew up, got married and moved away. My dad remembers visiting Ellen and Albert when he was a boy. They had a house on the prison grounds and prisoners worked at maintaining the yard. By this time Albert had cancer and died soon after.

After Albert’s death, Ellen went to live with her daughter Daisy in Nacogdoches. I have a dim memory of her and my great aunts in a country shack wallpapered with newspaper. I was afraid to go near her because she was so old and wrinkled and she didn’t talk much. 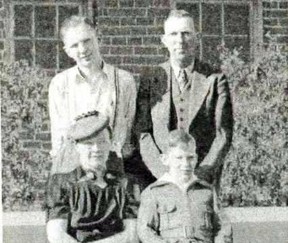 My dad remembered that she loved to fish and my grandmother would take them all to the river for an afternoon of fishing. He also remembers her babysitting and playing checkers with him.  He’d complain when he lost so she would stop playing until he stopped complaining.

She moved one last time. My grandmother took her to live with them. Granny Ellen died on March 7, 1959 and was buried in the Pine Prairie Cemetery in Huntsville.

Still a mystery remains. What happened to William? Did he just leave or die, or did they divorce? My dad and I have searched for years and can’t find any record of his death or burial. Will’s family is well documented and has a family cemetery in Caldwell, Texas. Yet none of his family knows what happened to him.

And what about the two daughters born before the record of their marriage? Were they married by a preacher earlier and only got around to officially filing it after the second child was born? Were the girls really born out of wedlock? Were they even his children? 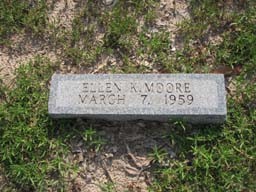 For that matter, where is Albert buried? Where was he born? Where were William and Ellen born? We have some guesses, but no facts.

There are so many questions. It’s like digging through an ancient archeological site sifting for clues. The sad part is that my grandmother and I were really close until her death in 1967. She could have answered a lot of my questions. It just never occurred to me to ask. I learned my lesson, but too late.

Thanks again. Yes, I really wish I could go back too. There's some mystery around mystery about my great grandmother I'd love to understand. And some relatives I only know by name and dates. I'm glad you have some stories to fall back on. I really should be writing more and preserving some stories, but some would not be for public eyes.

My grandfather died in 2004 and immediately after I started writing as much as I could. For years I would sit and listen to old stories from my grandparents but not really listen because I took for granted I would hear them again. My grandmother turned 100 in November but she is now living completely in the past so it is hard to get anything "concrete" from her. When I started digging deeper into family history, she was disgusted and kept saying I didn't need to be digging up the dead because she had already told me all I needed to know. I knew what her fears were...I stumbled upon the family "secrets" and they were not really earth shattering, just things that bothered her I guess. I would LOVE to be able to go back in time for just a few days to understand completely what my ancestors held dear in their daily lives and of course to ask a thousand questions! I loved your article Ragtimelil. It is very interesting.

It's never too late to write what you do know.

That is a sad lesson many of us learn. i also regret not asking questions about my family. I would love to know more. Your family lore would make a great book.

That's absolutely wonderful! It's really the stories you can never recover. That's great!

My grandfather wrote his memoirs in his 90s. It's not exactly an autobiography, because he doesn't focus on chronology, events, and various facts, and I doubt he remembers some of the years exactly (in fact I've seen he doesn't), but it's still something, and interesting in its own right: he focuses on some important emotional moments in his life. I wish more people did that . . .

I've lived pretty close to that - but I always had a car. And a computer.

Very interesting, makes me think we've become so comfortable with the many modern conveniences, maybe far to accustomed. Oh my what would many of us do today if we lost those everyday modern comforts we take for granted. The hard times they endured certainly does make one thankful. :)K

I salute your 17 year old self too. I just wasn't thinking.
Thank you.

This is where I count my blessings every day that I became interested in history so early. At just 17, I was doing the rounds of great-aunties and my Nan asking questions. At the time, it was solely to fill gaps, but now I'm so grateful that I did it.

And I found your own quest really interesting. More please!