Besides the Ocean of Time: reflections on the book

There is sometimes a book that captures you, and this is one that did it for me.

Occasionally you read a book in which the central character is one with whom you can identify. This is the case with me and Thorfinn Ragnarson of the imaginary island of Norday in the Orkney Islands. Thorfinn is a quiet boy. Given to dreams, he seems to be not the kind of person who rises to the top in a profession. But he makes something of his life. George Mackay Brown has produced an enchanting character whom the readers will love.

The image above shows Orkney and is courtesy of Eleonora 1402

Aliens and the Pencil Monitor.

In infant school, aged six, I had a Thorfinn moment. My teacher had made me pencil monitor, but I had paid scant attention. So next day when work  was being allocated my body was in the classroom, but my mind was in deep space, leading star fighters in combat with an alien battle cruiser, a huge ship heavily armed with powerful death rays..Then my reverie was interrupted by a little girl who very kindly reminded me that it was my job to  give out the pencils. I wandered around a bit, not knowing where they were, then the girl took pity on me. "You don't want to be pencil monitor, do you?" she asked. I said that I didn't, so she rushed to Miss McLeish, and told her that I didn't want the job and asked could she have it. So the girl became pencil monitor and I returned to commanding Star Fleet.

"He's a dreamer!" Miss McLeish told my mother. Thus when I encountered the fictional character of Thorfinn Ragnarson, who dreams through his lessons and prefers the fictional world to the real one there was an instinctive sympathy. Early in the book Thorfinn is having a history lesson about Norse expeditions through Russia, and his  teacher despairs that he is looking out of the window and taking nothing in.But his mind is alert and using the  lesson to make an imaginary world in which he is a participant, constructing a story out of what the teacher is saying. But he gets into trouble nonetheless.

The book begins with the line, "Of all the lazy and most useless boys ever to attend Norday school, the laziest and most useless was Thorfinn Ragnarson" No one expects anything of his career, and his father doubts that he will have much success and worries what will become of him. Everyone thinks that he is useless, though the women say that he is a nice boy. Thorfinn progresses through life,enduring the miseries of prisoner of war status in World War Two,where in his confinement he  turns to writing, where his imagination is allowed to blossom and he finally finds what he can do. The book is a cry from the heart for the education system to recognize the sensitive and imaginative child and refrain from imposing a pre-determined career pattern on him/her.

Thorfinn eventually returns to the now deserted island of Norday, wed now to the dreamy and beautiful young woman who seemed to be out of his reach, and he commits himself to the work of writing the ultimate poem. He has come full circle. Not only has he returned to Norday, but to the self sufficient lifestyle of his ancestors.

Besides the Ocean of Time

One almost entirely overlooked aspect of sexism is the plight of sensitive boys. Women can be sensitive, they can weep and  gain sympathy for it, but sensitive lads have it hard. Their macho fellows deride sensitivity and look down on the sensitive male. These lads are not top sportsmen, and they are not alpha males. Often the sensitive boy is neglected in sports, even when he wants to take part. When the lads are picking the teams the sensitive lad is selected last. And even then the ball is never passed to him, but he is blamed when the game  or a chance is lost, I know from personal experience. The sensitive boy has to hide his sensitivity. I at times read poetry in a quiet corner of the school library, hoping that the other lads would not see me. Alpha males get all the kudos.

Thorfinn is a sensitive boy fortunate to be in a tolerant community where he is not bullied. But he is alone, and no male friend is ever identified in the book.  When we read the book with this idea in mind we see that the book  is  a plea for tolerance of sensitivity and individuality, for the individual who is simply different from other people around him.

Some years ago I was working at a college on a short contract. It was the college which my son had attended shortly earlier. The principal came into the staff room and delightedly read out the official statistics that measured the positive destinations that our college students had taken up on leaving.There were so  many in university,so many in training, but my son was not recorded, for his career destination did not fit into the official pattern. My son had set off to work on an estate in Norway, where he had positive experiences and learned estate working skills, along with some Norwegian. But the official recording system could not cope with anything out of the ordinary; and it is enforced by OFSTED, the inspectorate, who are composed of people who have risen up the system  by conformity to conventional norms. Not my favourite people, in fact no one's favourite people, and I speak as one who has come through OFSTED inspections very well.

Modern societies tend to ram children into a  straitjacket. Any child who says that he or she does not want a career is frowned on. Society expects people to measure the value of their lives through the job that they do and their success in climbing the career ladder. The individual who wants to create his or her own career path cannot be comprehended by the conformists in education. Furthermore, there are targets. Currently the "egalitarians" have set targets for boys to go into care work and girls into engineering, so as to equalize the gender balance in these trades. But these zealots of political correctness never ask the boys and girls what they want. I have never met any of them who ever asked what makes a child happy, for they are driven by goals to be imposed on children. Not have I ever met any of them who promote individuality, and they try to fit the children into a procrustean bed to suit their ideological or political  goals.

The story of Thorfinn Ragnarson is a cry for the individual to be respected for who they are and allowed to flourish in doing their own thing, seeking their own goals and simply not fitting in.It is a book worth reading.

And you have done well academically!

Aged five or six I used to creep out of bed and look out at the night sky on warm, clear nights, in awe and dreaming of flying to the stars. In a garden opposite I used to see a girl who read at the window by torchlight. We were each using the night in different ways to feed different dreams. I have spoken to her but once, when her niece married my younger brother.

Each person has unique dreams and aspirations. I too spent many hours peering out of school windows. But I those hours I too was mentally active.

I did a few months working in a school whose staff room was too smoke filled for me to tolerate, so at lunch sat in my room and listened to my music. Then two children asked me could they sit there in lunch, and they were followed by a few more. Eventually there was a little group of children too sensitive for the yard, who saw my room as a refuge.

This sounds like a book I would enjoy reading. I very much agree that sensitive boys, and those who don't fit the norm of what public education seeks out, are often left behind and under appreciated. I have three sons. None of them were very good at sports, and even though they played on teams occasionally, it didn't last long. It wasn't their "thing". They didn't get very good grades in school either, and I always wished there had been something for them to work towards that interested them. I also worked in the public school system (in the US) and felt sorry for the many boys I met who also felt a disconnect and simply didn't want to be there. My children are very spaced out in age with 20 years difference between the oldest and youngest, and my youngest son attended a high school that offered a video arts program and modern music classes that included his rock type music where he could play his guitar and compose music! So maybe that is a sign that, some schools at least, are branching out to offer more to the kids who are searching for a place where they can thrive. 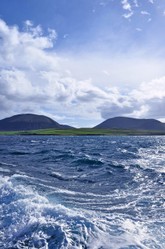 I LOVED Nick Hornby's writing in About a Boy. It was spot-on for the characters he created. About a Boy is a jewel of a book that reads extremely fast (now THIS is a page-turner!)
53%  4   6 NanLT
Fiction 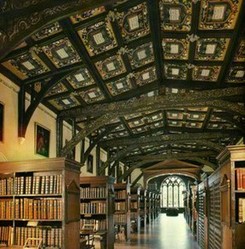 Historian and wine blogger, Deborah Harkness has written a supernatural tale of intrigue, magic and vampire romance for adults. "A Discovery of Witches" has been a real treasure.
Loading ...
Error!