Plugging your high definition television to your old stuff won't do. Learn what you need to get the most out of your HD TV set.

There is no denying that the picture quality of HD TVs is amazing. No wonder these new televisions were able to penetrate the market as fast as they did. Here are some tips to help you get the best possible experience from your set and possibly the best HD setup for your budget.

There are many good systems that are cheap and that are perfect for small rooms. While a cheap 150W home theater system may not look like much the difference in sound quality is huge even if the television itself has the same sound output. The reason is that these systems spit the sound spectrum properly. Most of the output power goes to the the subwoofer which is responsible for bass frequencies. What is left of the output goes to satellite and center speakers that are responsible for treble and mid range sounds which do not require a lot of output because these frequencies do not need to move as much air as bass frequencies do. This is why bass sounds make windows shake and treble frequencies don't.

Trust me on this one, a cheap 150W system will let your neighbors know which movie you are watching. There are even combos packages that include home theater speakers, a center unit and a Blu-Ray player at a bargain price that is almost a steal. Remember not to abuse the volume knob. Extremely loud volumes may damage the speakers especially satellite and center channel speakers or even worst, your hearing.

A Blu-Ray Player Is A Must!

Add a Blu-Ray player or a PS3 (The PS3 has an internal Blu-Ray player.) into the mix. Lets face it, if you own one of these televisions and you are still relying on your trusty old DVD you are missing half the fun even if you are subscribed to a service that transmits in HD. Movies that are transmitted in broadcast channels are usually yesterday's movies.

By having a Blu-Ray player in your home you can rent movies which is usually cheaper than buying them though Pay Per View and you can have them around for a few days so that other family members or friends can watch them. In addition, you can watch all the special features and other goodies that are available only on discs. You do have to take a trip to a video club but at least you are not tied up to sitting in front of your television set at a fixed hour. Most of the time Blu-Ray players are cheap unless you go for one with a lot of fancy features. There are many products from top brands that sell for less than $150. Don't go for a product from a weird brand unless you plan on replacing the product often if you know what I mean.

You May Need An HD Subscription Service

While this may sound obvious to those that are tech savvy, a lot of people don't know that they need to be subscribed to an HD service or at least be able to pick up HD channels trough their home antennas to see a difference. I would say that at least 35% of the people that I know personally that have bought a high definition television for the first time thought that all they needed was to plug the set and presto everything would look nicer. Yep, plugging your television to an old cable box that receives no high definition channels means no improvement. In fact, the picture may actually look worse that with your old tube TV. You need to upgrade your subscription or perhaps the receiver if the company is already providing free HD as part of their standard service.

Use The Right Cable Connections

Remember to plug devices using HDMI whenever possible. HDMI means high definition media interface and was developed for HD. The benefit of this interface is that it offers lossless connectivity. In the world of connections and gadgets this term refers to connections that do not need compression or that the level of compression is very low. Compression as the name implies lowers the amount of data that moves across the connection at a loss. In order to reduce data usage compression removes frequencies that it determines that are less important. The problem is precisely that, it removes data which leads to lower quality. HDMI avoids the issue by allowing massive amounts of data to move freely in and out without compression. Hope this helps you get the most out of your HD television. Most of the stuff is cheap and will make a world a difference the next time you watch a movie or anything that you like. If you already own the television set you can get most of the items without having to spend more than $300 unless you have to pay more for a recurring subscription which results in a higher monthly bill.

Finding Cheap HD TVs: Televisions For Less
Not all HD TV sets are high quality. Learn how to get the best deals when shopping for an HD television set for your home or business.

Your Comments Are Welcome!

Hi Angel, I am Glad that this article was helpful to you. The thing about HDTV is that to see any difference the source signal has to be in an HD format. This is something that we didn't have to worry about with standard definition televisions. Everything used the same resolution. An exception was the analog to DTV switch but that is a whole different story.

Thank you for reading and commenting on my article. :-)

Very helpful information! I just purchased an HDTV and needed to know all this information. Thanks!

Learn about HD resolutions and how screen size and sitting distance affect yo...

There are different brands of HDTVs in the market. Because it is an investmen... 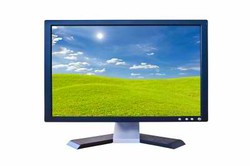 Learn about HD resolutions and how screen size and sitting distance affect your perception of the quality of the picture.
16%  1   2 Nina
HDTV TVs 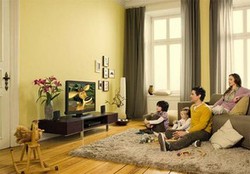 There are different brands of HDTVs in the market. Because it is an investment, you have to make sure that you will buy the best HDTV model for your home.
Loading ...
Error!