Hey guys, want that rock star look? You won't get it without the right boots; here are the best rock star boots for men and links to the lowest prices online. 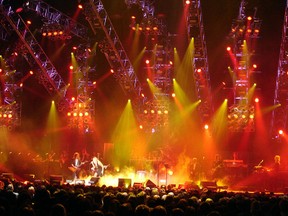 We're all fascinated by the attitudes and looks of rock stars. And why not? They seem to embody the very outlook on life we all wish we could have. They don't worry about the little things that would bother the average person, and are universally loved almost anywhere they go. When a real rock star walks by, people notice.

You can have that same effect - even if you've never sat behind a drum set or strummed a guitar string in your entire life. It's true! When you see a rock star in a public place, are they walking around with a microphone in their hand or a bass guitar slung over their shoulder? Of course not.

That's the lesson: Looking like a rock star has nothing to do with playing music. It certainly won't hurt if you're in a rock band or can shred as a lead guitarist, but it's not necessary. All you really need are the right clothes and the right attitude. You're on your own when it comes to the attitude, but as far as clothing goes, it all starts at the feet.

That's why I put together this list of the best rock star boots for men. I'm not including any generic crap here, these boots are the real deal - the very same boots that are worn by rock stars around the world.

Motorcycle Boots are a must in any rock star's wardrobe. Specifically motorcycle boots with harnesses. The buckle is the ultimate selling point here, it oozes rock 'n roll.

The 12R Harness Boots by Frye is the best-of-the-best when it comes to rock star motorcycle boots, and are the first choice of many of the world's number one rockers. And they are the most deserving of the number one spot on this list.

These boots have been worn on the feet of rock's greatest musicians. And there's a good chance that the harness boots you've seen your favorite guitar player, lead singer or drummer wear are in fact a pair of these Frye's.

Legendary Boots Straight From The Stage

When it comes to the biggest names in rock star footwear, you'll be hard pressed to beat the infamous Dr. Martens. Or as they are affectionately known on the streets: "Doc Martens" or simply just "Docs."

The 8761 is world famous, as it is the standard boot that most folks think of when they hear the name "Doc Marten."

And 'Docs' have been around for a long, long time. As a result, these rock star boots have graced some of rock's biggest legends, from punk rockers to head bangers to grunge guys and even more modern alternative heavy metal rockers.

You'll be hard pressed to find a boot company as synonymous with rock stars as Doc Marten. And let's not forget that these are actually some really, really, really well made boots, too.They'll last forever, as evident by the untold tens of thousands of men who use them as work boots at their jobs, such as road construction and carpentry.

Slip Into One Of Rock's Finest

Who Knew Coyboy Boots Were For Rock Stars?

It's true, the most common "look" amongst rock star boots for men are actually cowboy boots; or as you may have heard them called: "Western Boots." You know the shape well, they've got an elevated heel, pointy toes and enough tough leather to build a tent with.

But don't think just any cowboy boots will do, because you'll be in for a rude surprise. What you need to look for are boots with plenty of accent items, just like the Frye 12R harness boots from earlier.

The Durango Concho boots have all the rock star bling you could ever want, and then some. They've got a metal chain that runs across the top of your foot, a metal harness holding it together and even a metal toe piece. The later isn't just for decoration, it can shield your toes from heavy blows (which is important if you're rocking out). I'm not sure I would categorize them as "steel toe" boots, but it's protective just the same.

As for features, these babies are genuine leather up and down. They'll probably last as long as you do (and if you're living a rock start lifestyle, that might not be too long - if you're doing it right, that is!).

This Mule Can ROCK!

If you've spent any time shopping for boots, there's one name that always seems to come up: "Laredo." The reason it comes up so often is the same reason "Ferrari" comes up when you talk about cars. The company makes some seriously rocking boots that have graced the feet of more rock stars than we'll ever know.

So what's the difference between the Laredo Nutty Mules and the Durango Conchos? Mostly just personal preference. I think the Laredos are more subtle, but in a good way. While the Durangos will demand attention, these Laredos will subtly accent your feet, but in a way that won't make them "pop."

That could make them better or worse than the Conchos, depending on what you're after.

But one thing's for sure: You're getting one heck of a boot for the price. Like I said, Laredo is one of the premier brand names in mens boots. Just visit any western bar and you'll see what I mean. Of course Western isn't necessarily "Rock Star," but my point is that the cowboys know good quality, after all they're out working in the ruggedest conditions all day long. Even if their music sucks, you have to hand it to their choice of footwear.

The Classic Rock Shoe Never Goes Out Of Style

What Rock Star Doesn't Rock A Pair Of Chuck Taylors?

Yeah, I know these aren't technically boots. And yes, I know the title of this page is "Rock Star Boots For Men," not "Rock Star Shoes For Men," but Converse Chuck Taylors have such a history with rock and roll that to leave them out of any list would be sacrilegious.

Every rock star I've ever seen has been spotted wearing these classic Converse high tops. Whether it be on stage or just out and about, you just won't find a more proven "staple" of rock and roll than a pair of Chuck Taylors.

I could list all the features, but you probably already know them. These shoes are classic. They've been on the feet of rock stars, athletes and just about anybody else. Believe it or not, they were once the most popular shoes in the NBA (that's basketball, for those who live outside the USA).

A word of warning: These shoes run large, and by "large" I mean "long." If your foot fits perfect side-to-side, chances are you'll have at least an inch or two between your toe and the front of the shoe.

What Are Your Favorite Rock Star Boots For Guys?

Boots? No thanks. Way too redneck for my taste. I'll stick to my tried and true Birkenstock Milano sandals. There's never been a greater addition to my feet than Birkenstock sandals.

Lame article. I mean, if you want to sell boots, awesome. But, don't do it so stupidly. "Rockstars" Yea okay.

The Saucony Jazz Low Pro is an all-purpose sneaker that functions equally wel...

As far as tennis shoes go, Adidas offers the best for both durability and sup... 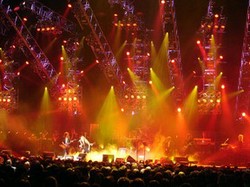 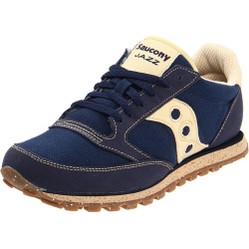 The Saucony Jazz Low Pro is an all-purpose sneaker that functions equally well for walking, or as a minimal running shoe.
8%  0   1 sGrennich
Mens Shoes

As far as tennis shoes go, Adidas offers the best for both durability and support.
Loading ...
Error!