Though bird watching as recreation is more popular among overseas visitors than Indian nevertheless it is becoming popular. In Western India, in the state of Gujarat, there are many destinations that are seeing the light of the day thanks to active promotion by the Government and agencies promoting tourism.

Gujarat has an affinity with the Ethiopian Zoogeographic region and the flora and fauna differ much from other regions. This is the state in India that is home to the Asiatic Lion and wild ass. Incidentally, the home of the Asiatic Lion is Gir equally popular for the presence of striking avifauna. Another major destination popular among enthusiasts is Rann of Kutch which is in the far west where salt mining takes place. The unique geography and terrain are home to many exotic and endemic species not found anywhere. In recent times many groups of birders have started making a beeline for these destinations. 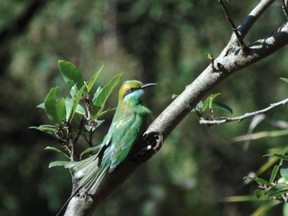 My first introduction to the birds of Gujarat was a visit to Nal Sarovar and subsequently to Thor very near to Ahmadabad the Capital City.

Nalsarovar is a sweet water lagoon that is a shallow water body embedded with a bet or small islands in between and marshes. The lake stretches to more than 120 sq, km is home to a large number of avian species.

Nalsarovar is host to a large number of species that include flocks that arrive in winter from the pale-arctic region and neighboring countries. Among the migrants are chiefly shorebirds, divers, and large ones like pelican, cranes, and flamingos. Both lesser and greater flamingos can be seen in winters.

The mode of transportation in the water body is on rowboats which can ferry you for a long distance in order to isolate yourself from throngs of picnickers that are usually a nuisance. Undisturbed by the crowd flocks of flamingos can be seen feeding on the aquatic plants in the lagoon.

A man-made lake the Thol is situated in the Mehsana District of Gujarat in India. The lake is spread in a catchment area of 153 sq. km. It was made by the rulers of Baroda with aim of providing water for irrigation but in the time to come, a large number of wetland birds made Thol their home along with the winter residents.

It is now one of the most popular birding hot spots near Ahmadabad after Nal Sarovar. Flocks of flamingos, pelicans, geese, and cranes can be seen here on a visit. One can also see the Indian skimmer as well. The water body is full of common species as well winter migrants. 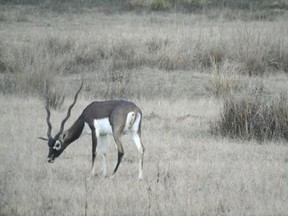 Gir is one of the best places to experience the wildlife of Gujarat and it is the only home of the Asiatic Lion in the World. Besides wildlife watching the destination is one of the prime habitats of birds with more than 300 species mostly residents and some winter migrants.

This one of the few remaining grassland ecosystems in India and stretch more than 3800 sq. km. Situated on the edge of Little Rann of Kutch they are at a distance of 400 plus km from the Capital City Ahmadabad. The grasslands are home a large variety of birds like cranes, flamingos, storks, spoonbills, raptors, and pale-arctic migrants.

Popular for hyena, blackbuck, caracal, and wolves Velavadar is home to Macqueen's bustard and lesser bustard and many more desert species besides the wintering pale-arctic migrants. It covers an area of 34 sq. km and comprises primarily grasslands and shrubs. About 290 avian species can be check listed at Velavadar. It is at a distance of two and half hours from Ahmadabad. 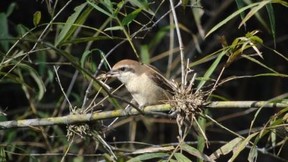 The salt desert encloses many protected along with Little Rann of Kutch. This vast expanse of salt desert and short crop grass provides ample habitat for animals and birds some endemic to this region.

Dasada is situated on the edge of Little Rann of Kutch and is an entry point just 90 km from Ahmadabad. It is also one of the best places for birding in Western India.

Little Rann of Kutch or LRK

The destination is a salt marsh or a saline desert. Some of the protected areas that are situated in this region are:

The region when combined with the Great Rann of Kutch makes the size of this saline desert to 30,000 sq. km

Over two hundred species of birds have been recorded in this region including the pale-arctic migrants. Breeding of flamingo and other large avian takes place at Great Rann of Kutch.

Western India is proving to be a newly discovered hot spot for Indian birds and pale-arctic migrants. With the presence of an amazing number of species birding tours in LRK is gaining popularity.  Gujarat is fast gaining popularity as a bird-watching destination with overseas visitors as well.

The ideal access point is Ahmadabad City the Capital of Gujarat State. It is a large town with an airport and a railhead connecting New Delhi, Mumbai, and the rest of the country.

A large number of tour operators are active in conducting expeditions in this region besides many lodges and resort with good services and modern amenities operate successfully.

there are agriculture fields around Thol and villages the lake attracts migratory and resident birds and small wild animals mostly nocturnal.

pateluday, Thank you for the pictures and practicalities.
Is it big- or small-scale agriculture or agro-industry in the Thol area? Was an alternative put into effect once it was deemed that the artificial lake was more wildlife-friendly than irrigation-minded? 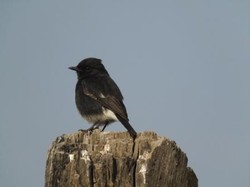