A short story for lovers of solitude who openly embraced being alone, as opposed to those who are terrified by the thought of not having someone else to hide from reality behind.

Fiction for those who don't need violence to survive their literary day.

Tommy popped another small slice of cheese on his tongue and sat back with his eyes closed and waited for it dissolve. He'd have to make a mental note to get some more of this brand because it tasted wonderful. Having let it slowly dissolve he washed it down with a sip of coffee. Heaven.

Tommy glanced at his book he had put to one side while he enjoyed his supper, but didn't pick it up. It was OK, a Neal Asher book, but sometimes he just got tired of all the violence and conflict that made up so much of literature, and he just wanted to sit back and relax and enjoy life.

It was humans' obsession with conflict that led Tommy to pursue a life of solitude. He loved his alone time: no arguments, no moaning and groaning, no conflict - just peace and quiet. Bliss.

Clearly few other people agreed with him, or there would be a lot more 'happy lit' out there in the bookshops. And Tommy found very few novels that were about people who were happy. Novels where the pursuit of compatibility took precedent over the pursuit of conflict. But then most humans were insanely selfish so it was probably no surprise that the books they liked to read pandered to their insane selfishness. It was always "Gee, look those people have something we should have. Let's kill them and take it. I know - let's accuse them of being 'bad' then we can justify our actions as 'good' when we kill 'em. And if anybody disputes our 'facts', we'll kill them as well." Just what the world needs, thought Tommy, more corpses, misery and suffering.

Crazy species, humans. Tommy eyed the block of cheese, maybe one more slice would be just enough. It had been a simple supper, a couple of jumbo size buttery scones, a small block of cheese, and large pot of coffee. Hardly cordon bleu, but more than good enough for Tommy's simple tastes.

What Tommy wanted was someone to write books in new genre: Hermit Lit. Books for lovers of solitude, for those who openly embraced being alone as opposed to those who were terrified by the thought of not having someone else to hide from reality behind. Stories about individuals pursuing their own happiness without wanting to exploit and abuse every one else they came across in their travels.

He glanced at his book again, and then looked at his laptop. It was nothing special, a cheap netbook, but it did all he needed. Tommy was no consumerholic. He bought what he needed to live his life of solitude and simplicity, not what some marketing man thought he should throw his money away on.

Draining his coffee cup, and then moving it to one side, Tommy pulled his netbook on to his lap and fired up a new document. If no one else was going to write what he wanted then he'd do it himself.

Hermit Lit was about to be born.

True - there is hardly any TV serial or a movie that has the happy element. Same with books. All I would like is enjoy the happiness and solitude if life permits.

That's definitely me - natural born hermit. (And I love cheese!)

Maybe I should join in on the new genre -- hermit lit, I like that!
Pass the cheese, please.

Happiness is a jumbo-sized buttered scone.

It's going to be interesting seeing what Tommy turns his talents to when Hermit Lit is unveiled.

A Close Look at Joyce Carol Oates' short story "Where are you ...

This short story, published first in Epoch in 1966 is dedicated to Bob Dylan ...

This is your chance of re-discovering the pumpkins with your kids in story books, cartoons, coloring pages, songs and poetry.
34%  4   3 PDXJPrice
Short Stories 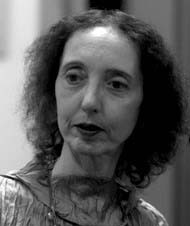 A Close Look at Joyce Carol Oates' short story "Where are you Going, Where Have you been?"

This short story, published first in Epoch in 1966 is dedicated to Bob Dylan and was inspired by the Pied Piper of Tuscon, a serial killer active in the mid 1950's.
Loading ...
Error!