Tommy's back enjoying his solitude, but society's insanity is still bugging him.

Scrolling Through The Horror

Tommy was sat scrolling through his feeds in Google Reader, or to be more honest cursing his way through most of them. It was like wandering down the landing of some old fashioned lunatic asylum - before people got to politically correct to call them that - and watching with horror at the antics some people got up to when left alone for a few seconds. Especially politicians, they were the biggest lunatics of all. With journalists running them a close second.

Old bone dome, William Hague, was now saying they might still be waging war in Libya at Christmas. Tommy had a closer look but it didn't specify which Christmas. It was amazing, there were people being thrown out of their homes and left to starve to death in the gutter 'cos the country had no money, but politicians could still find over £100 million to spend on yet another war in Libya. And the experts were saying it was likely to hit a billion in the long term. Tommy figured that probably meant several billion in reality, by the time the truth about what was really being spent leaked out. Then of course there was still Afghanistan and Iraq, not to mention Yemen, and numerous other countries in the Middle East that seemed to be slowly descending into civil war.

Kill Them! Kill Them All!

And then there was the usual tirade against all social underclasses by the government. Anyone who wasn't working at least 25-hours a day, eight days a week was no better than a criminal or terrorist and should face immediate death if not worse. Meanwhile, the tabloid terrorists were churning out page after page of vitriol against everyone from refugees to the long term disabled - who were obviously all malingerers - and demanding the return of the death penalty for anything from looking slightly shifty upwards. Tommy wondered how many of the national daily newspaper editors were millionaires? He knew a large part of the Cabinet were, but journalists didn't seem so keen on exposing vast wealth in their own ranks. The last time he had seen any figures quoted was a few years ago and most of them were earning a good few hundred thousand pounds a year then. And that was just in straight salary, it hadn't included bonuses, pensions, expenses and any other perks.

Tommy couldn't help wonder how many people in Britain had died because their money had been taken in taxes to pay for killing the poor somewhere else in the world. Or, as it were beginning to look, everywhere else in the world. Craig Murray had said the cost of all the wars was past the £100 billion point some time ago on his blog, so Lord knows what the total figure was up to now. The whole thing was beginning to look like one massive egotistical holocaust against the world's poor by the wealthy and powerful. How many lives could have been saved if that kind of money had been spent on health care, on saving lives, rather than taking lives?

The Genocidal Cult Of Politics

The genocidal cult of politics. Tommy shook his head in resignation.

Unfortunately Tommy didn't have perfect solitude, he was still connected to the world. But as long as politicians didn't nuke everyone out of existence there was still a chance he, and a few others, could survive the holocaust.

Tommy continued to scroll through the insanity: more death, more destruction, more misery. Was it any wonder he preferred the solitary life to the insanity of humanity?

This is my second story about Tommy, you can read the first by following the link

The Birth Of Hermit Lit
Tommy loves solitude and books, but no one is writing the kind of books he would really like to read... 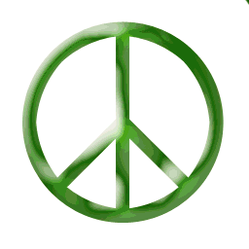 This is your chance of re-discovering the pumpkins with your kids in story books, cartoons, coloring pages, songs and poetry.
68%  5   8 Mike
Short Stories

A short story for lovers of solitude who openly embraced being alone, as opposed to those who are terrified by the thought of not having someone else to hide from reality behind.
Loading ...
Error!