Vila gets distracted from his search for Dayna in Mindset, the third in the second series of full-cast Blake's 7 audio plays from Big Finish.

The promise of immortality proves too tempting for Vila in Mindset, the third in Big Finish's second series of full-cast Blake's 7 audio plays. But when he teleports down to the planet to seek out the water of life, all is not as he was expecting. And who is the mysterious person in telepathic content with Cally?

The quest to find Dayna continues in the third adventure in the second series of full-cast Blake’s 7 audio plays from Big Finish. Set in the third season of the original BBC television series, 2.3 Mindset continues the arc where the crew find that Dayna has mysteriously disappeared.

Written by Jacqueline Rayner, the story starts with Vila discovering that Dayna may have been looking for her presumed-dead mother. Vila then disappears as well, searching apparently for the water of life. Cally makes telepathic contact with Reno, another Auronar, a very creepy Auronar. Grant and Tarrant go down to the surface to track Vila and the trail leads to a waterfall, the same waterfall where Reno claimed to be. But why isn’t he around?

Is Mindset any good?

To lose one crew member is unfortunate, to lose two… Well, we all know the saying. A nice touch was Tarrant saying he didn’t want immortality because it was too easy to torture someone who couldn’t die. Very practical.

This is a thought-provoking tale looking at what is life, what is important about life, what is beauty. There is a certain similarity with the television episode Sand, but this time it is the water not the sand that is alive. And there is a nice twist at the end summed up by Grant saying: “Something weird is going on here.”

A minor flaw is when Tarrant says they can’t teleport the water back to the planet because you can’t teleport water, but the water had been teleported up to the Liberator in the first place. Plus human bodies are mostly water, and they can be teleported.

There is a trailer for the next episode Ghost Ship and three blocks of extras, each around four minutes. The first is an interview with director Lisa Bowerman about how she thought it was nice to explore Cally’s psychology as well as hinting at the relationship between Cally and Avon. Producer Cavan Scott and script editor Justin Richards add their own views and admitted they were looking for something more on the fantasy side, which Tanith Lee – who wrote Sand – brought to the original show.

The second extra block adds Geoffrey Breton talking about the character Reno. And the third brings in sound designer Martin Montague about the problems of having water sounds constantly in the background when they were on the planet, and the effect that had on his bladder.

A little complaint about the extras – it would be nicer if the interviews were more in depth rather than just a collection of short thoughts. Instead of jumping back and forth between different people, a longer interview with just one person has the potential to be more interesting. They did that a little with Martin Montague but it was still quite short and it didn’t even fill all of the third extra.

Recorded at Audio Sorcery and directed by Lisa Bowerman, the hour-long Mindset is available from Big Finish both as a single CD and as a download. Its production code is BFPB7FC010 and its ISBN 978-1-78178-406-8. The music was by Jamie Robertson and the sound design by Martin Montague. The cover art is by Grant Kempster. The producer was Cavan Scott, the script editor Justin Richards and the executive producers Jason Haigh-Ellery and Nicholas Briggs.

The download also comes with a copy of issue 71 of Vortex magazine, which like issue 70, apart from a one-page advert, has no Blake’s 7 in at all. There is though an interview with Tom Baker about the latest Doctor Who release and a little teaser for the audio version of Terrahawks, which is coming soon.

Blake’s 7 Fortuitas review: Second in the second series of ful...

The search for Dayna continues in Fortuitas, the second in the second series ... 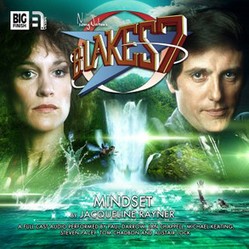 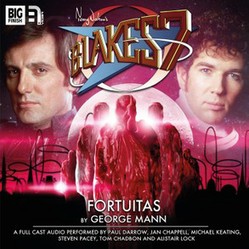 The search for Dayna continues in Fortuitas, the second in the second series of Blake's 7 full-cast audio plays from Big Finish.
24%  1   3 SteveRogerson
Science Fiction