This page looks at some of the current leading ladies of Bollywood who have proved themselves time and again and are leading the pack.

Beauties of Bollywood... Fortunes change every Friday at the box-office. What's hot one week is cold shouldered by everyone the next.

It's not easy to remain relevant in the showbiz. Camp Politics, Casting Couch, Fickle Fan Loyalty - not everyone's cup of tea to handle such pressures.

Bollywood and Music are inseparable. Who can imagine a Bollywood flick without its dose of Masala, Dance, and Music. Music in fact is the lifeblood of Bollywood, so all these actresses are in fact dancers too.

The Green Eyed beauty is aging but refuses to quit. Indian audiences like their heroines young, and unmarried :) Despite nearing 40 and being married to Abhishek Bachchan for a few years now - her recent performance in the movie Robot has shown she is not ready to give up the crown yet.

Aishwarya Rai started the trend of beauty queens entering the movie biz in large numbers - immediately after their crown tenure was over.

She is the highest paid actress in Bollywood right now: she charges about 60 million Indian Rupees per movie. That would be a bit over US $1.5 million. Not close to what the leading ladies charge in Hollywood but impressive none the less.

She has acted in a few Hollywood and crossover movies as well.

Daughter of famed Badminton player Prakash Padukone - who won the All England Championship in the 80's - Deepika had a fabulous entry in Bollwood with Om Shanti Om in 2007 and won both the Filmfare Best Female Debut Award as well as the Filmfare Best Actress Award for the movie.

Deepika has quickly cemented her place at the top with superb performances. Her forthcoming Movies are Break Ke Baad and Khelein Hum Jee Jaan Sey.

She belongs to the first family of Bollywood. From her great grandfather Prithvi Raj Kapoor to her cousin Ranvir Kapoor - the Kapoor family has given Bollywood many gems. Most illustrious of the Kappors - Raj - is still remembered fondly by Bollywood lovers all over the world.

After having spent a decade in the showbiz Kareena is a veteran. However she has shown no signs of tiring. Her transformation to a size zero a few years back was not appreciated by most of her fans.

I really liked her performance in the recent movie Golmaal 3.

The small town girl who became a Super Model. Bipasha Basu won the Ford's Supermodel of the World Contest in 1996 and never looked back.

Her fans are eagerly awaiting her two new releases in 2011 - Players and Singularity.

What I like about her most is her bold and outspoken nature. Most of the Bollywood heroines act coy and try to play it safe but Bipasha Basu is not shy to speak her mind.

Katrina Kaif entered Bollywood in 2003 with Kaizad Gustad's Boom. The film didn't do well but she shifted base from London to Mumbai and has cemented her place in the top rung of Bollywood actresses.

Her Hindi isn't very fluent, but she longer needs dubbing. Katrina is a Cancerian and shares her sun-sign with me :)

Salman Khan - one of the leading actors in Bollywood is credited with being her Godfather in the film industry and their on and off relationship attracts a lot of media attention.

I don't think she can carry a film alone on her delicate shoulders but she is maturing as an actress and her best is yet to come. Katrina Kaif's on screen chemistry with Akshay Kumar is amazing.

In a short span of five years and with just a handful of movies Vidya Balan has achieved what very few actresses achieve in their lifetime.

Though she hasn't got the figure and face of a typical Bollywood heroine, no one can ignore her acting prowess.

I really enjoyed her performances in Bhool Bhulaiyaa and Ishqiya. I am sure no movie lover would forget her role in Lage Raho Munna Bhai either.

Surely one of the Top 10 leading actresses in Bollywood today. Vidya Balan is destined to achieve greater heights.

She won the Miss World Pageant in the year 2000 and made her acting debut with the 2002 Tamil film Thamizhan.

She has acted in over 40 movies so far and while it can be argued that some of the movies were not really good choices - there is no doubt that Priyanka Chopra has a huge fan following and is one of the top most leading ladies in Bollywood.

Some of the movies in which she has performed well are - Mujhse Shaadi Karogi, Fashion, and 7 Khoon Maaf. Hope she will mature in her decision making and will strengthen her claim to the crown of Bollywood Queen.

She is a new entrant to the world of glamor. However, after watching her first movie - Dabangg - I am pretty sure she has the acting prowess to join the top league of Bollywood beauties.

She performed really well in her first movie, and was not overshadowed by big stars like Salman Khan. Her father Shatrughan Sinha starred in many big hits during the 1970's and the 80's and is a politician now. Just the right mix of genes and connections to propel her forward. Watch out for Sonkashi Sinha in the next few years.

My favorite is Aishwarya Rai (my ambassador of India) her appearance on the Oprah Winfrey Show did more to enlighten me about India then all the news feeds and the United Nations press releases combined.

Bipasha Basu, Miss World 2000 is beautiful, talented and a wonderful actress, but there is only one Aishwarya Rai...in my humble opinion.

So am I right, are these the best Bollywood actresses?

Vote for your favorite below... and any I missed in the comments

The best Bollywood Films from India and Pakistan from the dawn of movies till...

Leading Men of Bollywood: the most successful and popular male stars in India... 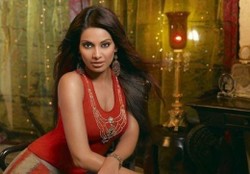 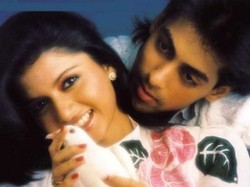 The best Bollywood Films from India and Pakistan from the dawn of movies till now.
17%  1   2 spirituality
India 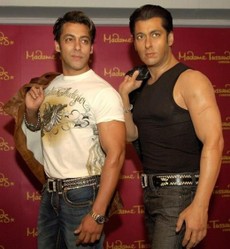 Leading Men of Bollywood: the most successful and popular male stars in India and Pakistan.
Loading ...
Error!